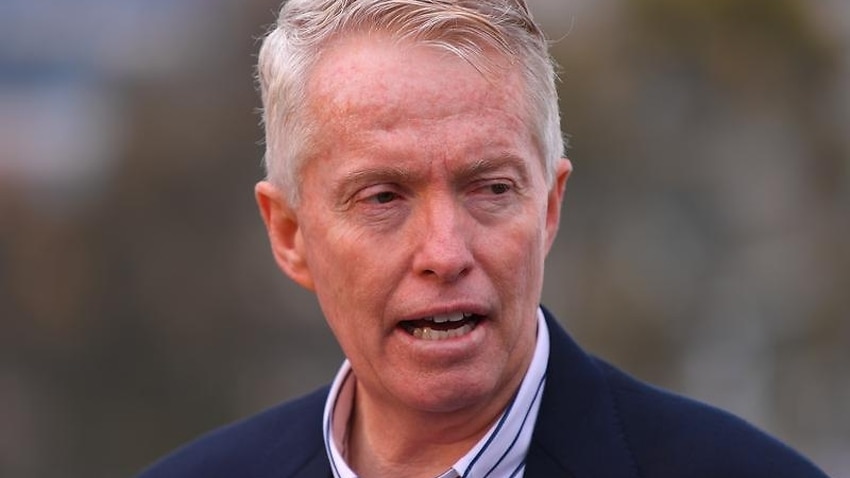 Craig Tiley says vaccination rates among players have jumped from 50 to 80 per cent ahead of the Australian Open. Source: AAP

Nine-time Australian Open champion Novak Djokovic will need to show his vaccination hand within weeks while all of the leading women, including titleholder Naomi Osaka, have committed to the January tournament.

Speaking at the Australian Open launch on Saturday, tournament boss Craig Tiley said there had been "no pushback" from international players about being double vaccinated to play, which was mandated by the Victorian government last month.

"I don’t expect there to be many - probably very, very few, if any - that wouldn’t be fully vaccinated," said Tiley, who is also Tennis Australia's chief executive.

He said vaccination rates among players had jumped from 50 per cent to above 80 per cent in the last six weeks.

The status of defending champion Djokovic remains unclear though and Tiley said the world No.1 understood he needed to be double vaccinated to play.

Djokovic shares the record of 20 men's grand slam singles titles with Rafa Nadal and Roger Federer and will be looking to break that tie by winning a 10th Australian Open title.

Nadal has confirmed he will play at Melbourne Park while Federer is the only player to declare his absence, although that is due to his recovery from knee surgery rather than vaccine hesitancy.

"We have been speaking to Novak and his team and they understand clearly that in order to come and play in the Australian Open they need to be fully vaccinated," Tiley said.

"They know that it's a condition for everyone, not just the players, but the fans and all the staff and he had indicated that it's a private decision for him and at the right time he will tell us.

Defending Australian Open champion Novak Djokovic will be required to provide proof of vaccination within weeks to participate in the 2022 Australian Open. Source: AAP

"I know that he wants to play, he's clearly indicated that and he knows the conditions that he would have to undergo in order to be eligible to play."

Tiley said international players were currently going through the travel visa process with the Federal government while entry for the Open closes in December.

"Entry in here will be determined by around early to the middle of December on the entry deadline," Tiley said.

"So you'll know when a player's entered an event ... so in the next couple of weeks you will have really good indication of where everyone's at because at that point there's an official list of who's going to be here.

Tiley said he had spoken "in the last 48 hours" with seven-time champion Serena Williams, who told him she would return to attempt to draw level with Margaret Court's record of 24 grand slam singles titles.

Osaka, who has not played since the US Open, has also confirmed she will be in Melbourne as well as the tournament's surprise champion Emma Raducanu.

Australia's world No.1 Ash Barty started her preparation at her Queensland base this week.

Tiley said players had responded quickly after Victorian premier Daniel Andrews declared last month that everyone on site at Melbourne Park must be double vaccinated.

"At that point there was only about 50 per cent of the players that had been travelling were vaccinated," he said.

"Over the last six weeks, that number's gone to well above 80 per cent and has continued to track towards 100 per cent."

Crowds will return to full capacity for the 2022 edition after fans this year were banned for five days due to a snap lockdown and limited through the event.