New research estimates Victorian women are doing the majority of the state's unpaid work and puts the value of this work at $205 billion. 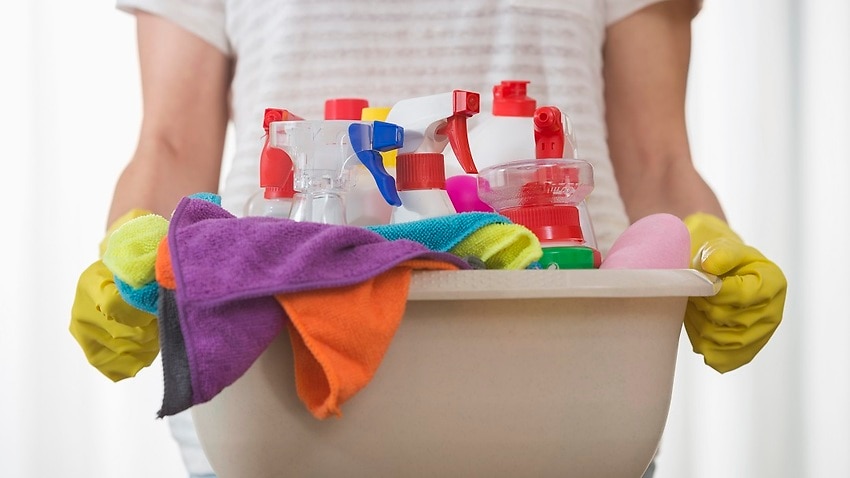 A Victorian study has found women are doing 1.7 times the amount of unpaid work than men. Source: AAP

What is daily housework, cooked meals, hours of feeding, changing and looking after children worth?

The Victorian government has endeavoured to put a price to these labours of love - $205 billion.

That's about half the worth of Victoria's Gross State Product.

A government-commissioned study has shown Victorian women are are doing 63.2 per cent of the state's unpaid work - about 1.7 times that of men.

The data, produced by Deloitte Access Economics, is part of state government efforts to address the gender pay gap - for which unpaid work is considered to be a contributing factor.

"Putting a dollar figure on unpaid domestic and care work means we can actually value it," Minister for Women Natalie Hutchins said on Saturday.

"When we value unpaid work, it's more likely we'll share it."

Workplace consultancy Grace Papers has been commissioned by the government for a modest $278,000 to advise public sector managers and employees on navigating pregnancy, parental leave and return to work.

Systemic biases at work and home

"It is at the time when people become parents that there is a reversion to the traditional gender stereotypes around mother-carer and father-breadwinner," Ms Gilbert told AAP.

"There's a conversation that has to be had at home around how to readjust when carers return to the workplace."

Ms Gilbert said her work is less about changing the individual, more about the system.

"The number one concern for first-time fathers is job security," she said.

"Unless our policies change, we won't see that pressure alleviated.

"If women's careers were better supported, then men wouldn't feel the same degree of pressure to be the breadwinner."

Grace Papers takes its name from the idea that 'grace' is about seeing potential in every individual, Ms Gilbert said.

"Grace is a gift and becoming a parent is a gift."