The Australian Hotels Association Victoria says the last-minute clarification has made it harder for businesses to be fully prepared for the state's reopening on Friday. 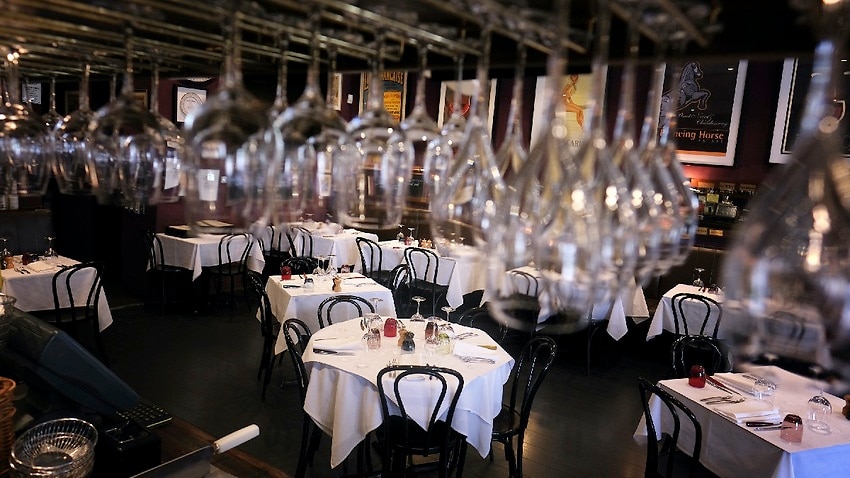 The AHA has requested a grace period to allow staff to get fully vaccinated, similar to that given to the construction industry. Source: AAP

Victorian authorities are standing by a mandate for hospitality workers to be fully vaccinated for COVID-19 before Melbourne's pubs, cafes and restaurants reopen, despite fury from the sector.

Hospitality staff must be fully vaccinated in order to work when Melbourne's lockdown lifts on Friday, it was revealed on Tuesday.

This is despite online health directions stating authorised workers, including hospitality, must have one dose of a vaccine by 22 October, with a second dose required by 26 November.

Australian Hotels Association Victoria chief executive Paddy O'Sullivan, which represents pubs and hotels across the state, said the government had "moved the goalposts".

"Members who were ordering stock, rostering staff on the previous timing schedule for vaccination, only to then be told yesterday that is in jeopardy - they are furious," he told AAP.

"Staff are distraught, having been basically on and off their workplace for the last 18 months or more. It is very, very upsetting."

The AHA has requested a grace period to allow staff to get fully vaccinated, similar to that given to the construction industry, because otherwise many venues will not be able to open, it says.

But Victoria's COVID Commander Jeroen Weimar said "there is no wriggle room" on the vaccine mandate for hospitality and said it should not be a problem for employers to find fully vaccinated staff.

"It would be bizarre to be in a world where we have said, 'you can only be a customer in these places if you are fully vaccinated' but the staff do not need to be fully vaccinated. That doesn't really stack up," he told reporters in Melbourne.

"We would expect the people that are now being asked to please come back into work are the first ones to have got themselves organised to get themselves fully vaccinated, so that they can serve their customers.

"It does not seem an unreasonable proposition to me."

The hospitality sector confusion comes at the same time as the entertainment industry's hopes of reopening indoors were dashed by a "typo" in COVID-19 directions.

Documents were released on Sunday suggesting they could open to 20 patrons, but on Tuesday Premier Daniel Andrews said their inclusion was an error and they could not reopen until 80 per cent double vaccination coverage.

Melbourne is set to be freed from its sixth lockdown at 11:59pm on Thursday, with some pubs in the city to reopen at midnight.

Read More
Restrictions in Victoria are changing. Here's what you need to know

Mr Weimar confirmed Victorians, including hospitality workers, will not be allowed to leave their homes until midnight Thursday, as the city's 9pm curfew will apply until then.

He expects the state to hit 90 per cent first dose on Wednesday, as 89.8 per cent of Victorians aged over 16 have received one dose of a COVID-19 vaccine, while 68.5 per cent are fully vaccinated

Twelve people died from the virus, four women and eight men, taking the toll from this outbreak to 175.

From Wednesday there are no more red zones in NSW and fully vaccinated travellers will not have to isolate when they arrive in Victoria, but those who are not will have to isolate on arrival, get tested within 72 hours, and remain in isolation until they receive a negative result.