Nearly 4,500 Australians have been fined thousands of dollars for breaching social distancing rules.

New police data suggests there are substantial differences in how each Australian state and territory is enforcing coronavirus restrictions.

While each state and territory has implemented similar social distancing rules agreed by the national cabinet on the basis of medical advice, the number of fines issued in each jurisdiction ranges from almost 2,000 to zero. As of Thursday evening, Victoria Police had issued the most fines in the country, with a total of 1,955 infringement notices handed out. The state introduced the $1,600 on-the-spot fines at the end of March.

There was a steep drop in fines in the remaining states.

Tasmania has charged 144 people, there has been 119 in South Australia, 42 in the Northern Territory, and just 13 in Western Australia. Police speak to a driver at a road block near the Queensland-NSW border.
AAP

Police in the ACT have issued zero fines to date.

An ACT Policing spokesperson told SBS News the force had directed officers to not issue any cautions or fines until further notice. 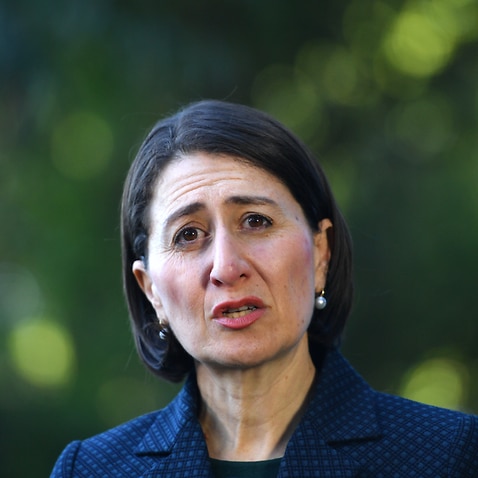 “These experiences are new for everyone, so it is fair and right that ACT Policing continues to educate people about the health directions and social distancing guidance,” the spokesperson said.

“Most people are trying to do the right thing and ACT Policing’s job is to help them do so.”

Victoria Police said it intends to review every fine handed down to determine whether a caution would have been more appropriate. 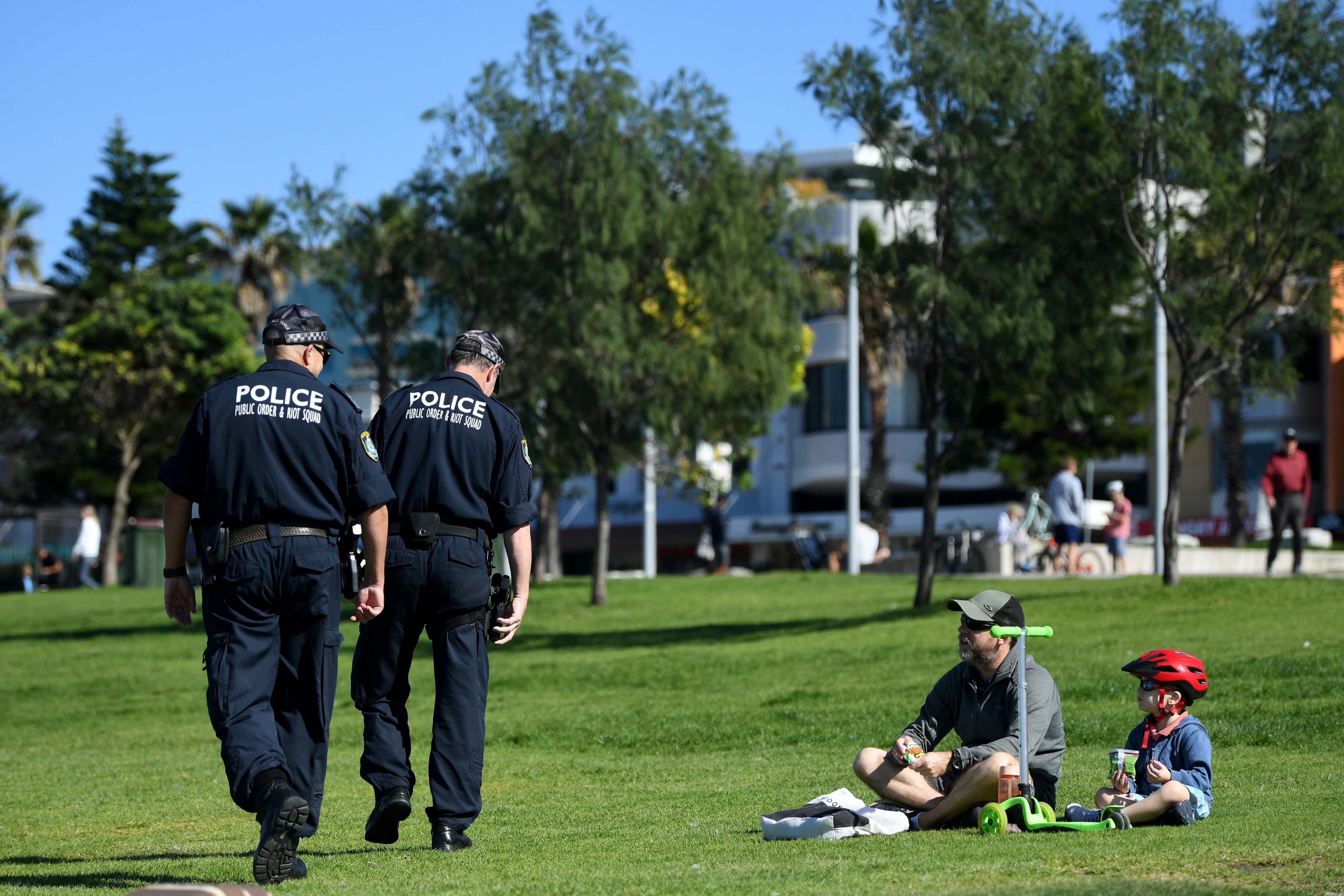 NSW Police ask people to move on while patrolling during the Easter Long Weekend at Bondi Beach.
AAP

“We can reassure the community that Victoria Police are using discretion where appropriate and only issuing fines for blatant, deliberate or clear breaches of the chief health officer’s directives,” a Victoria Police spokesperson said.

“We are still reviewing all of the fines issued to date, however, those that were not properly issued or do not pass the common sense approach will be withdrawn.”

Queensland has also committed to review each fine. 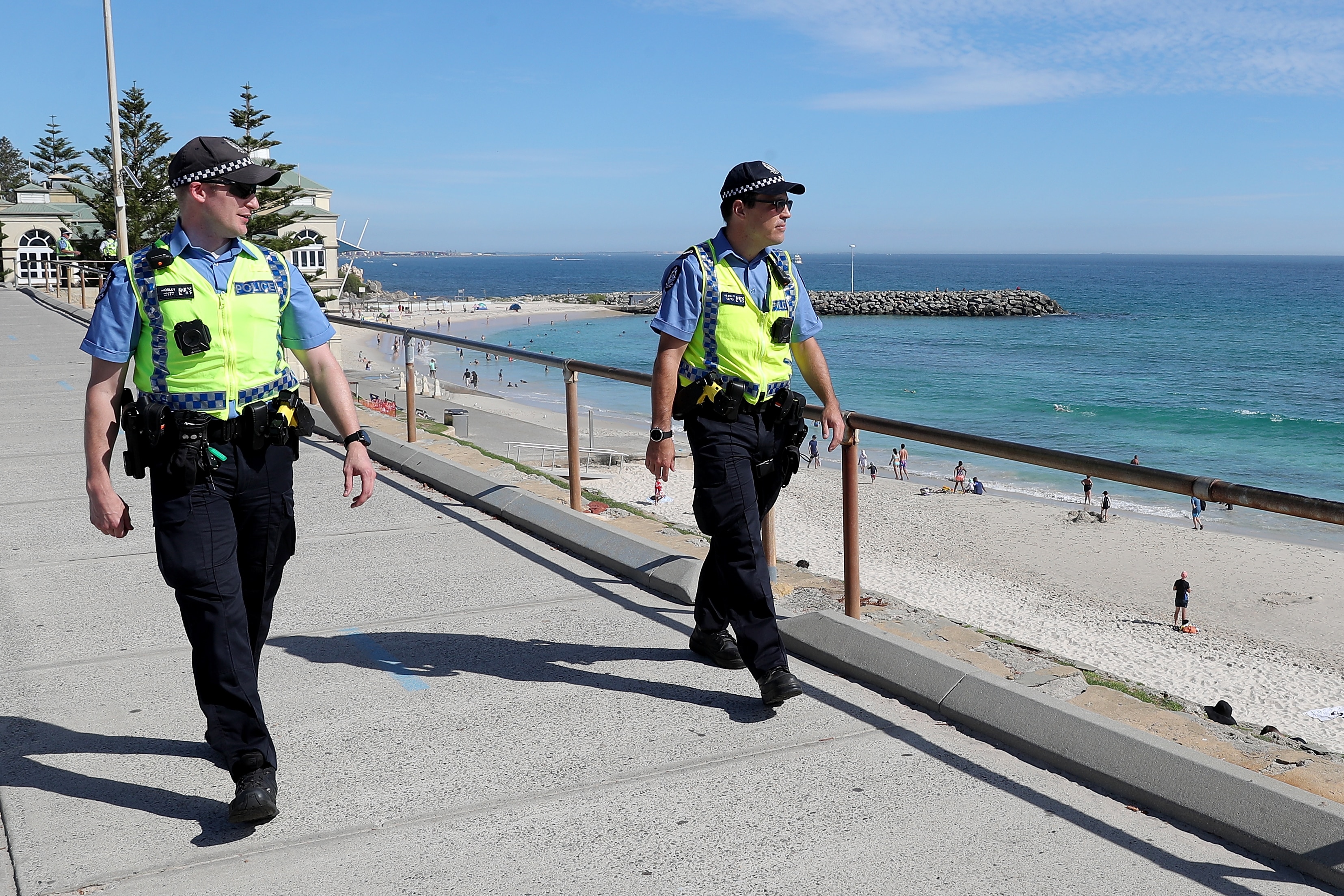 With 438 confirmed cases of COVID-19 across the state, a South Australia Police spokesperson said the force was taking a “conciliatory” approach to enforcing the state’s restrictions.

“It is important to note that South Australia has been able to adopt less severe restrictions than other states due to high compliance and low community transmission of the virus,” the spokesperson said. 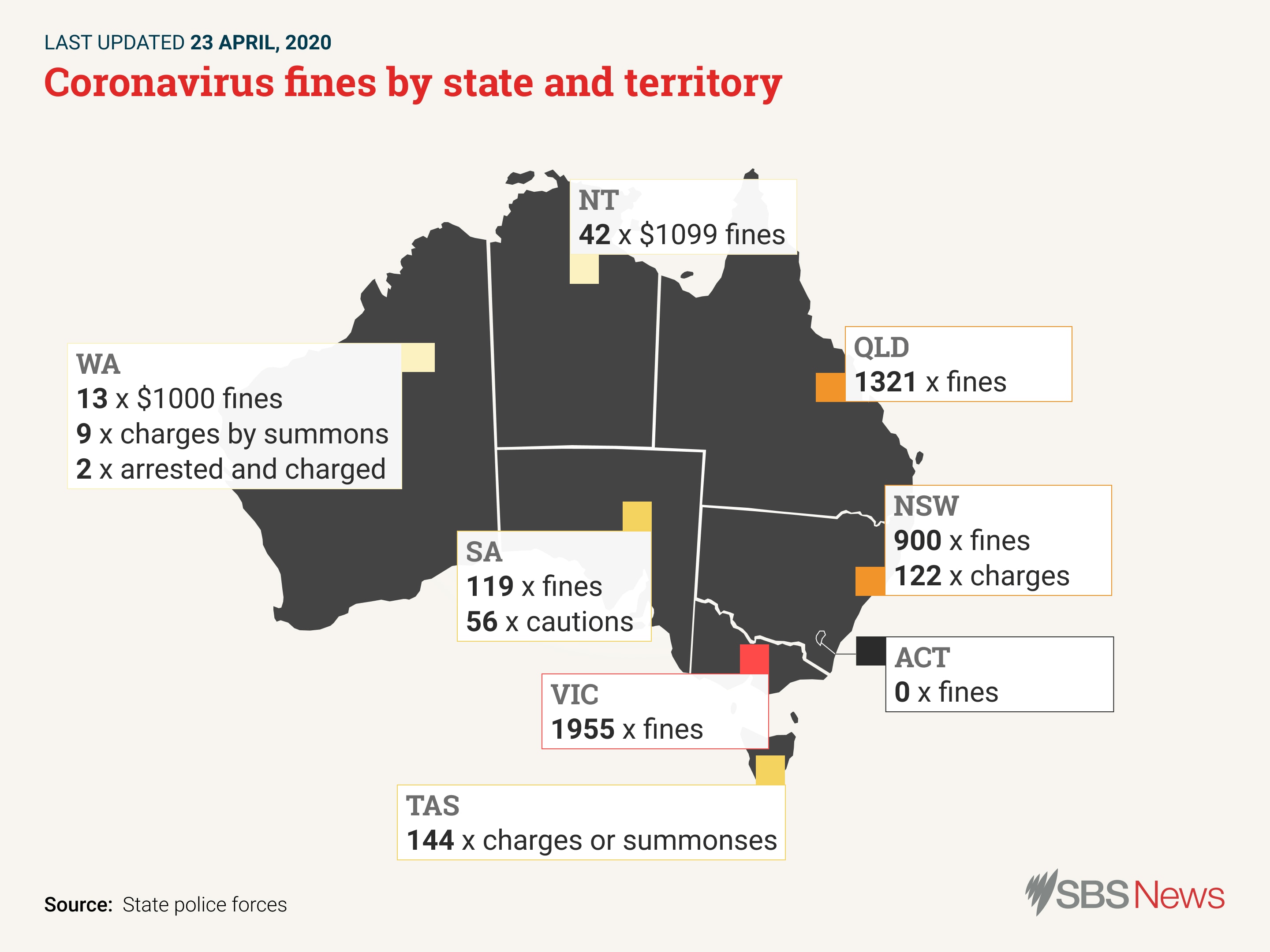 The state of Victoria has issued the most fines for lockdown breaches, while the ACT has issued none.
SBS News

In response to calls for police to provide clearer information on what would constitute a breach of the new laws, each state and territory force maintained it was up to citizens to keep abreast of the changes.

A coalition of legal and humans rights groups have launched a project to collect accounts from Australians who have been approached by police officers around the country since the coronavirus restrictions were put in place. 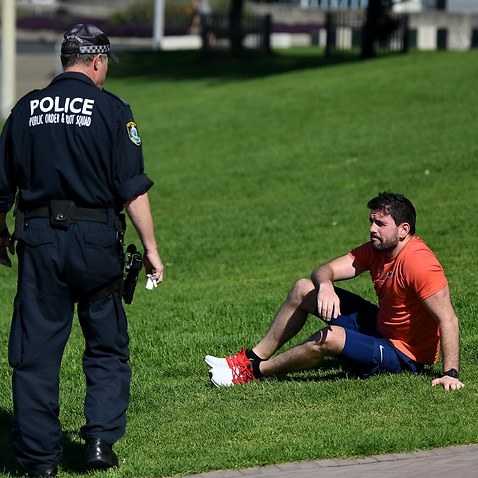 The group said officers had been given too much discretion in deciding when and where to hand down fines, leaving many residents confused and intimidated.

The enforcement of #Covid_19australia regulations needs to be proportionate and carried out with common sense. Read the latest reports of people being threatened with fines for exercising with elderly parents or stopping to greet a friend https://t.co/tvIXgMAMBY

"People stated that after their interactions with police they were left feeling singled out, treated unfairly, targeted, discriminated against, sad and hurt, angry, in disbelief, shocked, very traumatised, quite upset, scared," the group reported this week.

"Reports also bore out the degree of confusion about what the rules actually are and about inconsistent and unfair application of the rules - people felt they were treated unfairly when stopped while exercising and what they considered to be appropriate social distancing."