The daily tally is the state's highest-ever daily case tally. 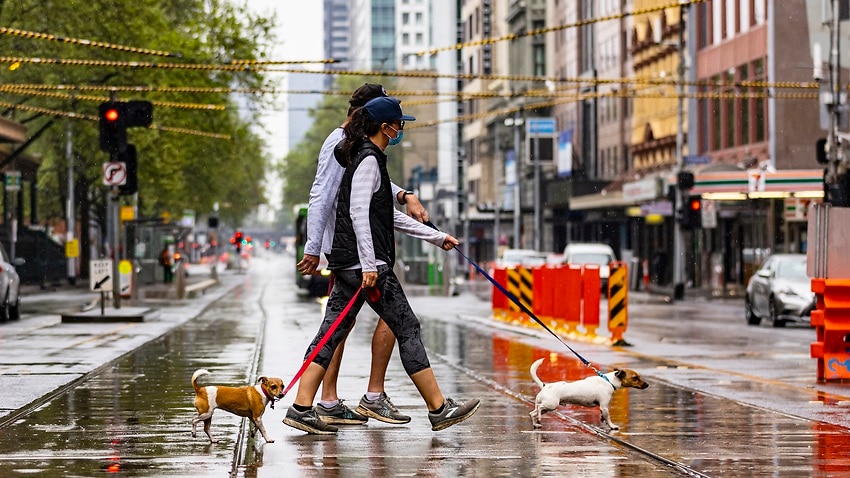 Melbourne's lockdown will remain in place until 70 per cent of Victorians aged over 16 are double-vaccinated. Source: AAP

Victoria has recorded 1488 new cases of coronavirus and two more people with COVID-19 have died.

The health department confirmed 71,224 Victorians were tested for the virus in the 24 hours to Saturday morning, and 36,878 vaccinations were administered.

There are 429 people in hospital, with 97 receiving intensive care and 54 on ventilation.

Today's case number is the highest the state has reported since the pandemic began.

COVID-19 Response commander Jeroen Weimar said authorities accept community transmission in metropolitan Melbourne is "widespread" and has "gone wider than than than any of us would want."

"The way to solve that ultimately is we all need to take responsibility. All of us to slow that down as much as possible, and to get that vaccination job down, to become the fire blanket that puts it out," he told reporters.

He said the focus of health authorities was "increasing on making sure we continue to support those positive cases," and ensuring thousands of primary close contacts could be safely released from isolation.

The state will be piloting a new contact tracing approach in supermarkets, shortening the isolation period in some cases to five days.

"For those staff that have had very limited exposure, and where all those COVID safe protocols...have come into effect, they’ll be able to get through a reduced following period, and an additional testing regime," Mr Weimar said.

He attributed a third of cases to a "significant upswing" in social gatherings, including illegal gatherings held during the AFL Grand Final weekend, described as "mini super-spreader events."

But other "well-intentioned but unhelpful" contact, including coffee dates between households, were also leading to transmission.

"We've all got to do our bit to hold this down, otherwise I'll be a huge pressure on our intensive care nursing staff, on our ambos and our healthcare system; and far too many of us will end up in a place where we just don't want to be," he told reporters.

The case record comes as residents in two regional Victorian towns awake on Saturday to their first day of a seven-day lockdown.

Shepparton and Moorabool were plunged back into lockdown at 11:59pm on Friday to contain growing cases.

Shepparton's active cases have grown to 34, with Moorabool currently dealing with 32 cases.

Mr Weimar said at least six cases in Shepperton are linked across four different households, including one case that attended an AFL grand final party with 17 other people.

There are now a total of 95 active cases in Regional Victoria.

Victorian Treasurer Tim Pallas announced an additional $191.6 million in business support for the construction industry, which was shut down following a surge in cases linked to the sector.

A one-off payment will be provided to 70,000 eligible businesses, including sole traders, to cover income lost during shutdown period.

Larger companies with a payroll between $3 million and $10 million will receive up to $8,400.

Mr Pallas said the Commonwealth had rejected the state government’s request to co-fund targeted support for the construction industry.

The grants to the sector would have been doubled, he said, had the federal government supported the package.

"It is incomprehensible (to me) why this industry has been singled out for a particular, and might I say, unfair treatment by this government and the federal government."

“It's blatant favourable treatment for New South Wales, (and it is) not being returned to Victoria when we faced the exact same situation that New South Wales did,” he said.

"The disparity is quite profound. And it is quite unfair what's happening here."