A video of the arrest shows an officer forcing an Indigenous teenage boy to the ground in the Sydney suburb of Surry Hills.

NSW police have launched an internal investigation into the arrest of an Indigenous teenager in Sydney after a video appeared to show an officer slamming the 17-year-old boy into the ground.

Video of the arrest on Monday at about 5pm in Surry Hills has been widely shared since being posted to Facebook.

It shows a group of five teenagers having a verbal argument with several police officers.

Someone can be heard saying “I’ll crack you across the jaw, bro” before one of the officers approaches one of the boys and grabs his hands, forcing them behind his back.

He then uses his leg to take the boy’s legs out from under him and slam him into the brick pavement.

The boy can be heard making a high-pitched squealing noise while on the ground as the police officer restrains him.

In a statement, a spokesperson for NSW Police said the 17-year-old boy threatened an officer before being arrested and taken to Surry Hills police station.

"An investigation into the circumstances surrounding the arrest is now underway by officers attached to the Professional Standards Command," the statement said.

"The constable involved has been placed on restricted duties while this review is carried out." 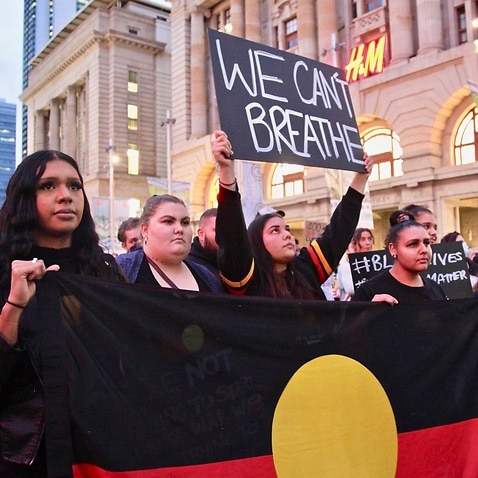 'The world is waking up': Perth joins global protests against police brutality

Police confirmed the boy was taken to St Vincent's Hospital following the incident and has been released into the care of family.

The investigation into the circumstances of the arrest comes as protests continue to rage in the US sparked by the death of George Floyd at the hands of police.

But NSW Assistant Police Commissioner Michael Willing said he didn't want the video of the arrest to be conflated with events in the US.

"I'm concerned that people will use this footage and turn it into something it's not. We're not the United States of America," he told reporters on Tuesday afternoon.

Asked if he thought the level of force used was appropriate, he said it was important not to pre-empt the outcome of the internal investigation.

"I'm concerned that people will pre-empt the outcomes of the investigation and draw conclusions prior to those outcomes being realised."

The person who posted the video said they were a relative of the boy and said the incident took place in a park 100 metres from the boy’s home.

“(They were) doing nothing just being boys hanging out with each other, when police arrest him for no reason at all, he was taken to the police station and down to the holding cells,” they said. 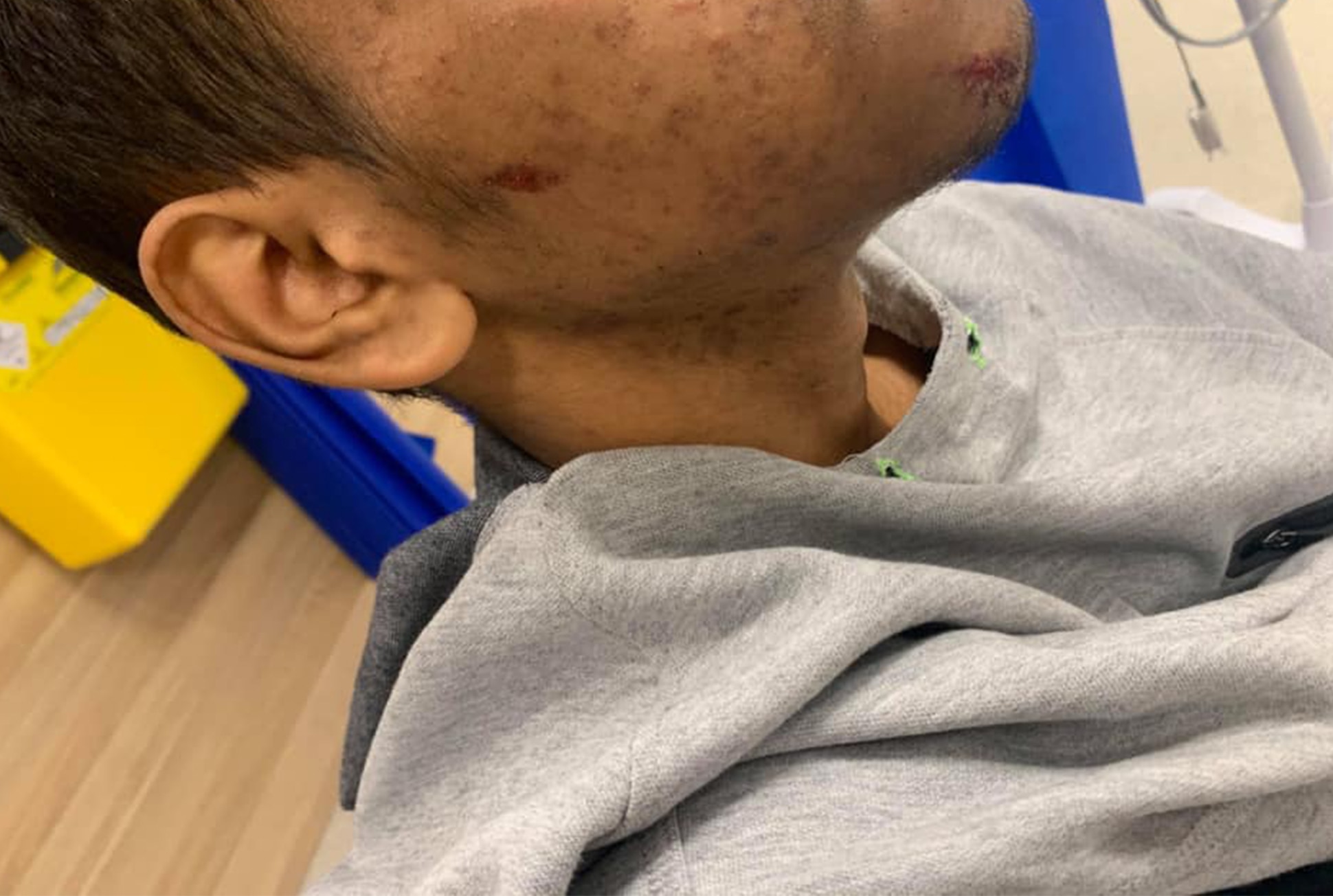 The teenager was taken to St Vincent’s Hospital following the arrest.
Facebook

“As a result of his arrest he has been transferred by ambulance to St Vincent’s Hospital. I have just come from the hospital and he is awaiting X-rays as I speak, but also sustained a bruised shoulder, cuts & grazing to his knee, face & elbow & chipped teeth.

“This is so wrong on so many levels. I am that pissed off with what has happened,” they said.

Samantha Lee, a solicitor focused on police accountability at the Redfern Legal Centre, said the family should seek legal support.

The centre is also calling for the independent Law Enforcement Conduct Commission to investigate the matter.

"Not only is this not acceptable, what occurred is downright dangerous. This boy’s body connected quite abruptly with a very hard surface and these kinds of police conduct should not be happening," she said.

She said that even if the boy threatened the police officer, the use of force was not necessary.

"Any use of force should be an absolute last resort and force should only be used when there is force coming back at the police officer. There is nothing in the video that appears to indicate that force was required in this situation, in fact it looks incredibly wrong when you look at the footage."