Village Roadshow CEO Graham Burke has been recognised for his lifetime of work in the film and entertainment industry.

Graham Burke was 14 years old when he had his first taste of the film industry, working as a doorman and cleaner at a cinema in rural Victoria.

It was the start of what would become a successful career in the entertainment industry, with him moving from drive-in cinemas to co-founding a film distribution business and eventually running Australia's largest theme park business, Village Roadshow.

Mr Burke, now in his 70s, has been appointed an Officer in the Order of Australia (AO) for service to film production, broadcast media and leisure industries, and to the community. 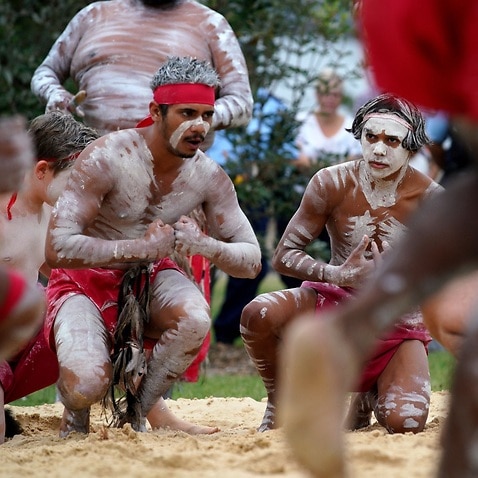 Australia Day 2018: Celebrations and marches held across the country

He has been on the board of Village Roadshow, the owner of Village Cinemas, Movie World, Sea World and Wet'n'Wild, since 1988, and served as chief executive for 25 years.

The company describes Mr Burke as one of its strategic and creative forces, after founding the group's film distribution division with the late Roc Kirby in the 1970s.

Mr Kirby was the owner of the cinema Mr Burke worked at as a kid in his home town of Ararat, about 200 kilometres west of Melbourne.

"He was operating a circuit of about 12 drive-in cinemas which were very hot at the time," Mr Burke said.

"Roc was my mentor and was one of the greatest human beings I have had the privilege of meeting."

Mr Burke backed some of the most iconic Australian movies, including Mad Max, and played a key role in developing Warner Bros Movie World.

"I've been very fortunate that my business is my hobby and that my claim to fame is doing what I love," Mr Burke said.

"The Australian film industry is very important because many of the films that we see shape our character, in fact they can be more important than the people we meet."

Mr Burke said his new "labour of love" is fighting piracy as the chairman of lobby group Creative Content Australia.

"I want to make sure young kids have the opportunity to write scripts, produce films, star in films and designs costumes - it takes a lot of people to a make a film," he said.

"Pirates employ no-one, they pay no taxes and they make their income by scamming people."