Virgin Australia has confirmed it has entered voluntary administration in an attempt to recapitalise and emerge in a stronger position after the COVID-19 crisis.

Virgin Australia's CEO says no further redundancies have been planned as a result of the airline's move into voluntary administration on Tuesday morning.

Airline boss Paul Scurrah said the development would not have an immediate impact on its operations. 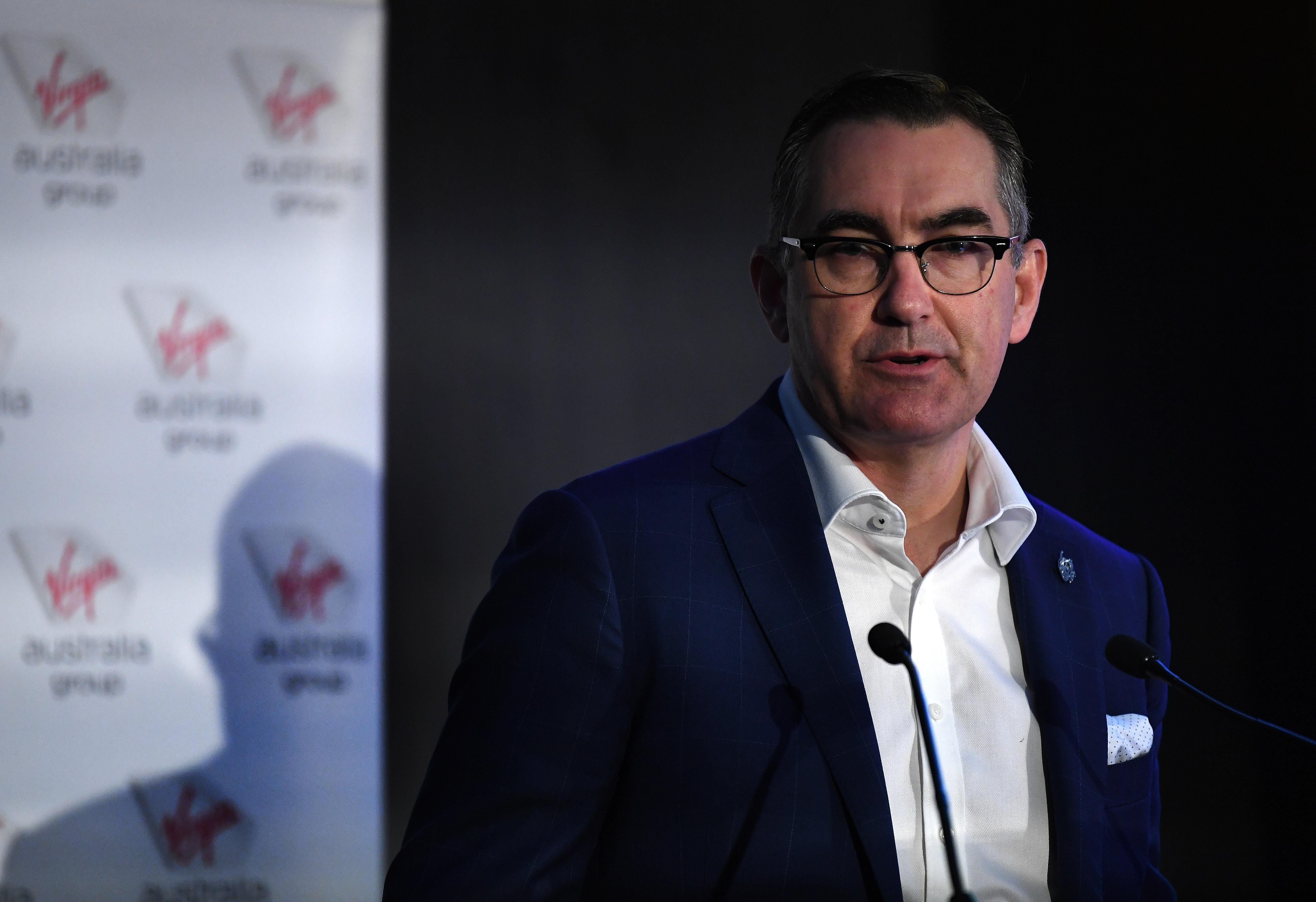 "We have not changed anything in respect to the operations or the employees," he said.

"There is no plans to make any redundancies, wages will continue to be paid and for those who have been stood down and are accessing Job Keeper, the intention is to continue to make those payments available to those staff."

Mr Scurrah said "in excess of 10 parties" had already reached out had already expressed in investing in Virgin throughout the restructuring process.

Queensland Minister for Development Cameron Dick, whose government had previously offered Virgin a $200 million lifeline, said he is trying to organise an urgent meeting with the administrators.

"We're keen to speak to them quickly, to demonstrate to them our interest in supporting the administration in a managed way going forward," Mr Dick told ABC News.

"We'll need to reassess our position, but it's not our intention to walk away from this, if I can say that. We want to continue to be actively engaged to support the airline."

Dear @VirginAustralia team. I am so proud of you and everything we have achieved together. This is not the end of Virgin Australia, but I believe a new beginning. I promise that we will work day and night to turn this into reality https://t.co/GJH1zhEqEd pic.twitter.com/GelLiA6DKG

Responding to the news in an open letter to the airline's staff, Virgin founder Richard Branson said he was "so proud" of the staff at Virgin Australia, promising to work "day and night" to ensure this was not the airline's end.

"I know how devastating the news today will be to you all," Mr Branson wrote.

"In most countries, federal governments have stepped in, in this unprecedented crisis for aviation, to help their airlines. Sadly, this that has not happened in Australia."

Mr Branson went on to vow he would work with the newly appointed administrators to get the airline back up and running.

"This is not the end for Virgin Australia, but I believe a new beginning," he added.

"I promise that we will work day and night to turn this into a reality."

Following the announcement, Virgin Australia issued a statement assuring customers with current tickets that their travel credits will remain valid.

"Virgin Australia has been an important part of Australia for 20 years and we're determined to keep on flying well into the future."

The decision comes as Virgin seeks financial assistance from a number of parties, including state and federal governments, to help it through the coronavirus crisis, however it is yet to secure the required support.

Up to 15,000 jobs are at risk, with the federal government resisting the company's plea for a $1.4 billion bailout loan. 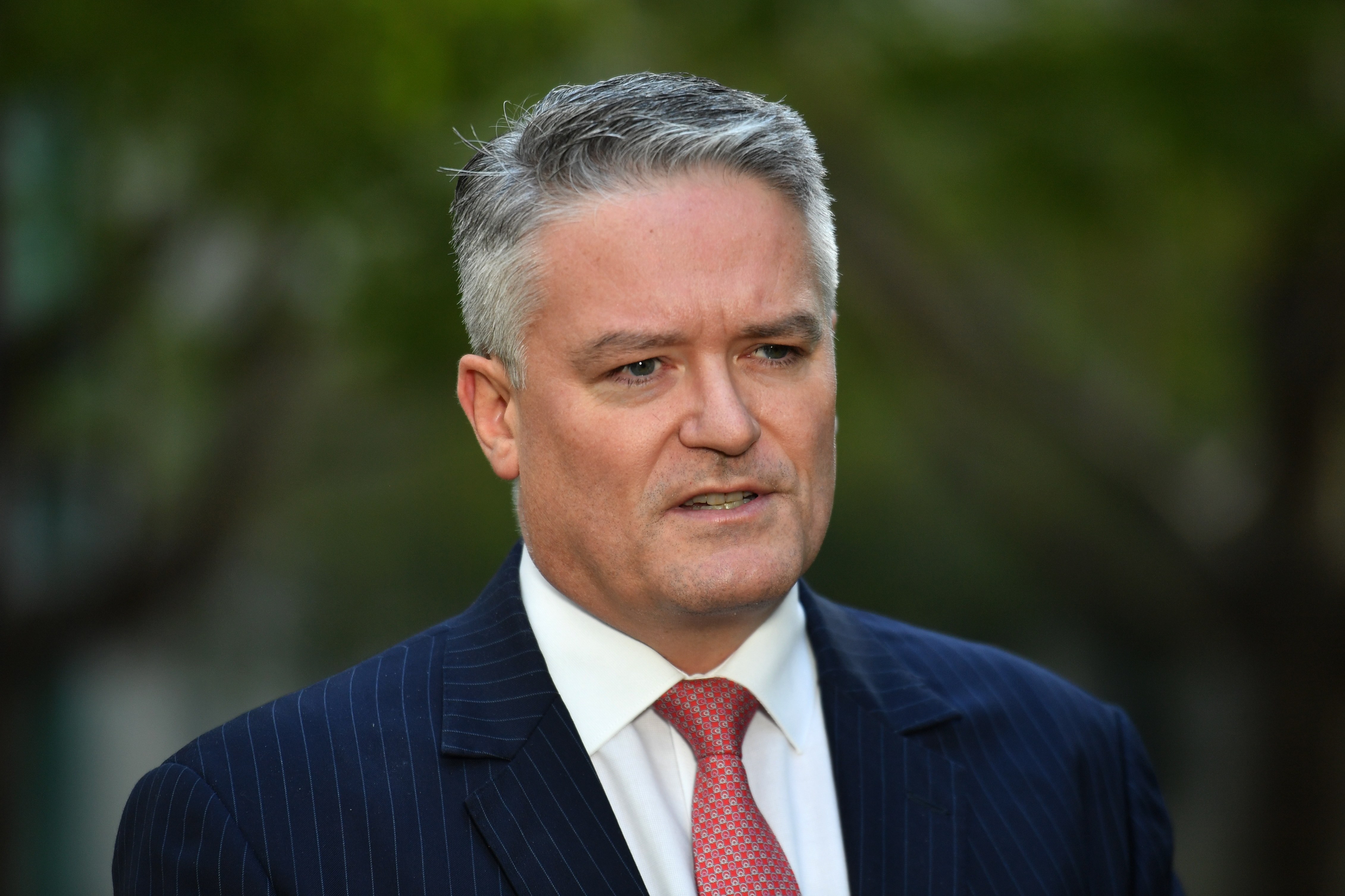 Minister for Finance Mathias Cormann says the government will not buy a stake in Virgin Australia.
AAP

He believes administration can find a sustainable private-sector solution to the company's future.

"The government is not in the business of owning an airline," the finance minister told ABC News Breakfast on Tuesday.

"But we do want to see two airlines continue and we believe that the opportunities [are] there out of the administration process for that to happen."

Administrators will look at ways to save the business including restructuring debt as private equity firms circle sparking hopes of a sale. 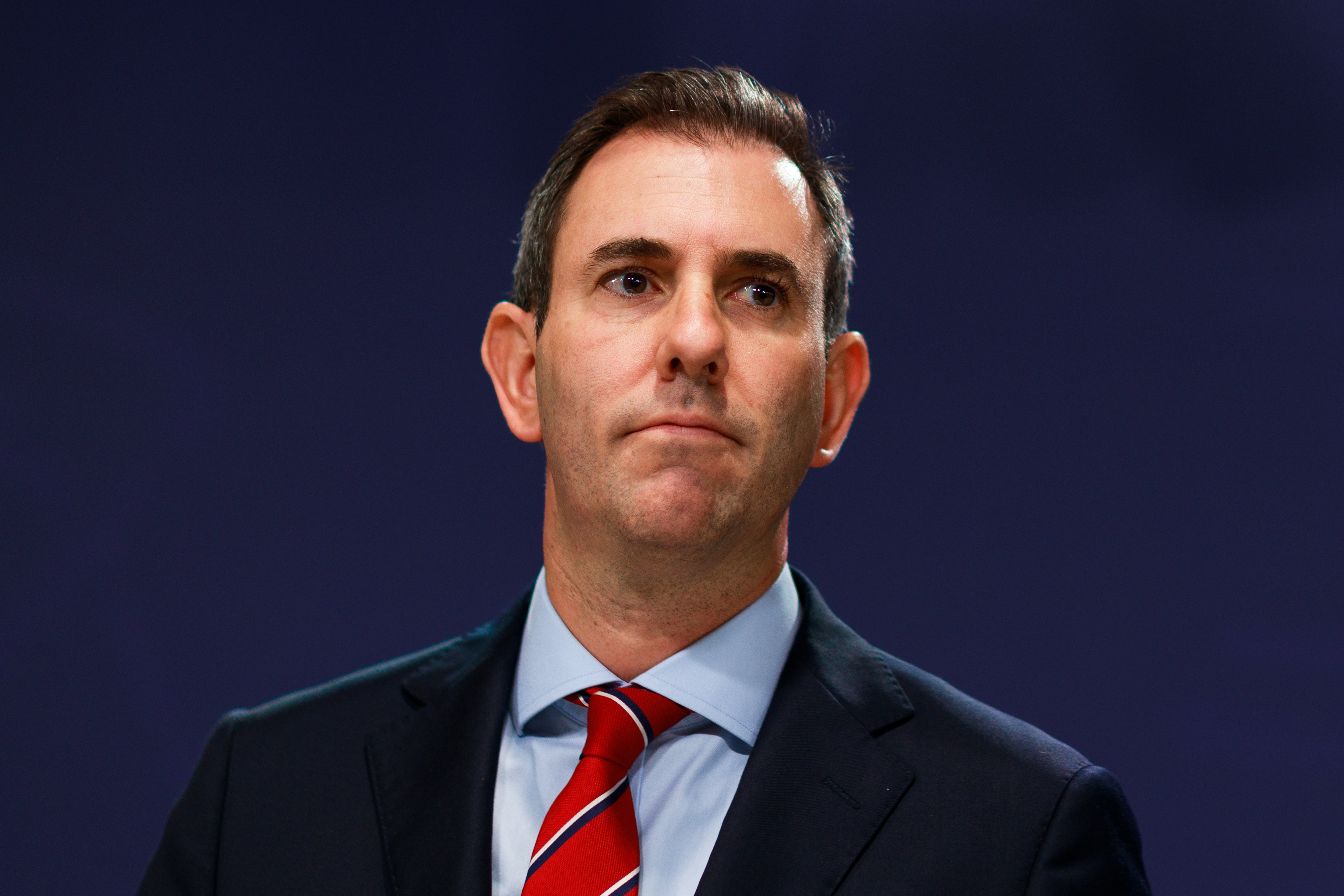 Labor wants Prime Minister Scott Morrison to save Virgin through extending or guaranteeing lines of credit and taking an equity stake.

Shadow treasurer Jim Chalmers said having two airlines was crucial for the economy.

"The government should stop leaving 15,000 Virgin workers hanging. They need to step in and step up on behalf of those workers," he told reporters.

Senator Cormann said administration would offer a chance to restructure underperforming parts of the business.

"It offers the opportunity for private sector interest to come forward and buy the business or assist with the recapitalisation of the business," he said. 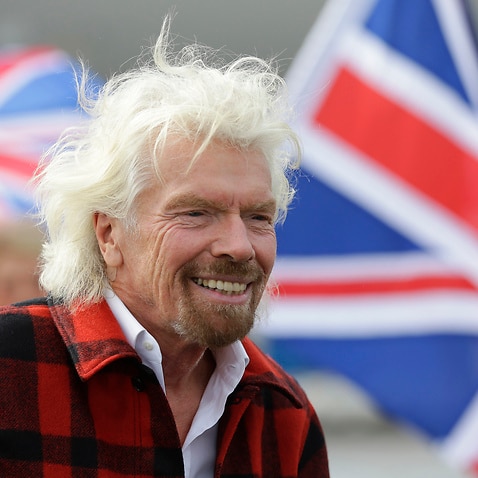 "There's a lot of opportunity from here on in to ensure that there is a viable second airline in Australia moving forward."

He said the first responsibility to step up was with major shareholders, including Singapore Airlines, Etihad and Chinese investors.

Nationals MP David Gillespie said the government made a mistake in refusing to provide the airline with the $1.4 billion loan.

"I'm disappointed that we weren't able to support their request for help," he told The Australian. 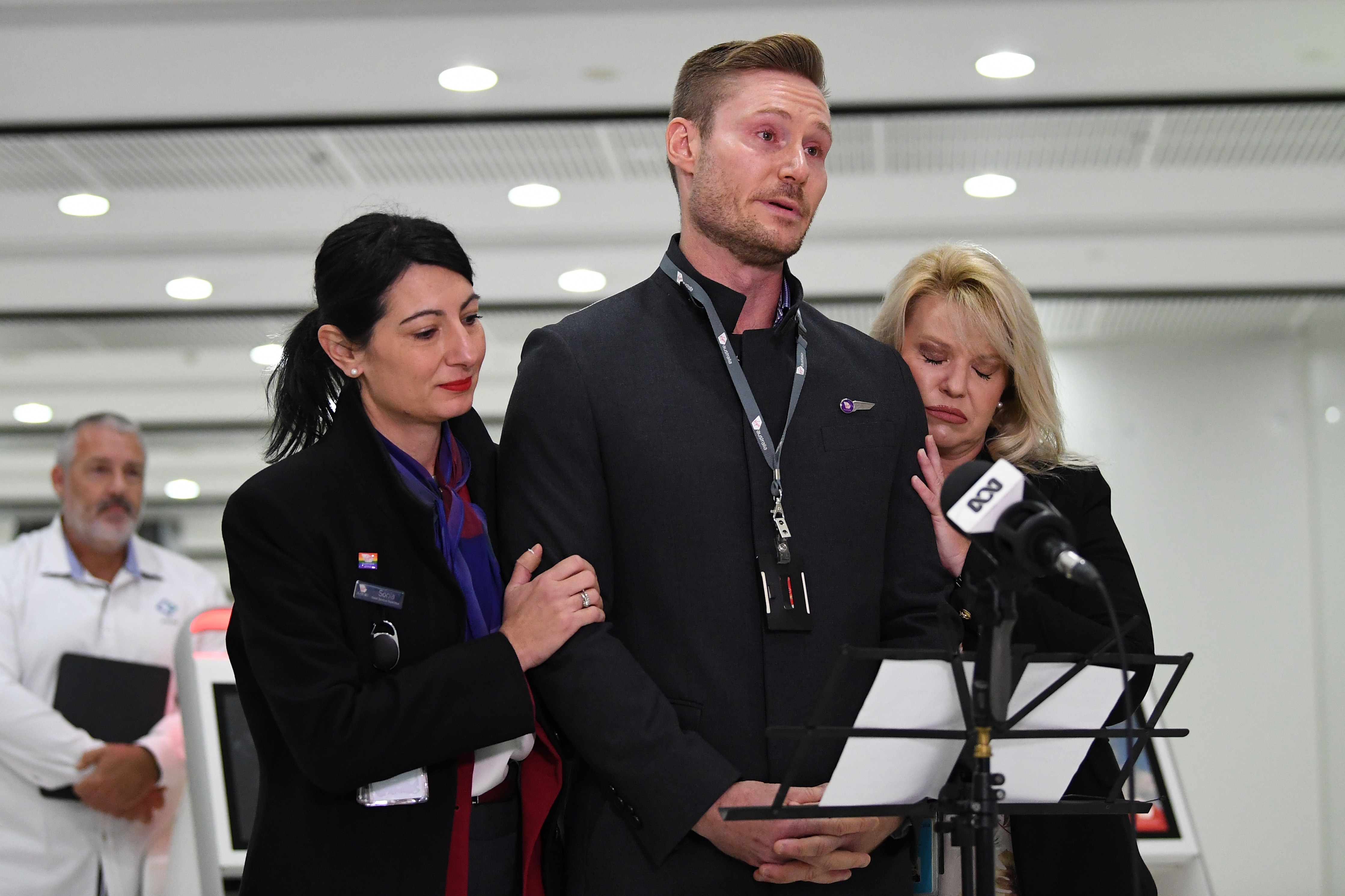 Virgin Australia employee Tony Smith speaks to the media during a press conference at Melbourne Airport on Monday.
AAP

"We had two major airlines going into the coronavirus epidemic but it looks like we'll have just one coming out the other side."

Virgin is carrying about $5 billion in debt, employs about 10,000 people and supports another 5,000 indirect jobs.

Most full-time staff have already been temporarily stood down after the air travel and tourism markets around the country collapsed as the virus spread.

He said the airline and others in his group need government help in the form of loans to get through "this catastrophic global crisis".

"We are hopeful that Virgin Australia can emerge stronger than ever, as a more sustainable, financially viable airline," he told staff.

"If Virgin Australia disappears, Qantas would effectively have a monopoly of the Australian skies. We all know what that would lead to." 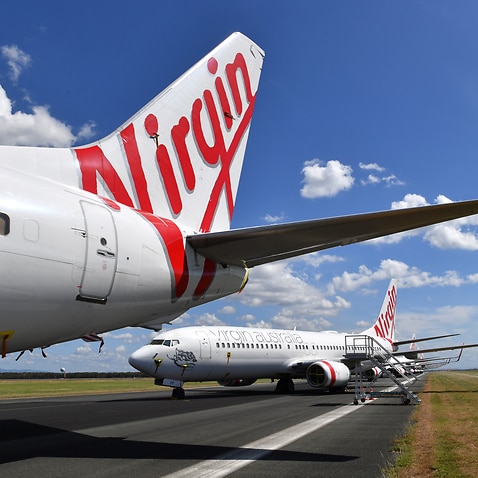 Virgin is 90 per cent foreign-owned, with Singapore Airlines, Etihad Airways and Chinese conglomerates HNA Group and Hanshan owning 80 per cent between them, and Richard Branson's Virgin Group holding 10 per cent.

"(Governments) just have to be supportive of whoever comes in, whoever the new investor is, and put in place the right policies and the right support to make sure that competition is maintained (by) whoever fills the void of Virgin Australia or whoever takes over Virgin Australia," he told AAP.

"They could put in something like a fare cap." 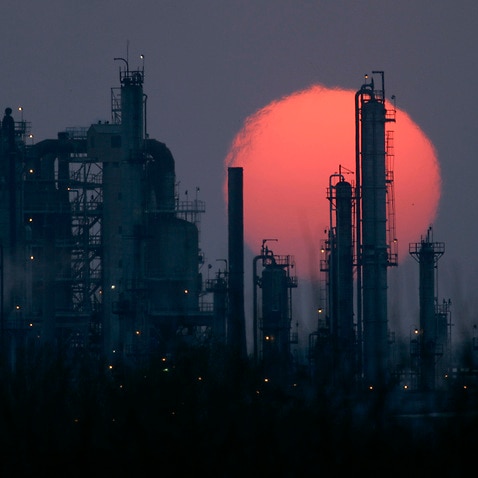 The Australian airline market is still attractive over the long term, particularly the domestic segment.

"That's why you see all these investors waiting in the wings," to move on Virgin, Mr Sobie said.

Queensland had offered $200 million to ensure it keeps its headquarters in Brisbane while NSW was mulling financial support but only if Virgin moved its HQ to Sydney.

"Today it is a different world and we'll have to work together to save the airline," he told Seven's Sunrise program.

But he could not say what the NSW state government could do, saying it was a matter for Treasury and the government.