A dozen NSW Labor MPs have become co-sponsors of voluntary assisted dying legislation, while the state's premier says he wants a conscience vote on the bill. 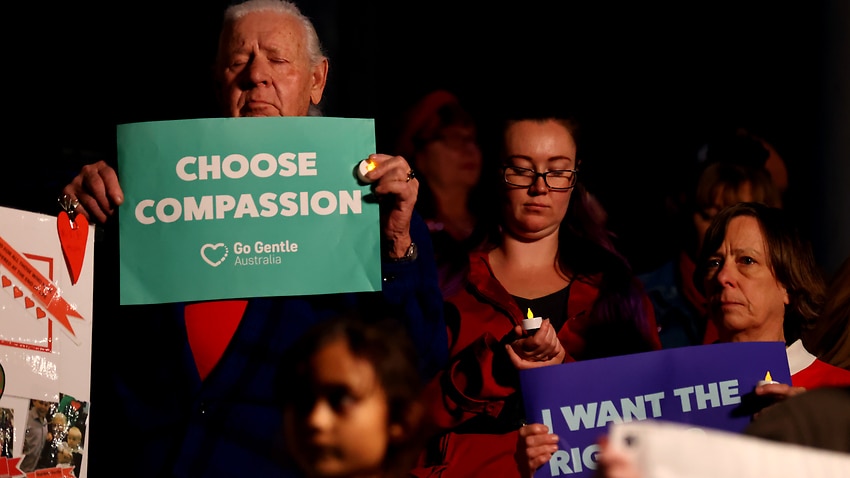 Supporters of voluntary assisted dying at a rally in May. Source: AAP

A dozen NSW Labor MPs have thrown their support behind legislation to allow voluntary assisted dying in the state, while the premier has reiterated he wants a conscience vote on the bill.

The Voluntary Assisted Dying Bill will be introduced into parliament this week by Independent MP Alex Greenwich after 12 Labor MPs added their name on Monday to the list of co-sponsors.

Mr Greenwich said the list of about 30 co-sponsors would be revealed on Tuesday, and included government and crossbench members.

"It will have more co-sponsors than any other bill has had in any Australian parliament, which shows the strong and broad support the bill has," Mr Greenwich said on Monday.

He welcomed endorsement of the bill by the Health Services Union NSW and the NSW Nurses and Midwives' Association, which had surveyed members and found strong support for the reform.

"The members of (these unions) are at the frontline of our health system and they approach this reform with care and compassion," he said.

"So many healthcare workers have seen the cruel suffering that people with terminal illnesses can experience and know the importance of people with a terminal illness being able to consult with their doctor to discuss a range of options in end-of-life care."

The bill would limit access to voluntary assisted dying in NSW to people with terminal illnesses who will die within six months.

If they have a neurodegenerative condition and are experiencing unbearable suffering, that will be extended to 12 months.

No hospitals, facilities or doctors would be forced to participate.

But two doctors would have to sign off on the request and they'd be trained to look for signs of coercion, according to Mr Greenwich.

NSW Premier Dominic Perrottet reiterated on Monday that members of the Liberal Party should be given a conscience vote.

"We shouldn't be concerned about having these debates ... Conscience votes bring out the best in parliamentarians," Mr Perrottet said.

If the bill passes, NSW will become the final state to legalise assisted dying. The federal government has denied the Northern Territory and ACT the chance to make their own laws on the issue.

A National Seniors Australia survey of 3500 people in August found more than 85 per cent either supported or strongly supported giving those with a terminal illness the option to end their lives.