Western Australia's premier is not ruling out delaying the reopening of interstate borders after a Sydney hotel quarantine worker tested positive to COVID-19.

WA is scheduled to open up to NSW and Victoria from December 8, with travellers from those states no longer required to quarantine for 14 days.

But those plans are now under a cloud as WA health authorities seek further information from their NSW counterparts. Urgent genomic testing is under way to determine how the woman contracted the virus, with results due within 48 hours.

Authorities are concerned the woman, who appears to have caught public transport while symptomatic, may have been infected through another worker.

"This is why we were very cautious about reopening," Premier Mark McGowan told reporters on Thursday.

"Obviously if the chief health officer recommends that we delay opening to NSW, then that is the decision we will make.

"We don't have enough information at this point in time to make that decision but we expect to get more information over coming days."

The NSW government on Thursday confirmed that the woman worked at two Sydney hotels, including a quarantine hotel for returned travellers.

Contact tracing is underway and the source of the infection is still under investigation, with urgent genomic sequencing underway to determine if it was acquired in the community or at the hotel quarantine facility.

Depending on the scale of the outbreak in NSW, WA could also delay reopening its border to Victoria.

The two states are being effectively considered as one jurisdiction by WA health authorities given the flow of travellers.

Mr McGowan said he expected to make a decision over the weekend.

"But at the same time, we have to make decisions that are based upon health advice and based upon the safety of the state.

"The NSW government is confident they have it under control but we want to see and make sure that the evidence supports that before we make a final decision." 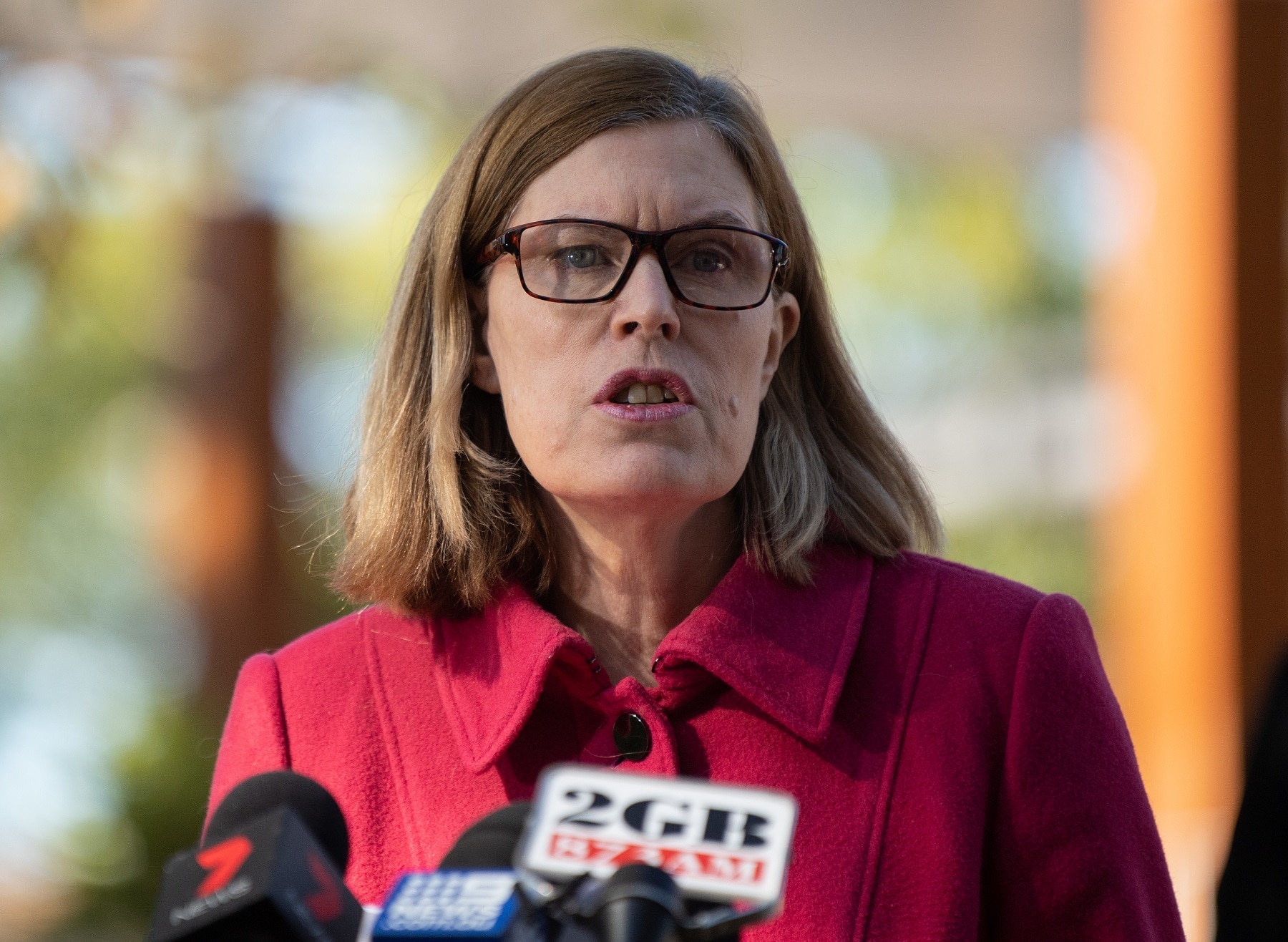 "She did not have contact with infected overseas patients directly," Dr Chant said. "So at the moment there isn't a smoking gun of how transmission happened."

Other staff who worked while she was potentially infectious are being asked to get tested and self-isolate pending further advice.

She also travelled by train from Minto to Central Station, and on the light rail from Central Station to Darling Harbour, on a number of occasions while she was potentially infectious.

NSW Health is asking people who travelled on the same services to immediately get tested and self-isolate, with the route and line details to be provided later on Thursday.

Five household contacts of the south-western Sydney resident have tested negative to the virus, and will self-isolate for 14 days. NSW Premier Gladys Berejiklian said it was a "very serious" situation "but one, at this stage, we feel we're managing".

She said the latest advice was that the government could still ease restrictions on Monday, but it was an evolving situation.

"If at any time of the day Dr Chant gives we alternate advice, I will not hesitate to take that advice because that's what served NSW well," Ms Berejiklian said.

Dr Chant thanked the woman for coming forward for testing, saying that she did not experience overt symptoms until Saturday.

"We appreciate the fact that she has presented for testing," Dr Chant said.

"We will protect your identity and information [if you test positive] so please don't feel like that's a barrier to coming forward."

Contact tracing is currently underway, with chains of transmission still yet to come to light.