Western Australia's parliament has passed legislation to prevent the imprisonment of fine defaulters, except as a last resort.

The Western Australian parliament has passed a bill designed to end the controversial imprisonment of people for unpaid fines.

The upper house late on Tuesday passed the Labor government bill, which advocates say will address the over-representation of Aboriginal people in the justice system.

“Legislation is very clear, you still need to pay your fines, it's just the methods of enforcement change,” WA Premier Mark McGowan said on Tuesday. Currently, if a person is either unable or unwilling to pay a fine, a warrant of commitment can be issued for their arrest and they can be made to pay it off by serving time in police or prison custody at a rate of $250 per day.

The WA Premier on Tuesday said that once the laws are amended, community service or garnishing wages would instead be used as an alternative to imprisonment.

“We’ve come up with a measure here to reduce the rate of Indigenous incarceration, that still ensures people pay their fines and reduces the pressure on the prison system.”

The changes were sparked by the case of Yamatji woman Ms Dhu, who died in custody in August 2014 after being locked up for $3622 in unpaid fines.

The 22-year-old, whose first name is not used for cultural reasons, died in hospital two days after being locked up at South Hedland Police Station. “There is resistance in certain sections of the system to such a dramatic change. There is systematic discrimination against Indigenous people in our justice system that’s got to be addressed,” WA Attorney General John Quigley told SBS News. 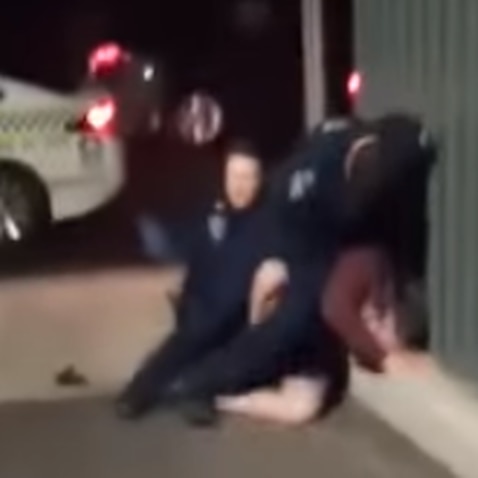 “But also, beyond that, there’s also reform in the suspension of driver’s licenses for unpaid fines, because this has a major impact on Indigenous people who are moving between communities in remote areas where there is no public transport.”

There are currently four people in Western Australian prisons solely due to unpaid fines.

A crowdfunding campaign set up in January 2019 by Indigenous prisoner advocacy group Sisters Inside has raised more than $1.1 million dollars to pay the fines of those imprisoned under the police. Funds raised in just the first two months of the campaign secured the release of more than 100 women from WA prisons, the group says.

According to Australian Bureau of Statistics figures released in March, the Indigenous imprisonment rate, at 4,118 persons per 100,000 adults, was higher in WA than in any other state or territory.

The reform comes after weeks of protests around Australia against Indigenous deaths in custody, of which there have been at least 434 since the royal commission into the issue ended in 1991.