There are fresh calls for public education about the risks of drugs after the death of a New South Wales teenager linked to a synthetic substance.

What are synthetic drugs?

They come in the form of powders, pills and dried herbs that have been soaked in synthetic chemicals.

New South Wales police have warned against the use of synthetic drugs after a 17 year old boy in the state's Hunter region died on the weekend. They said the teenager consumed "Chronic", believed to be a synthetic form of cannabis.

His body was discovered at a reserve at Rutherford and while the cause of death is yet to be determined, police have been told he took the drug Chronic in the hours before. They raided a property in Treasure Street, Rutherford, on Sunday afternoon, seizing a quantity of Chronic.

Two men, both aged 22, have also been treated for non-life threatening symptoms after consuming the same substance. Police have cautioned anyone considering using illicit or synthetic drugs not to do it, no matter how it is branded or presented.

"It's a gamble with your life that's just not worth taking," a police spokesperson said.

Professor Jan Copeland is the Director of the National Cannabis Prevention and Information Centre at the University of New South Wales. She describes synthetic cannabis as extremely potent.

"They are a highly unpredictable group of laboratory chemicals, mainly because they're manufactured in clandestine laboratories most typically in China," she says.

"And then once they come into the country they're handled by inept drug dealers who dissolve the powder that they're provided with in acetone and spray it on whatever plant material is available in a very inexact way so the dosage is not evenly distributed."

Professor Copeland says the effects of synthetic cannabis range from anxiety, palpitations, kidney failures to hallucinations, which lead to self-harm because of users' negative perceptions of their body. 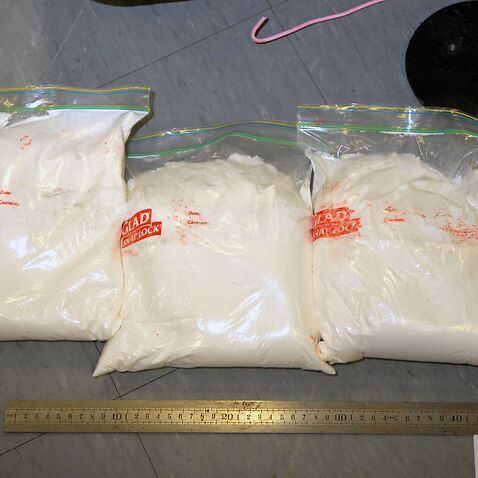 She says the drug's popularity in Australia began from around 2006. While Professor Copeland says the drug is not cheaper than real cannabis, she says other factors contribute to its rising use. "It's experimenting with a new drug but it's also used where people wish to avoid the consequences of drug testing either in the workplace or on the road.

"That's why even in jurisdictions where cannabis is completely legal like in Colorado in the United States they still have problems with this group of drugs because people want to avoid testing positive in the workplace or on roadside drug testings so they substitute with these kinds of drugs."

Jenny Aitchison is the Labor MP for Maitland, in the New South Wales Hunter Valley where the teenager was found dead.

She says the teenager's death comes as a shock to the community and has urged parents to educate their children about the risks of drugs. Ms Aitchison has highlighted social media in particular as a significant platform to teach young people about the consequences. "I know in my own community, I shared this story on social media on Facebook, just to try and get to some of those younger people that might be thinking that this is probably safe and say, 'Hey, look, don't do it, it's not worth it.'"

Police are still awaiting the results of a post-mortem examination into the 17-year-old's death.