A two-year-old boy at the centre of a lawsuit over the Trump government's Muslim travel ban has died a week after his Yemeni mother was allowed into the US.

The two-year-old son of a Yemeni woman who sued the Trump administration to let her into the United States to be with the ailing boy has died.

The Council on American-Islamic Relations announced that Abdullah Hassan had died at a children's hospital in Oakland, California, where his father Ali Hassan had taken him in the (northern) autumn for treatment for a genetic brain disorder.

The boy and his father are American citizens, but his mother Shaima Swileh is not so she remained at their home in Egypt while fighting for a visa. 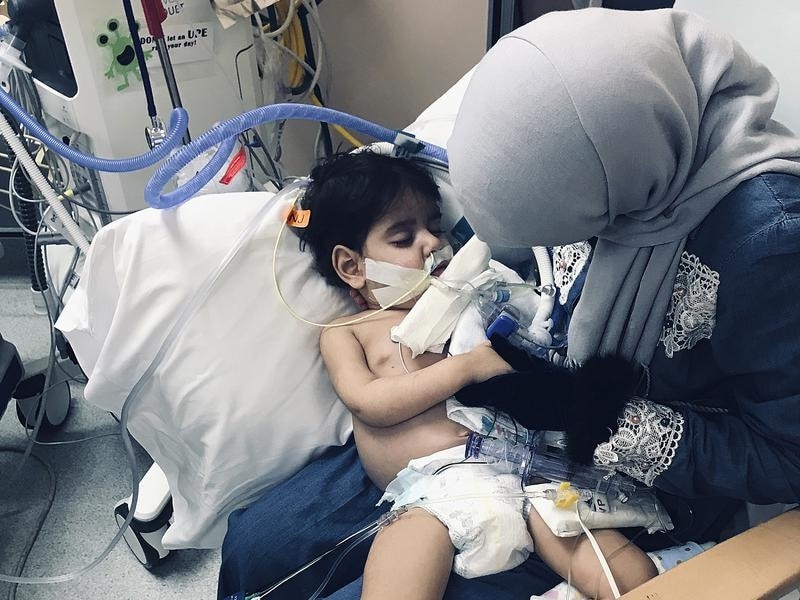 The boy whose Yemeni mother sued the Trump government for entry to the US to see him has died.
AP

Yemeni citizens are restricted from entering the US under President Donald Trump's travel ban.

She applied for a waiver in 2017, but US officials granted it only in December after the council sued.

Swileh held her son for the first time in hospital on December 19.

Following their son's death, Hassan said: "We are heartbroken. We had to say goodbye to our baby, the light of our lives." Citizens from Yemen and four other mostly Muslim countries, along with North Korea and Venezuela, are restricted from coming to the US under Trump's travel ban.

When the boy's health worsened, the father went ahead to California in October to get their son help, and Swileh remained in Egypt hoping for a visa. As the couple fought for a waiver, doctors put Abdullah on life support.

"My wife is calling me every day wanting to kiss and hold her son for the one last time," Ali Hassan said at a news conference earlier this month.

Dearest Abdullah, you will never be forgotten. We belong to God and to Him we shall return. https://t.co/ZlqIihKykv #ForAbdullah

He started losing hope and was considering taking his son off life support to end his suffering.

Rest in heaven beautiful baby Abdullah. So heartbroken for his parents and especially his mom who was just reunited with him. Prayers for his parents during this unbelievably difficult time. You can help support them through here: https://t.co/FAyTrv79EW pic.twitter.com/BEYW4xkD9U

Then a hospital social worker reached out to the Council on American-Islamic Relations, which sued on December 16, according to Basim Elkarra, executive director of the group in Sacramento. The US state department granted Ms Swileh a waiver the next day.

Saad Sweilem, a lawyer with the council who represents the family, said: "With their courage, this family has inspired our nation to confront the realities of Donald Trump's Muslim ban.

"In his short life, Abdullah has been a guiding light for all of us in the fight against xenophobia and family separation."