A high number of No voters in the same-sex marriage postal survey concentrated in western Sydney has resurrected debate on Australian values.

Australia must continue to be "picky" about who becomes a citizen if it is to maintain the type of tolerant society which supported same-sex marriage, says a crossbench senator.

Crossbench senator David Leyonhjelm on Thursday linked the religious and cultural diversity of voters in electorates which strongly voted No in the postal survey to Australian immigration policy.

"We are a very tolerant society. We want to make sure that we maintain that tolerance," Senator Leyonhjelm told reporters in Canberra.

"If we had a very high level of immigration from those same countries where those western Sydney electorates are derived from then we wouldn't have got a positive vote." Muslims 'not to blame for Western Sydney No result'

Senator Leyonhjelm said he was not suggesting Australia should prioritise immigration from places like Europe and the USA.

"But what I am arguing is that we are picky about who we allow to become a citizen."

Labor senator Murray Watt said the postal survey results should not be used to attack multiculturalism.

"I would hate to see this or any other issue seized upon by opponents of multiculturalism in Australia," Senator Watt said.

"People want to have acceptance and no one should be using these kinds of issues to promote further division within our community."

Twelve of the 17 Australian electorates that voted no are in western Sydney.

Jason Clare is the Labor member for Blaxland, which carried the highest support for a no vote - at 73.9 per cent.

He has confirmed that he will be voting to legalise same-sex marriage in parliament, against the consensus of his electorate. "I know that good people with good hearts can have different views on this," Mr Clare told Sky News on Thursday.

"So I've been very upfront with my community and said to them I respect your view, I hope you respect the fact that I've got a different view."

Crossbench senator Derryn Hinch said he thought the results in western Sydney probably would be used to criticise multiculturalism but that the government should stay its course.

"The prime minister was right yesterday. Get it on, get it over, get it done. I am 100 per cent convinced we will have it done and dusted by Christmas," Senator Hinch said. 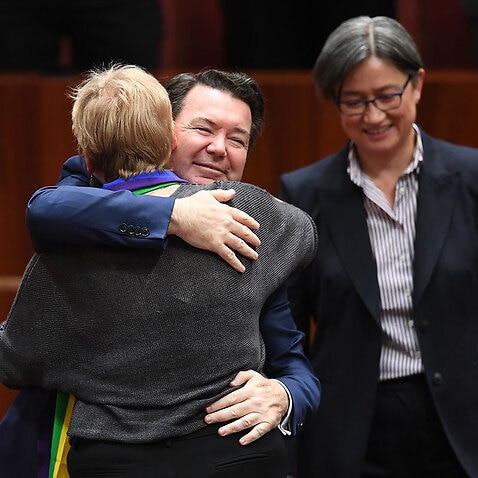