It's been more than a decade since the National Apology to the Stolen Generations. Australians tell SBS News what it meant to them, and whether we have come far enough since.

This story originally ran on 13 February, 2018. SBS News has re-published it today to mark the occasion.

It was one of the defining moments in modern Australian history and one 79-year-old Aunty Lorraine Peeters waited almost a lifetime for.

"Oh, we were so excited. We were out of our skin. We couldn't wait," she told SBS News.

"We gathered in Canberra, Stolen Generations from all over the country assembled there and it was a day I will never, ever forget in my life because we were being acknowledged as a group of people." An Indigenous Australian woman cries in federal parliament as she listens to former prime minister Kevin Rudd deliver an apology to the Stolen Generations.
AAP

Ms Peeter's was just four years old when she was taken from her family and placed in an institution. She is one of thousands who make up the Stolen Generations - Indigenous Australians who who have endured immense suffering due to past government policies of forced child removal and assimilation. A decade ago, they finally heard the word "sorry."

Mr Rudd today maintains it was the right thing to do.

"We couldn't get to the business of closing the gap between Indigenous and non-Indigenous Australians until you'd actually had the guts on the path of White Australia to say 'sorry' for the appalling treatment over a couple of hundred years," he told NITV's Living Black program in an exclusive interview last week.

It was a move that defied years of resistance by the former Coalition government led by John Howard.

"We believe in something called social justice and the conservatives don't," Mr Rudd said.

He said it was a commitment made by the Labor Party during the 2007 election campaign and one he felt obliged to uphold when he became prime minister - despite some pushback within his party. 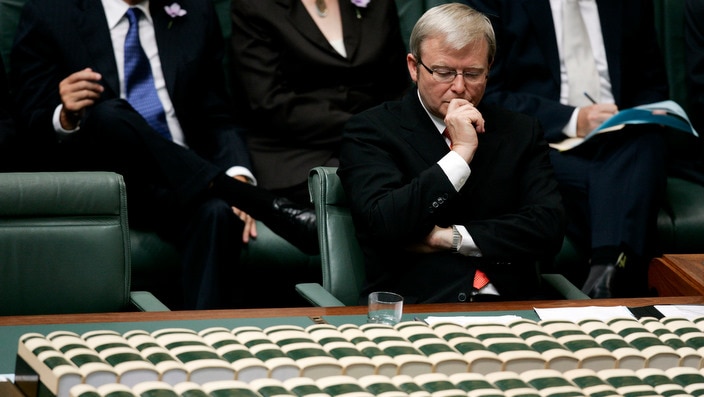 "Of course in the Australian Labor Party there are a bunch of people who have a conservative view of Indigenous policy as well. And I remember being cautioned by some of the right-wing 'bovver boys' of the Australian Labor Party after I'd become Prime Minister saying 'woah, I don't know if you should be doing this first up,' - the Apology that is.

"And I said 'we committed to doing it and I intend to honour my word and because it's so symbolically significant, we should make it the first act of the Parliament.'

More than a 'symbolic gesture'

The apology took place at 9am as the first action of the first full sitting day of the 42nd Parliament of Australia. Across the country, crowds gathered in schools, community halls and on parliament lawns to witness the historic event.

Tears, cheers and what seemed like an eternal, thunderous round of applause erupted when the speech ended. That day is now etched in the nation's history as a pivotal turning point in achieving reconciliation. 'She found only an empty cot': Stolen Generation tragedy revealed 10 years after apology

Steve Hodder Watt from Mornington Island in north-west Queensland has worked in Indigenous media and publishing for over 20 years. He travelled to Canberra for the event a decade ago, witnessing it among a large crowd on the lawns of Parliament House.

"It was mixed emotions, you know, seeing the survivors ... you got that sense of how much it more it means to them than just a symbolic gesture," he said.

Peter Garrett, lead singer of Australian band Midnight Oil and former politician and Indigenous activist says there is no doubt the apology was a momentous gesture. He says the atmosphere was "electric" and the feeling was not limited to those inside the chamber, nor to Indigenous Australians.

"To actually be able to put hand on heart and say 'sorry' was something that I think most Australians felt was very important, very necessary and if you like, a thing of the spirit that needed to happen," he told SBS News.

"And it was moving. Yes, it was symbolic, but it was important symbolism and I think many Australians watching would have understood that and supported it at the time."

'We just needed an apology'

Indigenous Australian singer-songwriter Archie Roach won an international Human Rights award for his song Took the Children Away. Written in 1990, almost 20 years before the National Apology, it is based on his own experience as a child of the Stolen Generation.

"My folks, my mum and dad weren't there to hear those words but I was, as their child. And so I accepted that apology on their behalf," he said. "We just needed an apology, for someone to just say 'sorry that this happened, we're sorry that this took place' and it's not laying the blame with anyone, it's just expressing sorrow for something that happened."

A journey toward healing

The National Apology came as a recommendation from the Bringing them Home report, which was tabled in Parliament in 1997. It was the concluding publication of the National Inquiry into the Separation of Aboriginal and Torres Strait Islander Children from Their Families.

The apology was just one of 54 of the report's recommendations, which also included monetary compensation, guarantees against repetition and restitution and rehabilitation.

The Healing Foundation was set up in 2009 to address the latter. CEO Richard Weston says since its inception, the organisation has been working to heal ongoing trauma caused by the Stolen Generation.

"The apology in itself was a significant milestone for the whole nation. It’s a really good example of what this country can do when it shows some compassion towards Indigenous people, when they engage in truth-telling and acknowledge the legacy of the past.

"Through our work, we've supported and partnered with communities on 175 projects that have helped around 45,000 people, Aboriginal and Torres Strait Islanders people, to get on their journeys towards healing," he told SBS.

Some, like Mr Hodder Watt, say progress in other areas is dwindling. "The event [the apology] did carry a lot more weight then I guess then what followed on from it," he said.

"We still see deaths in custody, incarceration rates, the health outcomes. It doesn't seem to be getting much better."

The Closing the Gap Strategy, drawn up after the apology, was a bi-partisan commitment by the Federal Government to improve the plight of Indigenous people in Australia. 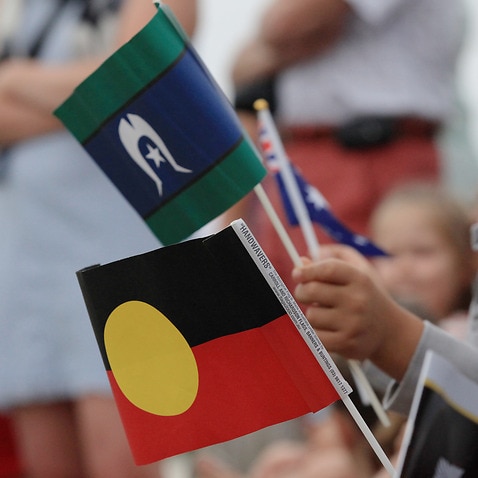 Closing the Gap: Halving Indigenous child mortality and two other targets on track

Last week's review of the campaign highlighted the lack of progress made over the past decade towards achieving life expectancy equality for Aboriginal and Torre Strait Islander peoples. Last year, the United Nations described Australia's lack of improvement in Closing the Gap as "woefully inadequate."

Musician Roach says while the apology was a pivotal gesture, it's yet to be backed by action.

"Words aren't any good unless it's stacked up by deed or action. But the apology in itself, like I said, it was a great relief for a lot people, myself included.

"But we need to actually do something and go forward and do something together to heal that rift that is still quite big."

On the day of the apology, Lorraine Peeters presented the-then Prime Minister Rudd with a glass Coolamon, a traditional vessel for carrying children.

"It was a token to represent everybody, of hope that we could move forward from the apology," she said.

"That was 10 years ago now but we're still hoping.

"You know, we’re talking prisons, we’re talking about all the trauma that’s in this country with my people. A lot of it’s still happening in generations now, like where are we up to? I’m sixth generation in New South Wales, so seven or eight generations of this trauma."

Ms Peeter's concedes it's unlikely she'll witness any momentous change in her lifetime but she's keeping the hope alive for the sake of her grandchildren.

"For me to continue that hope of fight for my children and grandchildren, the fight is still there for us to continue to do and hope for change in this country."