The initial shock of the Beirut port explosion may be subsiding, but many Lebanese Australians who fled the country during its civil war are still trying to cope with the old wounds it has reopened.

It has been 35 years since Ghania Dib left war-torn Lebanon as a nine-year-old, but last month’s explosion in Beirut took her right back.

“I remember I had to leave the office and go to the bathroom because I was wanting to throw up. It was a very, very significant physical response.”

The explosion on 4 August was caused when 2,750 tonnes of ammonium nitrate detonated in a warehouse in the city's port. It killed about 190 people and injured 6,000 more. The search continues for Beirut blast survivors, but hopes of a miracle are beginning to fade

“Hearing the voices of the people, watching the people's responses, seeing the buildings. I've got some very strong memories of driving through Beirut like a ghost town," Ghania says.

"All of these buildings that had been destroyed, that all came back. It was very triggering.” 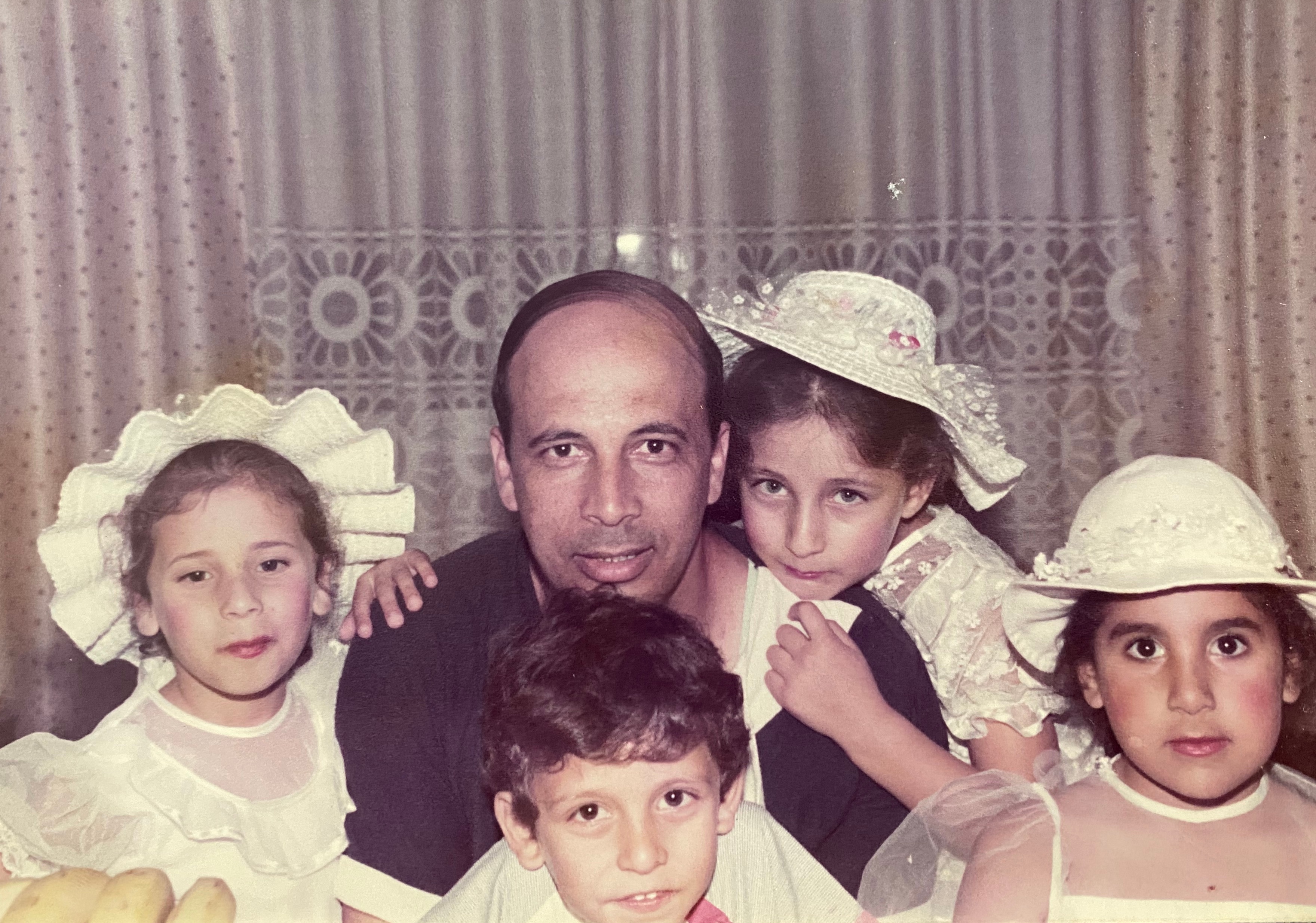 Ghania and her family in their Tripoli apartment before it was bombed.
Supplied

Ghania and her family spent the first half of her childhood going back and forth between Sydney and Tripoli in Lebanon’s north.

When they returned to Lebanon for the last time in 1982, Tripoli was relatively shielded from the war in the south, and they thought they would stay for good.

But as the war escalated and spread further north, Ghania’s parents made the quick decision to flee - a decision they would later find out was life-saving. Ghania's mother and brothers on board the plane from Cyrus to Sydney in 1985.
Supplied

“There was this sort of panic that was very strong in the room, and I think it must have been a very quick decision on my parents’ part because it was literally ‘Go and pack a bag’,” she says.

“I think my father managed to secure the final seven tickets on the ship, and from what I understand it was the last ship to leave.

“And then, once we got to Cyprus, Mum called back to Lebanon to let our neighbours know we were safe, and we received the news that our building had been bombed.” Ghania and her father on the plane to Sydney.
Supplied

More than a month after the explosion, videos of the moment that made 300,000 people homeless are still replaying in Ghania’s mind.

“There’s one video where there’s a mother, I think, and her sons, and they’re standing close to a window,” she says. “And then the explosion happens and the filming just stops. I found that really distressing.”

About 30,000 Lebanese migrants arrived in Australia during the Lebanese Civil War, which stretched from 1975 to 1990, and trauma specialists say reactions like Ghania’s would be quite common among them.

The NSW Service for the Rehabilitation of Torture and Trauma Survivors specialises in helping migrant communities heal as they rebuild their lives in Australia.

One of its counsellors, Nicole Loehr, says that for trauma survivors it is never as simple as just ‘moving on’. 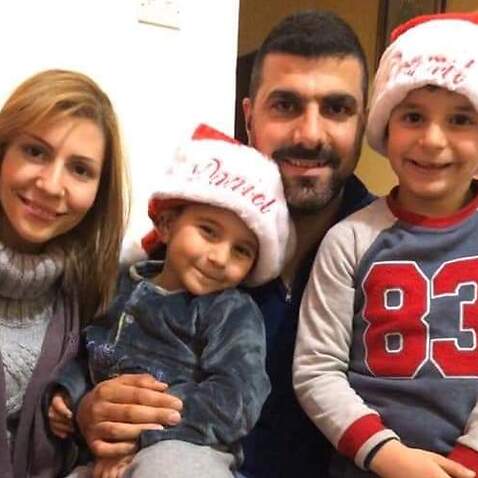 “When the person then experiences something related to the trauma - or in the case of Lebanese Civil War survivors, seeing scenes that are so reminiscent of what they experienced during the war - those images can bring the traumatic memories flooding back. Not only the memories but the sensation and the emotions as well.”

Less understood, Ms Loehr says, is the intergenerational effects those traumatic experiences can have.

“We were quick to reach out to schools [after the explosion] to offer our support because these students - even though they may have lived their whole lives in Australia - still have people they love and care about in Lebanon.  They can be witnessing the grief and the worry of their parents and they can be seeing media reports and recognising these places,” she says.

“We also raised the point of feelings of helplessness. We saw how quickly people in Lebanon picked up brooms and shovels and started cleaning up, and there’s healing to be had in that, in contributing to the recovery in a very hands-on way. Members of the diaspora don’t have that option.” 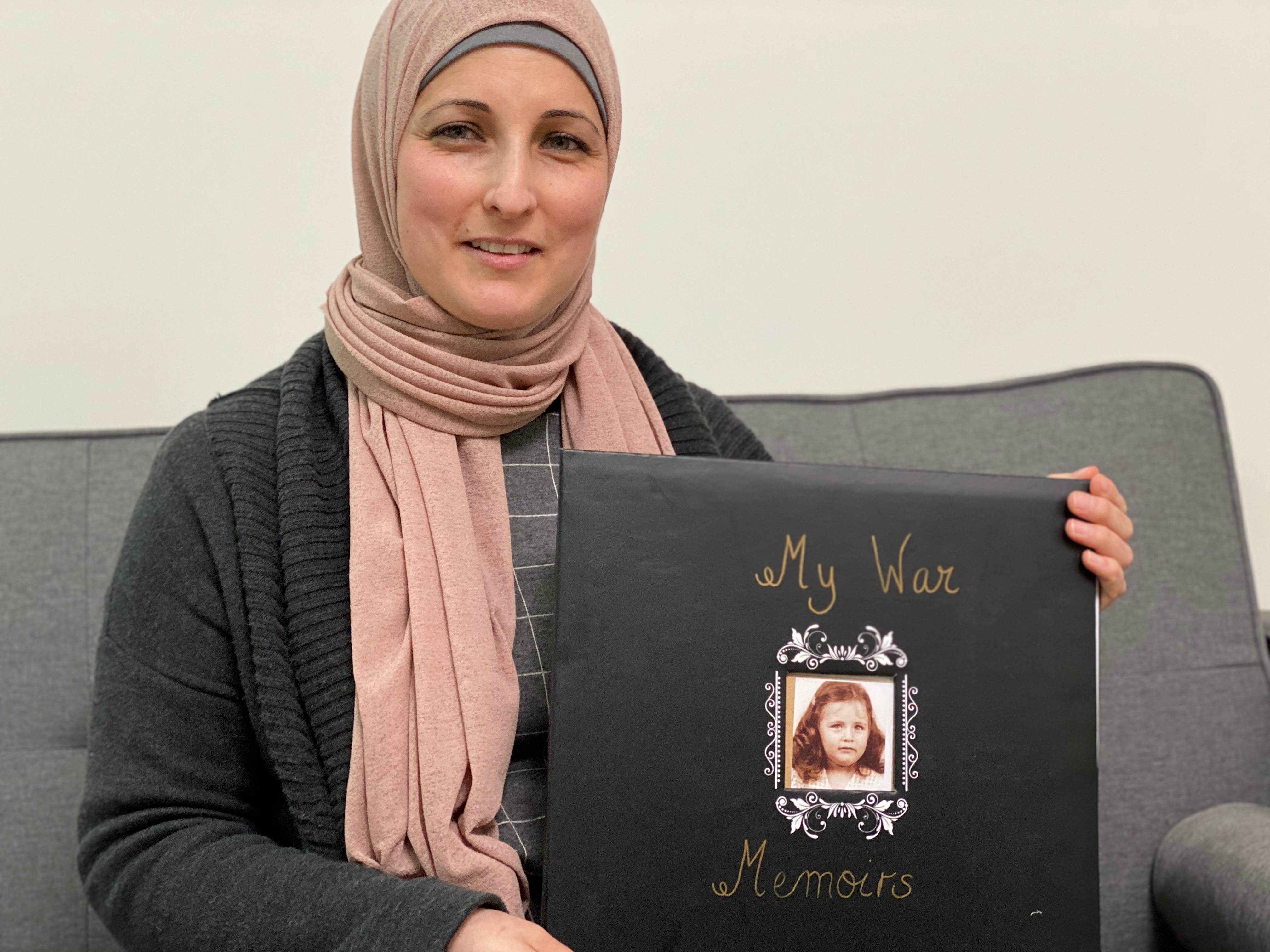 Ghania Dib, 43, grew up in Lebanon during some of the worst years of the country's civil war.
SBS News/Claudia Farhart

While coronavirus restrictions and closed borders mean the Lebanese community in Australia has not been able to return to the country to help, they have instead shifted their focus to what they can do.

Charitable organisation Sydney to Lebanon sent a planeload of essentials to Beirut last month which has now arrived and is being distributed among those who need it.

The general manager of Sydney's Lebanese Muslim Association, Khaled Alameddine, says the support from people in Australia has been overwhelming, and it’s not only coming from the Lebanese community.

“That sort of unity and solidarity with others actually makes us optimistic about the future generations and the future of the community - that everybody is not only thinking about themselves,” he says.

“There’s been good initiatives from the community that show we all belong to each other. All different communities - not just Lebanese - all of us are brothers and sisters in humanity and we should look after ourselves and each other.”

Readers seeking support with mental health can contact Beyond Blue on 1300 22 4636. More information is available at Beyond Blue.org.au.