Of 250 people dobbed into the hotline who are still under investigation, 59 reviews have been completed, with compliance action taken against just eight.

Welfare advocates say the federal government's controversial Employer Reporting Line is a waste of money given it has shown that the majority of job seekers are doing the right thing, with one labelling Employment Minister Stuart Robert's harsh criticisms of welfare recipients as "disgusting".

Mr Robert announced the hotline, branded “dobseeker” by its critics, for business owners in February as the government expanded temporary welfare payments amidst the coronavirus crisis.

It encourages businesses to report individuals who are not meeting their responsibility to get into work seriously, including submitting inappropriate job applications, skipping interviews or refusing work.

Welfare advocates were at the time horrified that it would lead to the abuse of vulnerable job seekers.

On Friday Mr Robert revealed figures that showed 352 job seekers were under investigation after 111 employers had dobbed them in between 6 April and 28 May.

But senates estimates figures revealed that of the 250 people still under investigation, 59 reviews had been completed, with compliance action taken against eight people.

Those found to be at fault through the hotline could have their welfare payments suspended. 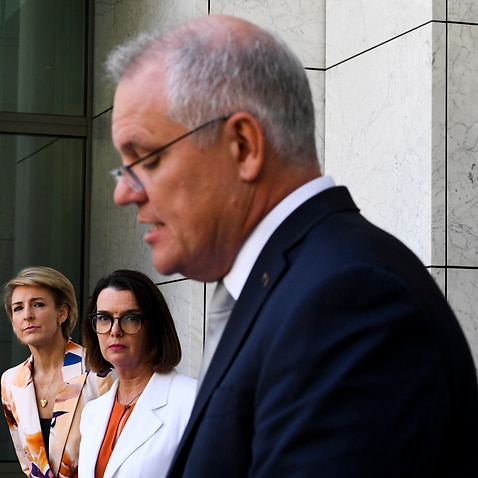 Mr Robert accused job seekers of wasting time and mucking small business owners around, behaviour he described as “unacceptable”, especially when “hundreds of businesses across the country [are] crying out for workers and thousands of Victorians [are] fighting to get back on the job".

“To say I’m disappointed is an understatement,” he said on Friday.

"We've got reports from restaurants in Sydney that they've received numerous inappropriate job applications and had several applicants refuse to attend job interviews.

"We've also got reports of a vet in Victoria that has had over a dozen individuals falsely answer yes to: ‘Are you a registered veterinarian in Australia?’ wasting time which is so precious for small business owners," he added.

But welfare advocates said with only 13.5 per cent of those investigated found to be in breach of mutual obligation requirements, it’s clear the majority of job seekers are doing the right thing.

Australian Unemployed Workers Union spokesperson Kristin O'Connell said there was no need for the hotline, considering “almost no-one” was going against the rules that the hotline is designed to enforce.

“There are currently nearly 1.3 million people who are required to do activities to get their payments. There’s literally no way to put a number on how small this figure of people being penalised is,” Ms O’Connell told SBS News.

She said the hotline’s only purpose was to justify slashing welfare payments to those who desperately needed them and labelled the employment minister’s behaviour as “disgusting”.

“Right now we’re spending hundreds of thousands of dollars as a country to further penalise people who are living on half the poverty line because of the government’s decision to slash payments and this is how they’re justifying those cuts,” she said.

“It’s absolutely disgusting behaviour from the minister who is supposed to be there to support us and help us get into employment and all he does is use us to serve his own political agenda." 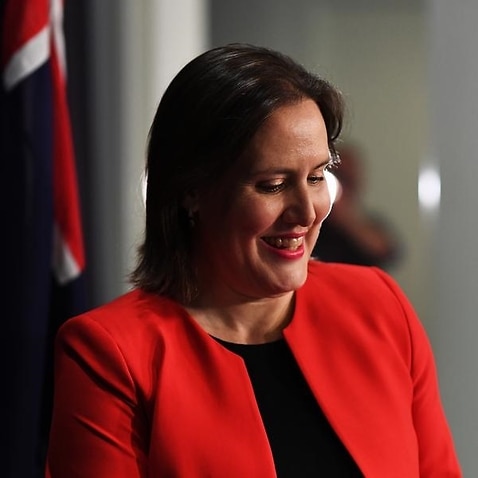 The Australian Council of Social Service said the government was spending $2.5million on the hotline over four years just to penalise job seekers.

“The main impact of this hotline is to increase stress and anxiety for people already having a hard time looking for more paid work ... struggling to survive on $44 day," ACCOSS chief executive Cassandra Goldie told SBS News.

"It’s even more heartless for the government to issue this media release today when Victoria is still in lockdown, and so many people facing loss of paid work, and deeply distressed about what their futures hold."

"Let’s remember that social security is for many people the only income they have to meet the essentials of life including food and heating," she said.

Greens Senator Rachel Siewert described the hotline as “a farce”.

"The minister is making a big deal of a few hundred calls that are still being ‘investigated’ ... This demonising has to stop," she said. Job seekers are currently required to apply for 15 jobs per week in order to claim JobSeeker payments, a number that will go up to 20 per month in July.

"Every month businesses have to deal with 17 million job applications, despite there being just 243,500 jobs available," Ms Siewert said.

"Come July that will go up to 23 million per month.

"It’s because of the government's rules that businesses are having to deal with so many applications, but of course Mr Robert is just going to use it as an opportunity to attack people on income support."