The 'government-in-waiting' hopes to create the world’s first 'green state' if independence is achieved. 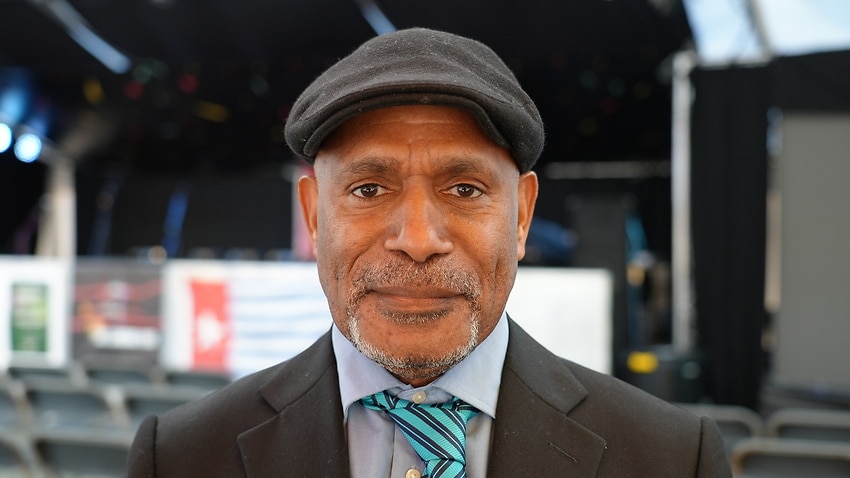 Wealthy nations have spent significant funds on flashy pavilions inside the COP26 summit halls to sell their climate plans.

The leaders of the West Papuan independence movement launched their 'Green State Vision' in a marquee across the river from the official venue.

Last year, the United Liberation Movement for West Papua declared itself a 'government in waiting' and nominated its leader, the exiled Benny Wenda, as its interim president.

"In West Papua, we’re facing a genocide and an ecocide," he tells SBS News.

"They are destroying our land, our environment in the name of development."

He is referring to Indonesia, which has controlled the region since 1962.

"In recent years we’ve seen huge numbers of palm oil companies coming into West Papua, with the support of the Indonesian government. The result is the destruction of ancient rainforest," says Raki Ap, a spokesman for the Free West Papua campaign.

West Papua is half of the island of New Guinea, home to the world’s third-largest rainforest.

But its abundance of natural resources has made it an attractive destination for mining and fossil fuel companies.

It would also restore guardianship of natural resources to Indigenous groups.

"How can you make a policy without the most important stakeholders, which are the indigenous peoples?" asks Mr Ap.

"We know how to preserve nature and we’re willing to meet the requirements of the United Nations Framework Convention on Climate Change (UNFCCC).

The West Papuan Independence movement does not have an official seat at the COP26 table. Talks with official participants have been limited.

"We hope we will get momentum and people will understand our Indigenous-led changes," Mr Ap says.

Instead, the group's leaders are speaking with grassroots environmental activists, hoping to gain public support for their vision.

"It's all about peace, justice and harmony with nature, our culture and our identity," says Mr Wenda.