With Joe Biden's inauguration taking place this week, political experts say Australia should be prepared to be pressured on climate action and supported on China. 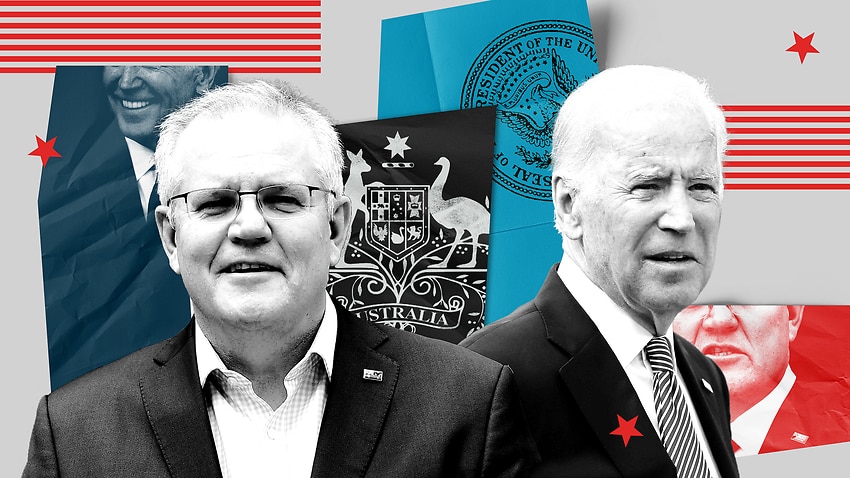 One of the first things Joe Biden says he'll start to do on his first day as president of the United States is tackling climate change.

He’s pledged to rejoin the Paris climate agreement and sign a series of executive orders to put his country on track to achieve a 100 per cent ‘clean energy economy’, as well as commit to net-zero emissions within three decades.

Climate change will become part of his foreign policy and the incoming president says he will persuade major carbon-emitting countries to join him in enforcing bolder targets. He won’t be afraid to “level with any world leader about what must be done,” including Australia's.

Climate will be key

“He will hold countries like China accountable for doing more, but he’s also going to push our friends to do more as well and step up and fulfil their responsibilities,” he told the Lowy Institute prior to the US election.

But Michael Fullilove, the executive director of The Lowy Institute, says climate change could be a sticking point in the relationship between the Morrison government and the Biden administration.

“Biden would be pushing America's friends like Australia to do more on climate change, so we don't want to look like a recalcitrant,” he said.

Prime Minister Scott Morrison has refused to commit to a target of net-zero carbon emissions by 2050, saying he is more interested in investing in technologies to lower emissions.

Australia, one of the biggest emitters per capita, may be in breach of the Paris agreement by not proposing a new five-year target, says Professor Peter Christoff, a political scientist who focuses on climate change.

“If the US starts to move very fast - and of course the US is one of the two biggest emitters along with China, and China's already promised to go from net zero emissions by 2060 - Australia is going to be much more exposed than it currently is."

Joe Biden at the Melbourne Cricket Ground in 2016. Source: AAP

“Australia's sheltered behind the US for many years but now the Trump era is over.

“Biden's going to be pushing America very, very hard to affect a clean, green transformation, which is going to be climate-friendly.”

American political scientist Jennifer Hunt believes we could see more action from Australia at “the encouragement or coordination” of the Biden administration.

Read More
As Donald Trump exits the White House, he leaves Trumpism behind in Australia

“Resuming [the Paris climate agreement] will put pressure on members who are seeing not to be pulling their weight, and Australia has come under a lot of international criticism for its inaction on climate change,” she told SBS News.

One of the more significant impacts for Australia could be in a Biden policy to impose ‘carbon adjustment fees’ on carbon-intensive goods from countries that are seen to be failing to meet climate obligations.

Effectively, it could mean Australian companies exporting to the US could face steeper tariffs.

“That's the implication that there will be tariffs on Australian goods and on other goods that come from countries which aren't moving fast enough,” Professor Christoff said.

But whereas Australia could find itself in an awkward position with the US on climate, it may be the opposite when it comes to China.

Australia’s relationship with Beijing has deteriorated rapidly since Canberra called for an independent inquiry into the origins of COVID-19.

A trade dispute with steeper tariffs on Australian barley, wine and other goods was followed by a diplomatic row over a tweet by a Chinese official accusing Australia of hypocrisy over human rights, depicting an Australian soldier cutting the throat of an Afghan child.

Australia has already found Biden officials coming to its aid.

In an apparent response to the tweet row, national security advisor Mr Sullivan tweeted that America would, “stand shoulder to shoulder with its ally and rally fellow democracies to advance our shared security, prosperity, and values".

“You'd probably see China being more cautious moving forward, and being aware that if they push too hard, they're likely to experience pushback from the United States as well,” he said.

There's opportunity too, for Australia to influence the Biden presidency on China.

Mr Fullilove says Mr Morrison should meet Mr Biden as soon as possible and beat other nations jostling for influence and access to shape American policy.

“The whole world really is rushing to Washington to make friends with the new administration so we've really got to be quite sharp-elbowed,” he said.

John Lee, a Senior Fellow at the United States Studies Centre at the University of Sydney, says Canberra should get in early to suggest “institutional approaches to change Chinese behaviour or punish Beijing”.

“Under Biden, it is critical that the current Australian Government is as desperate as the Turnbull government was in 2017 in scrambling to lay the groundwork for access and influence in Washington before other countries attempt to do the same,” he wrote in a recent memo.

Australia can expect a much more "sober and serious" presidency under Joe Biden, Mr Fullilove says.

“We've lived through a very abnormal period in which you had somebody who's completely unsuited to the job,” he added.

“Joe Biden is not a saint but he's not Donald Trump, so we're going to see a much more orthodox presidency.”

Ms Hunt says Australia can expect to see more focus from the Biden administration on traditional alliances, through a potential "listening tour".

“Biden is going to have to pay closer attention to allies, and their concerns,” she said.

“I think we're going to see a Biden administration that's reaching out to those allies, engaging in key meetings, and really doing a bit of listening about what alliances mean after four years of the Trump administration.”