As Julie Bishop prepares to meet the new UK foreign secretary, she's weighed in on Brexit, Boris Johnson’s resignation and what she would say to Russian President Vladimir Putin if she were to meet with him.

As Foreign Minister Julie Bishop prepares to meet with the new British foreign secretary after Boris Johnson’s snap resignation, she says she’s in for “very important strategic discussions” ahead when it comes to Australia’s relations with the UK.

Ms Bishop is attending the Australia-UK Ministerial Consultations (AUKMIN) for the next two days (July 19-20) where she will have her first meeting with Mr Johnson’s replacement Jeremy Hunt.

Australian Defence Minister Marise Payne and Britain's defence secretary Gavin Williamson will also attend the talks in the UK, where trade and security will be high on the agenda.

Speaking ahead of the meeting, Ms Bishop said she didn’t view Mr Johnson’s resignation as a “back-step” for the UK. 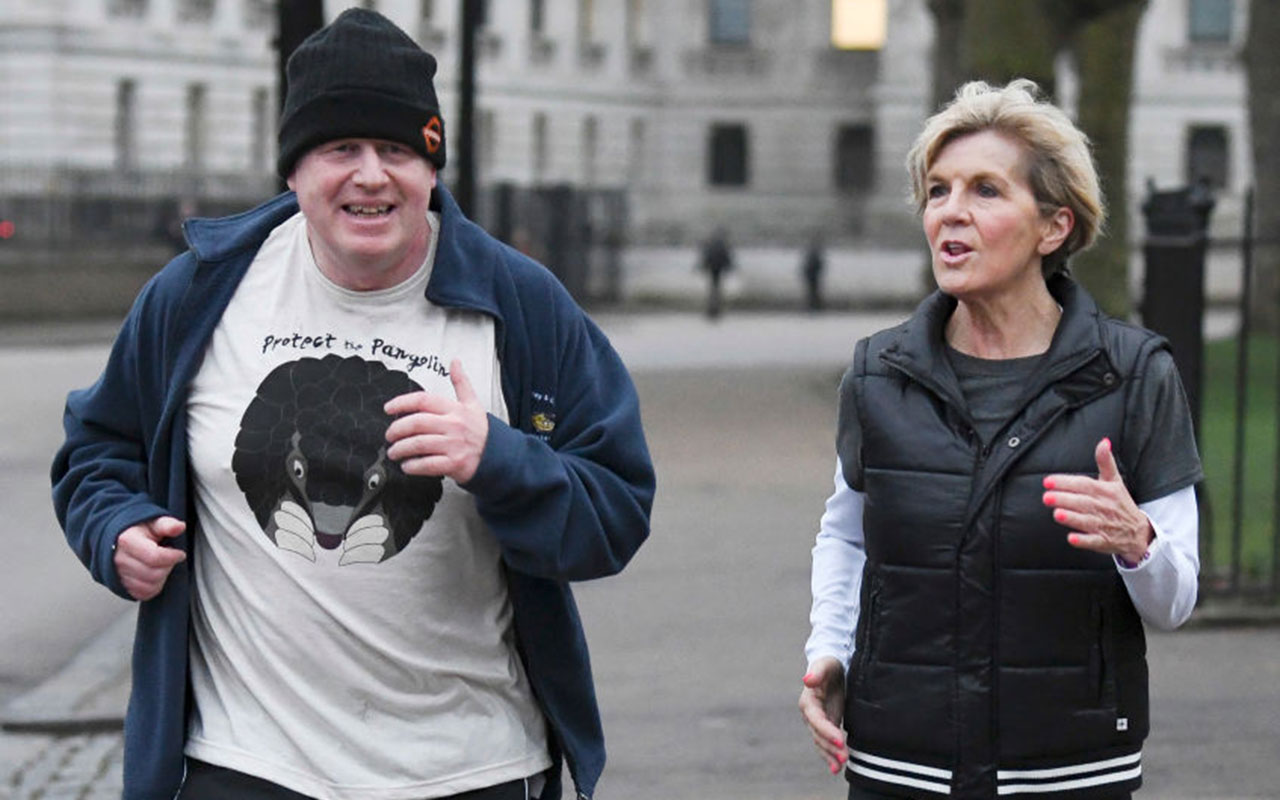 “I’ve been the foreign minister of Australia for five years now and during that time I’ve met many foreign secretaries and foreign ministers from different countries. These appointments do change from time to time,” she told SBS News.

“What’s important is meeting with the new occupant of the position – in this case, Jeremy Hunt – and continuing to pursue the opportunities and meeting the challenges that the UK and Australia face.”

Last week US President Donald Trump gave an explosive interview with UK tabloid The Sun, where he said he believed Mr Johnson has “got what it takes” and would “make a great Prime Minister”.

He also said he was “very saddened” to see Mr Johnson go and praised him as a “very talented guy”. Johnson and Bishop attend a press conference in Sydney on July 27, 2017.
Getty

Ms Bishop didn’t go as far as to back the former foreign secretary as worthy of the prime ministership but she did expect to see him in politics in the future.

“I’m sure Boris will continue to make a contribution to public life,” she said.

She said the welcome mat had been laid for her in the UK ahead of her meeting with Mr Hunt.

“I’ve been made welcome by a number of ministers and we have a very important strategic discussion coming up with the Australia UK Ministerial Forum on Thursday night,” she said.

“There’s a long way to go before Britain exits from the EU… the conversations I’ve had with British ministers indicate that while they know it’s complex, it’s challenging and there is a very long process ahead, they are confident that once Britain exits the EU there will be opportunities for greater trade and investment with other nations when it's appropriate to do so.

“Australia certainly wants to be seen as a priority for the UK in that regard.” 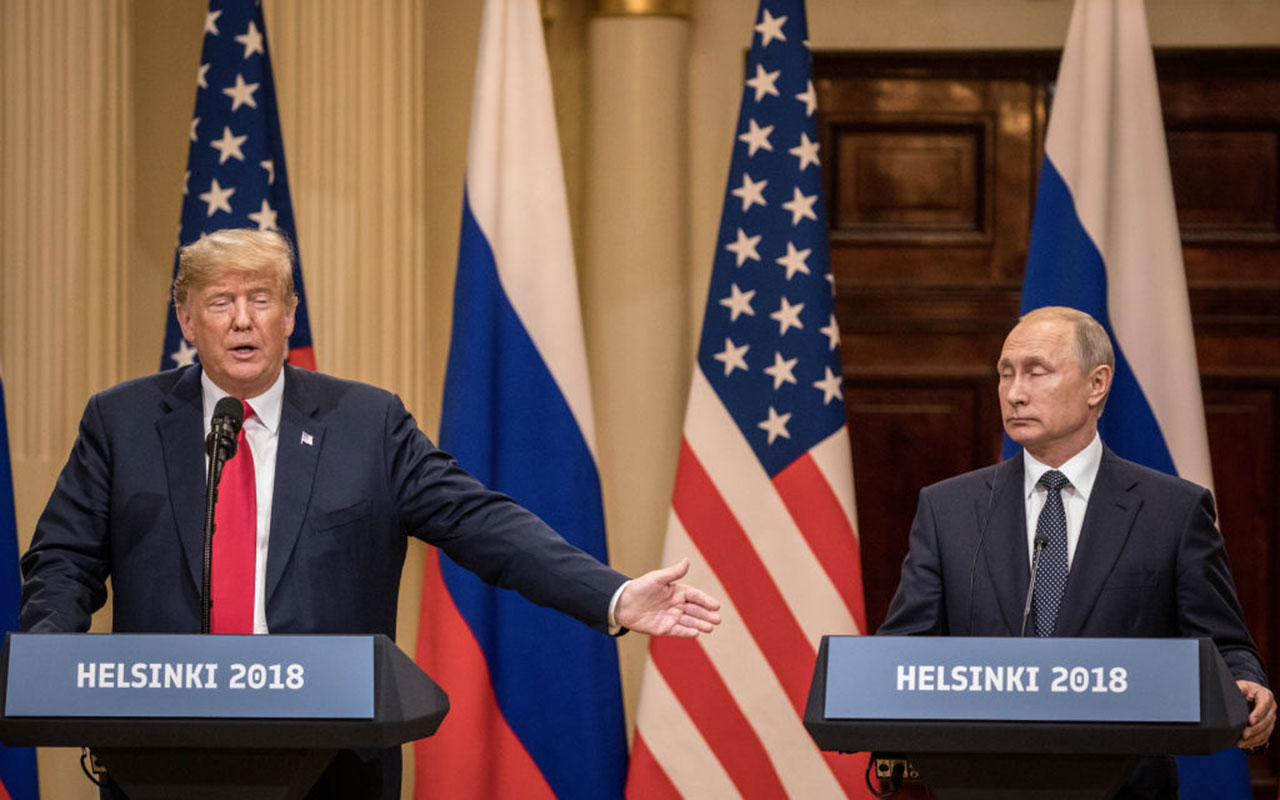 President Trump and President Putin during their summit in Finland.
Getty

'Russia has many questions to answer'

She said Australia has urged the US to continue to hold Russia to account for the downing of Malaysian Airlines MH17 and also its role in backing the Assad regime in Syria and the Salisbury incident in the UK.

“We believe Russia has many questions to answer,” she said. Julie Bishop speaks to the media following her meeting with the Russian Ambassador in Sydney on July 18, 2014.
Getty

“No one should underestimate the pain and anguish that the families and loved ones of those killed aboard MH17 are feeling on the fourth anniversary of the downing of that plane.

“No one should underestimate the determination of the Australian government to hold those responsible for the deaths of 298 people including 38 Australian citizens and residents to account and we will continue to pursue justice for those families."

When asked if US President Trump should have raised the issue with Mr Putin, she said she would have.

“If I were meeting with President Putin I would have urged him to accept state responsibility for Russia’s role in the downing of MH17, that’s what I would’ve done.” In 2014, Ms Bishop had a 25-minute discussion with the Russian leader during a summit in Italy about MH17.

At the time she said Mr Putin had been very cooperative with her requests to give investigators further access to the crash site in eastern Ukraine. Julie Bishop walks past flowers laid in memory of victims of flight MH17 in front of the Netherlands' embassy in Kiev on July 2, 2014.
Getty

Following her UK talks, Ms Bishop said she would soon meet with US Secretary of State Mike Pompeo and looked forward to raising issues of national interest.

She said Australia and the US had different approaches to diplomacy at the moment but “it’s the outcomes that count”.

“Australia and the united states are the closest of friends and allies and will continue to be so,” she said.