The case seems like a familiar story turned on its head: Avital Ronell, a world-renowned female professor of German and Comparative Literature at New York University, was found responsible for sexually harassing a male former graduate student, Nimrod Reitman.

An 11-month Title IX investigation found Ronell, described by a colleague as “one of the very few philosopher-stars of this world,” responsible for sexual harassment, both physical and verbal, to the extent that her behaviour was “sufficiently pervasive to alter the terms and conditions of Mr Reitman’s learning environment.” The university has suspended Ronell for the coming academic year.

In the Title IX final report, excerpts of which were obtained by The New York Times, Reitman said that she had sexually harassed him for three years, and shared dozens of emails in which she referred to him as “my most adored one,” “Sweet cuddly Baby,” “cock-er spaniel,” and “my astounding and beautiful Nimrod.”

Coming in the middle of the #MeToo movement’s reckoning over sexual misconduct, it raised a challenge for feminists — how to respond when one of their own behaved badly. And the response has roiled a corner of academia. 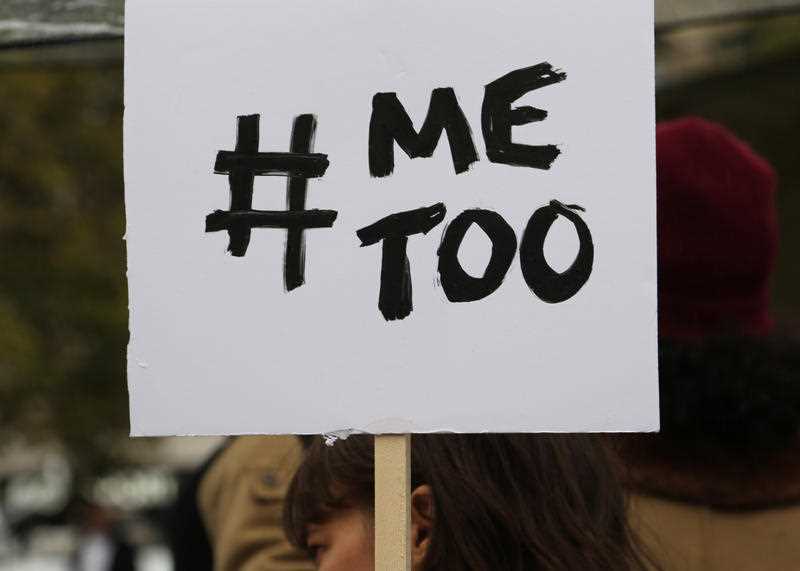 Protesters hold placards during a gathering against gender-based and sexual violence.
AAP

Soon after the university made its final, confidential determination this spring, a group of scholars from around the world, including prominent feminists, sent a letter to NYU in defence of Ronell. Judith Butler, author of the book “Gender Trouble” and one of the most influential feminist scholars today, was first on the list.

“Although we have no access to the confidential dossier, we have all worked for many years in close proximity to Professor Ronell,” the professors wrote in a draft letter posted on a philosophy blog in June. “We have all seen her relationship with students, and some of us know the individual who has waged this malicious campaign against her.”

Critics saw the letter, with its focus on the potential damage to Ronell’s reputation and the force of her personality, as echoing past defences of powerful men.

“We testify to the grace, the keen wit, and the intellectual commitment of Professor Ronell and ask that she be accorded the dignity rightly deserved by someone of her international standing and reputation,” the professors wrote.

Reitman, who is now 34 and is a visiting fellow at Harvard, says that Ronell kissed and touched him repeatedly, slept in his bed with him, required him to lie in her bed, held his hand, texted, emailed and called him constantly, and refused to work with him if he did not reciprocate. Reitman is gay and is now married to a man; Ronell is a lesbian.

Ronell, 66, denied any harassment. “Our communications — which Reitman now claims constituted sexual harassment — were between two adults, a gay man and a queer woman, who share an Israeli heritage, as well as a penchant for florid and campy communications arising from our common academic backgrounds and sensibilities,” she wrote in a statement to The New York Times.

“These communications were repeatedly invited, responded to and encouraged by him over a period of three years.”

Two years after graduating from NYU with a Ph.D., Reitman filed a Title IX complaint against his former adviser, alleging sexual harassment, sexual assault, stalking and retaliation. In May, the university found Ronell responsible for sexual harassment and cleared her of the other allegations.

Reitman’s lawyer, Donald Kravet, said he and his client have drafted a lawsuit against NYU and Ronell and are now considering their options. Both Reitman’s and Ronell’s descriptions of their experiences echo other #MeToo stories: In Reitman’s recollection, he was afraid of his professor and the power she wielded over him, and often went along with behaviour that left him feeling violated. Ronell said that Reitman desperately sought her attention and guidance in interviews she submitted to the Title IX office at NYU, which The New York Times obtained.

The problems began, according to Reitman, in the spring of 2012, before he officially started school. Ronell invited him to stay with her in Paris for a few days. The day he arrived, she asked him to read poetry to her in her bedroom while she took an afternoon nap, he said.

“That was already a red flag to me,” Reitman said. “But I also thought, OK, you’re here. Better not make a scene.”

Then, he said, she pulled him into her bed.

“She put my hands onto her breasts, and was pressing herself — her buttocks — onto my crotch,” he said. “She was kissing me, kissing my hands, kissing my torso.” That evening, a similar scene played out again, he said.

He confronted her the next morning, he said.

“I said, look, what happened yesterday was not OK. You’re my adviser,” he recalled in an interview.

When he got to New York, the behaviour continued, he said, when after Hurricane Sandy in October 2012, Ronell showed up at his apartment because her power had gone out. He said that, despite his objections, she convinced him that they could both sleep in his bed together. Once there, she groped and kissed him each night for nearly a week, he said.

“Professor Ronell denies all allegations of sexual contact in their entirety,” Mary Dorman, Ronell’s lawyer, wrote in a submission to the Title IX office. Ronell said she only stayed for two nights after the hurricane, at Reitman’s invitation.

The Title IX report concluded that there was not enough evidence to find Ronell responsible for sexual assault, partly because no one else observed the interactions in his apartment or her room in Paris.

In the semesters that followed, Reitman said he was expected to work with Ronell, often at her apartment, during lengthy work sessions nearly every weekend. Ronell frequently detailed her affection and longing for him, according to emails from her that Reitman provided to The New York Times.

“I woke up with a slight fever and sore throat,” she wrote in an email on June 16, 2012, after the Paris trip. “I will try very hard not to kiss you — until the throat situation receives security clearance. This is not an easy deferral!” In July, she wrote a short email to him: “time for your midday kiss. my image during meditation: we’re on the sofa, your head on my lap, stroking you [sic] forehead, playing softly with yr hair, soothing you, headache gone. Yes?”

In a submission to the Title IX office, Ronell said she had no idea Reitman was so uncomfortable until she read the investigators’ report.

Reitman also said that Ronell retaliated against him for complaining to her about her behaviour, in part by sending pro forma recommendations on his behalf, thwarting his job prospects. But the Title IX report found that her recommendation letters “were comparable to those for other former students” and he did secure two postgraduate fellowships.

Ronell and some who are backing her have attempted to discredit her accuser in familiar ways, asking why he took so long to report, and why he seemed so intimate with Ronell if he was, in fact, miserable. Maybe, Ronell suggested, he was frustrated because he just wasn’t smart enough.

“His main dilemma was the incoherency in his writing, and lack of a recognizable argument,” Ronell said in a January 2018 interview submitted to the Title IX office.

Diane Davis, chair of the department of rhetoric at the University of Texas-Austin, who also signed the letter to the university supporting Ronell, said she and her colleagues were particularly disturbed that, as they saw it, Reitman was using Title IX, a feminist tool, to take down a feminist.

“I am of course very supportive of what Title IX and the #MeToo movement are trying to do, of their efforts to confront and to prevent abuses, for which they also seek some sort of justice,” Davis wrote in an email. “But it’s for that very reason that it’s so disappointing when this incredible energy for justice is twisted and turned against itself, which is what many of us believe is happening in this case.”

Title IX was intended to address a long history of sexual harassment and assault of women at school, according to Dana Bolger, a co-founder of Know Your IX, a national advocacy group that teaches students about their Title IX rights.

In addition to the suspension, which the university never publicly announced, NYU is investigating further claims of retaliation related to the professors’ letter.

John Beckman, a spokesman for the university, wrote in a statement to The Times that NYU was “sympathetic” to what Reitman has been through.

But, Beckman added, “given the promptness, seriousness and thoroughness with which we responded to his charges, we do not believe that his filing a multimillion-dollar lawsuit against the university would be warranted or just.”

Both Ronell and Reitman feel they have been miscast in this #MeToo story.

Reitman said he never intended to become any kind of public figure in a national conversation about gender, and that he started the process before the movement took off. “It didn’t come from #MeToo,” he said.

In March 2018, Ronell pointedly complained that Reitman had a penchant for “comparing me to the most egregious examples of predatory behaviours ascribable to Hollywood moguls who habitually go after starlets.”