As the Northern Territory moves to allow fracking, SBS News looks at the arguments for and against.

The Northern Territory government announced this month that it will lift a ban on fracking, with more than half of the territory's land mass to be available for the practice.

But it is a controversial topic both in Australia and around the world.

Hydraulic fracturing or "fracking" is a method of extracting fossil fuels – primarily natural gas but also oil – from deep underground.

It involves drilling into the earth, then injecting a combination of water, sand and chemicals which breaks up the rock and allows gas or oil to flow to the surface. 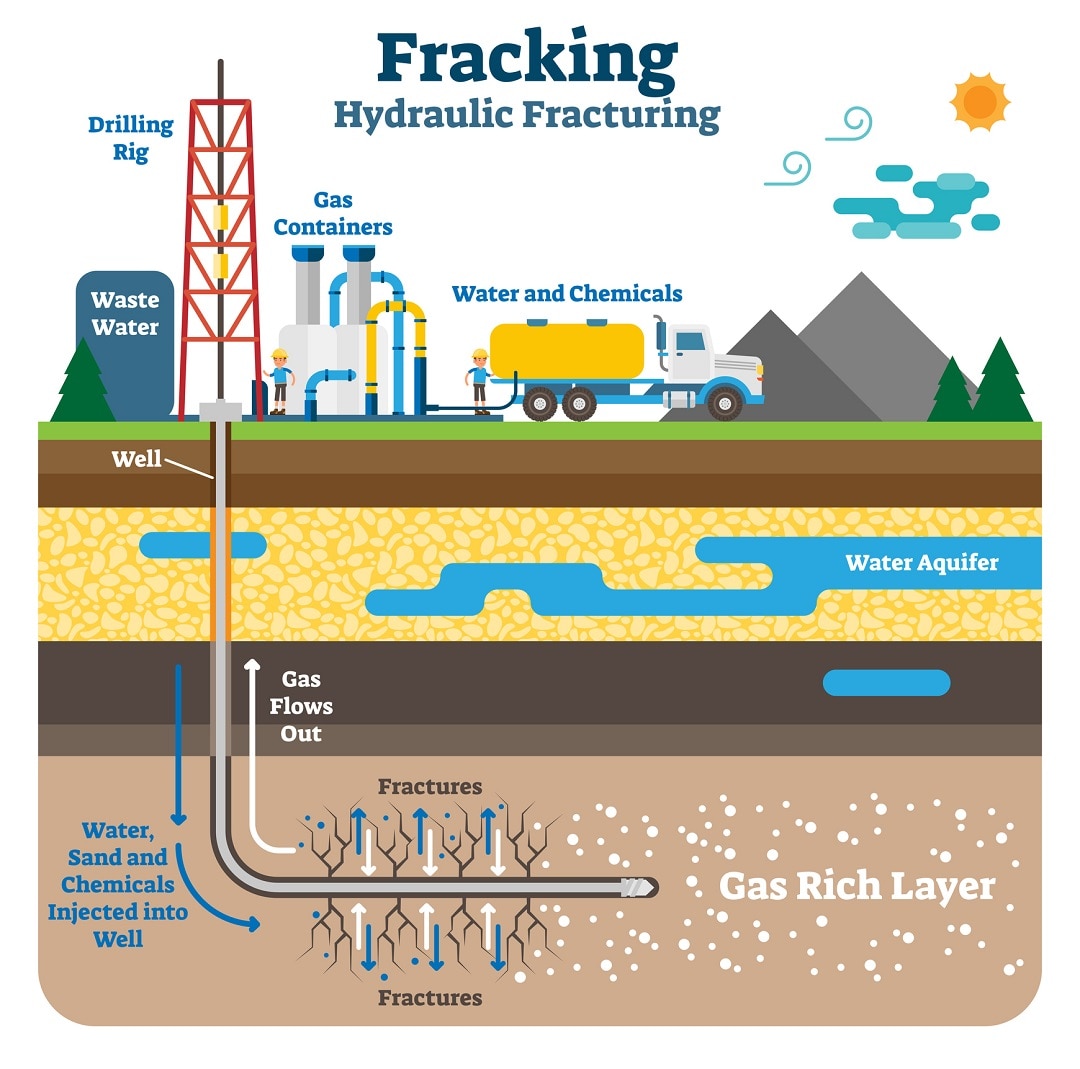 It's existed since the mid-20th century but has only become widespread internationally over the last decade due to better drilling technology.

Is there fracking in Australia?

Fracking has been used around Australia but current regulations are uneven and inconsistent in each state and territory.

Last year, Victoria became the first state to permanently ban fracking on land (or onshore), in what then-Minister for Resources Wade Noonan called "a historic day for our state".

There are moratoriums on fracking in Tasmania and Western Australia, while New South Wales has applied certain restrictions on fracking.

The new South Australian Liberal government is planning a 10-year ban on fracking in much of the state's south-east.

Queensland more broadly allows the practice and the Northern Territory announced on 17 April its ban on fracking will be lifted. 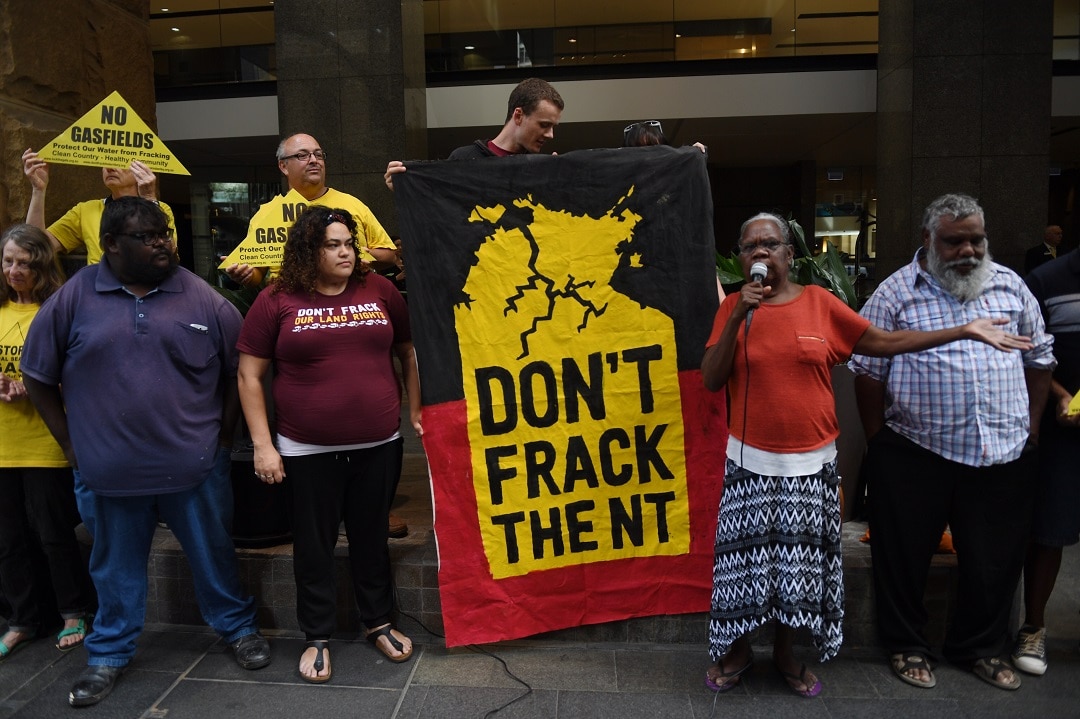 An anti-fracking protest outside the 2017 Annual General Meeting for Origin Energy in Sydney.
AAP

The federal government is pushing for far more fracking.

"I would like all moratoriums and bans across Australia lifted, because more gas is good for jobs and it's good for energy security and supply," Minister for the Environment and Energy Josh Frydenberg has said.

Do other countries frack?

The US in particular has experienced a fracking boom over the past decade, with widespread use of the practice opening billions of barrels of oil and trillions of cubic feet of natural gas to production.

Time Magazine said the US adoption of fracking has meant the country "is on the verge of transforming the world's energy markets". 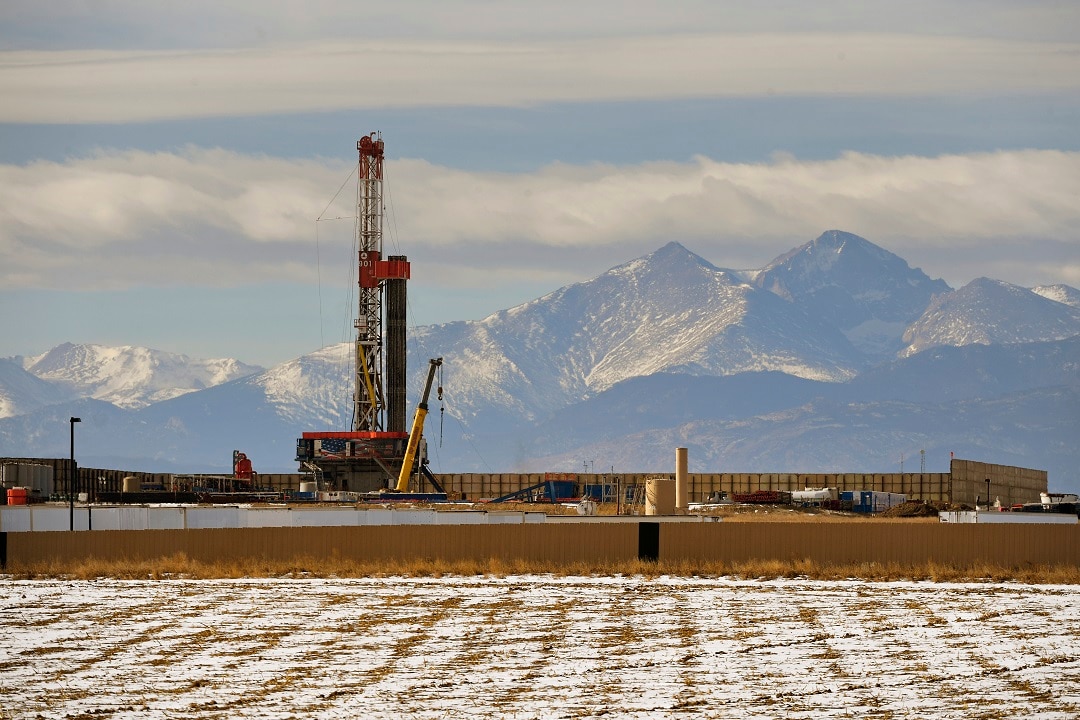 A fracking operation in Colorado.
Getty

But other countries and jurisdictions have been far more hesitant around fracking – it is banned in many places including New Zealand, Germany, France and Spain.

Following a recent fracking ban in Scotland, US senator and 2016 presidential contender Bernie Sanders called on his country to follow suit. He posted on Facebook: "Congratulations to Scotland for taking the very significant step to ban fracking following enormous public opposition to the practice".

What is the economic case in Australia?

"The jobs, the investment, the opportunities that come with opening up 180 years of gas that you're sitting on is endless," he said.

The Coalition is also hailing gas as key to improving the stability and affordability of electricity.

But Associate Professor Gavin Mudd from the RMIT School of Civil and Infrastructure Engineering challanged this theory.

"We have a gas crisis because industry started exporting it and quadrupled the price of gas overnight," he told SBS News.

"This is entirely a crisis generated by industry, and now they're proposing to solve it with more gas … It's absolutely insane."

What are the risks of fracking?

Spokesperson for Australian anti-fracking group Lock the Gate, George Woods, told SBS News that shale fracking in particular "is an industry that is very thirsty and creates a considerable amount of waste water". Northern Territory announces its ban on fracking will be lifted

One research project by the US Environmental Protection Agency has found that fracking can impact drinking water and has resulted in some private drinking wells being unusable.

And Ms Woods said there were also many unknowns around water contamination.

"The gas gets extracted and the money made in the first short years of boom time, but the long-term change to groundwater takes place over decades and centuries," she said.

"Australia's environment laws are simply not equipped to deal with the damage that occurs over these time frames."

She also said the "flaring and venting of gas" from fracking projects releases volatile compounds into the atmosphere, which can similarly be dangerous for the environment and human health.

One recent study by the Concerned Health Professionals of New York and the Nobel Peace Prize-winning group Physicians for Social Responsibility was particularly scathing about fracking in the US. 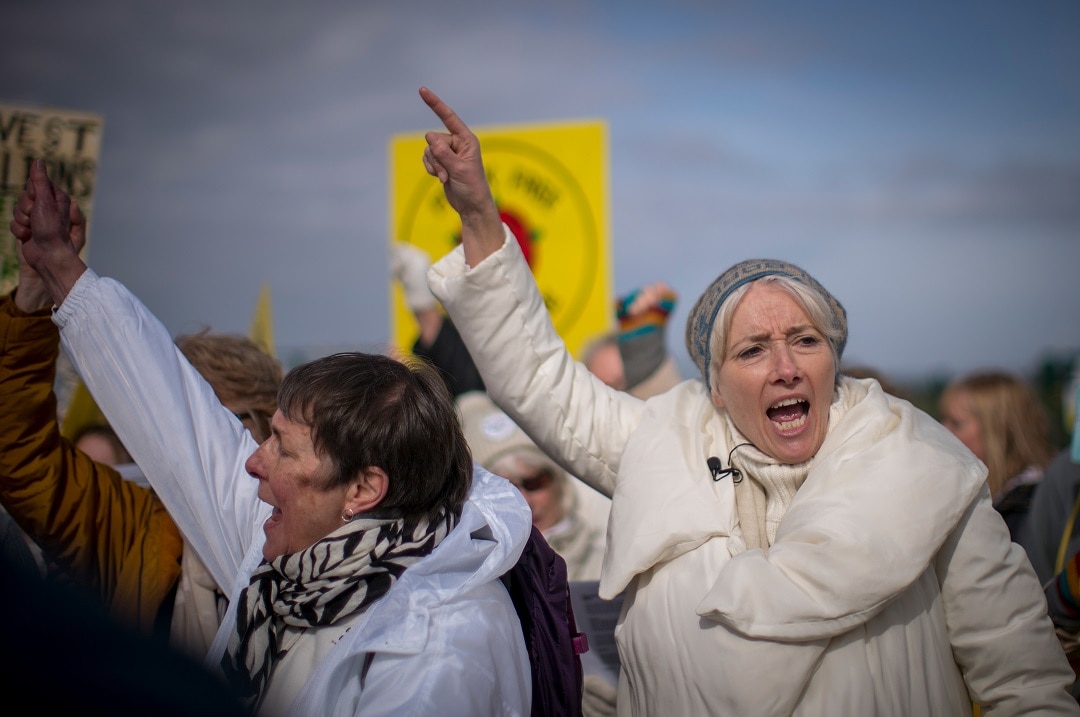 British actress Emma Thompson at an anti-fracking protest in the UK.
Getty

Drawing on news investigations, government assessments and more than 1,200 peer-reviewed research articles, its conclusion was "our examination … uncovered no evidence that fracking can be practiced in a manner that does not threaten human health".

The study found that - at least in the US - there were increasing dangers to health around fracking, including respiratory disease, cancer risk, and low birth weight and preterm birth.

One of the report's co-authors Dr Sandra Steingraber said "what impressed us, as we reviewed and compiled the data, is just how extensive the impacts from drilling and fracking processes are".

"Spikes in toxic air pollution accompany fracking wherever it goes. Drinking water is destroyed. Earthquakes are triggered. Abandoned wells leak. Pipelines explode … And nearby residents are suffering health problems consistent with their exposures - including newborn infants."

But in a statement provided to SBS News, Professor in Petroleum Engineering at UNSW Sheik Rahman told SBS News that negative impacts can be mitigated.

"If an appropriate technology is adopted and implemented, we should never experience any effect on our environment due to hydraulic fracturing," he said. A fracking operation in Texas.
Getty

This allaying of concerns has also been stressed by The Australian Petroleum Production and Exploration Association, a group representing the industry.

Material from the group says the injected fluid during fracking is typically more than 99 per cent water and sand plus a "very small amount of chemicals".

"All recovered fluids are isolated in sealed storage areas designed to prevent leakage, such as specially designed and constructed dams or above-ground holding tanks," it says.

"Given the nature and dilution of chemicals used in Australian operations, fracking does not impair water quality."

What about climate change?

Another main concern around fracking is the longer-term impact on climate change. 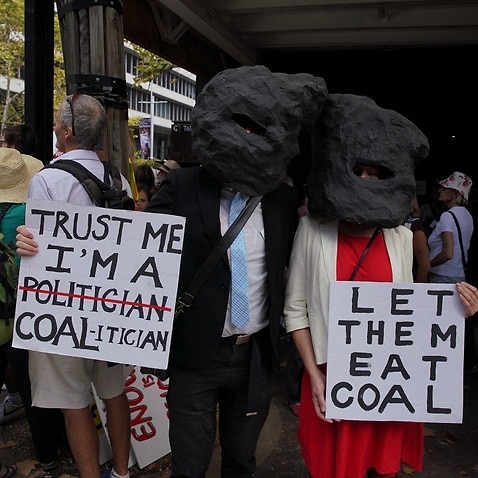 Anti-coal protesters take to the streets in Sydney

As an energy source, gas is sometimes considered cleaner than coal as it does not produce the same level of carbon emissions as coal when burned.

But RMIT's Dr Mudd told SBS News this is a "huge" misconception.

He said burning black coal leads about one tonne of carbon emissions for every megawatt hour of electricity generated, while that figure is 0.7 tonnes for gas and less than 0.1 tonnes for renewables.

"So gas still leads to at least seven times more carbon emissions than renewables," he said.

"Thinking that gas is a clean form of energy is tragic … We're being misled."

Thinking that gas is a clean form of energy is tragic

"If shale gas (extraction) occurs in Australia to the extent that industry wants it, we're talking tens – or potentially hundreds – of millions of tonnes of greenhouse gas emissions. It would be a massive increase."

Dr Mudd urged current and future federal governments to invest in renewables sources of energy instead.