Family First senator Lucy Gichuhi has laid out the reasons why she is opposed to same-sex marriage, arguing that just because other countries have legalised it didn’t mean Australia should.

Family First senator Lucy Gichuhi has warned of the "unintended consequences" of legalising same-sex marriage, questioning what Australian society would look like in the future if it starts "experimenting" with marriage.

Senator Gichuhi made the comments in an eight-page statement on Friday outlining reasons why gay marriage should not be legalised.

The Kenyan-born politician said she never had to think about the issue before she arrived in Australia because she came from a culture where sexuality was not openly discussed.

She also revealed her brother used to be dressed as a girl and queried how that “would have played out for him” today in Australia.

When her first brother was born, with only female siblings, her family would dress him in his sisters’ clothes.

“My parents could not afford to buy new boys clothes so we dressed him in the clothes of the older girls,” Senator Gichuhi said.

“As soon as he was old enough to realise what was going on - that he was a boy dressed in girl’s clothes - he became outraged and ran off to live with our cousins next door who had more boys than girls in their family."

Her brother “had had enough of it”, the South Australian senator said.

“At that time, I thought nothing of it,” she added.

“I wonder what my brother would say if we were growing up in Australia today? How would it have played out for him now?”

Senator Gichuhi said pressure on the government to redefine marriage was not necessarily the majority view.

Just because other countries had legalised same-sex marriage did not mean Australia had to, she said.

“If we experiment with marriage this time around, what is next? How far is too far? What will society look like in four or five generations to come?

“Society changes as it grows but it could lead to unintended consequences that could encroach into other aspects of society as we know it.”

Changing and hacking at laws would leave them virtually unrecognisable, she said, stressing the importance of preserving the constitution and Australian laws.

“Let us not remove or disturb the ancient stones our founding fathers laid. We are not just trying to fit in. We are trying to show the rest of the world how to preserve a country for generations to come by preserving the lowest civil unit – the family. There is a better way to negotiate than through intimidation and domination.

“Let us avoid political and legal confusion. Likewise, we must also be careful about ideological invention and philosophical manipulation that cannot stand against the test of time.” 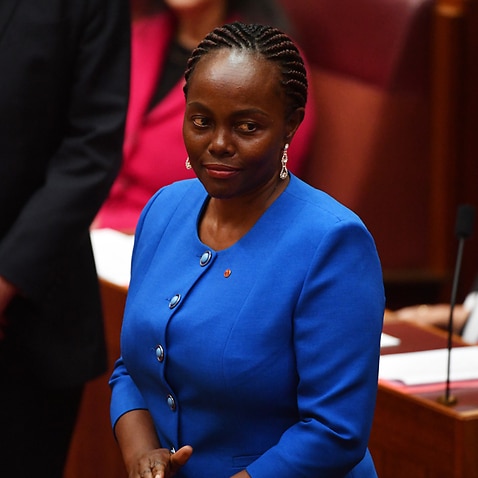 'Mr Morrison has a choice': Communities of faith demand climate action at protests around Australia