They have already earned a very terse reception from China. But what exactly is in the government’s draft counter-espionage and foreign interference laws?

The prime minister says the package of foreign interference reforms is set to be “the most important overhaul of the nation’s counterintelligence framework since the 1970s”.

It comes after a year of damaging media reports about efforts by actors linked to the Chinese Communist Party to influence politics, media and academia in Australia; as well as “grave warnings” stemming from a classified Australian Security Intelligence Organisation report to the prime minister.

Amid debate about the extent and nature of the problem, security expert Rory Medcalf from the National Security College in Canberra called Beijing's efforts "the sharp power of intrusive influence".

“Our agencies lacked the legislative tools they needed to act,” the prime minister declared as he introduced the package of bills to parliament on Thursday night, “and it’s fair to say that our system as a whole had not grasped the nature and the magnitude of the threat.”

The changes will make it much easier to prosecute foreign nationals intentionally interfering with Australia's political system, but some commentators fear they will have unintended consequences.

‘Not racist or xenophobic’ 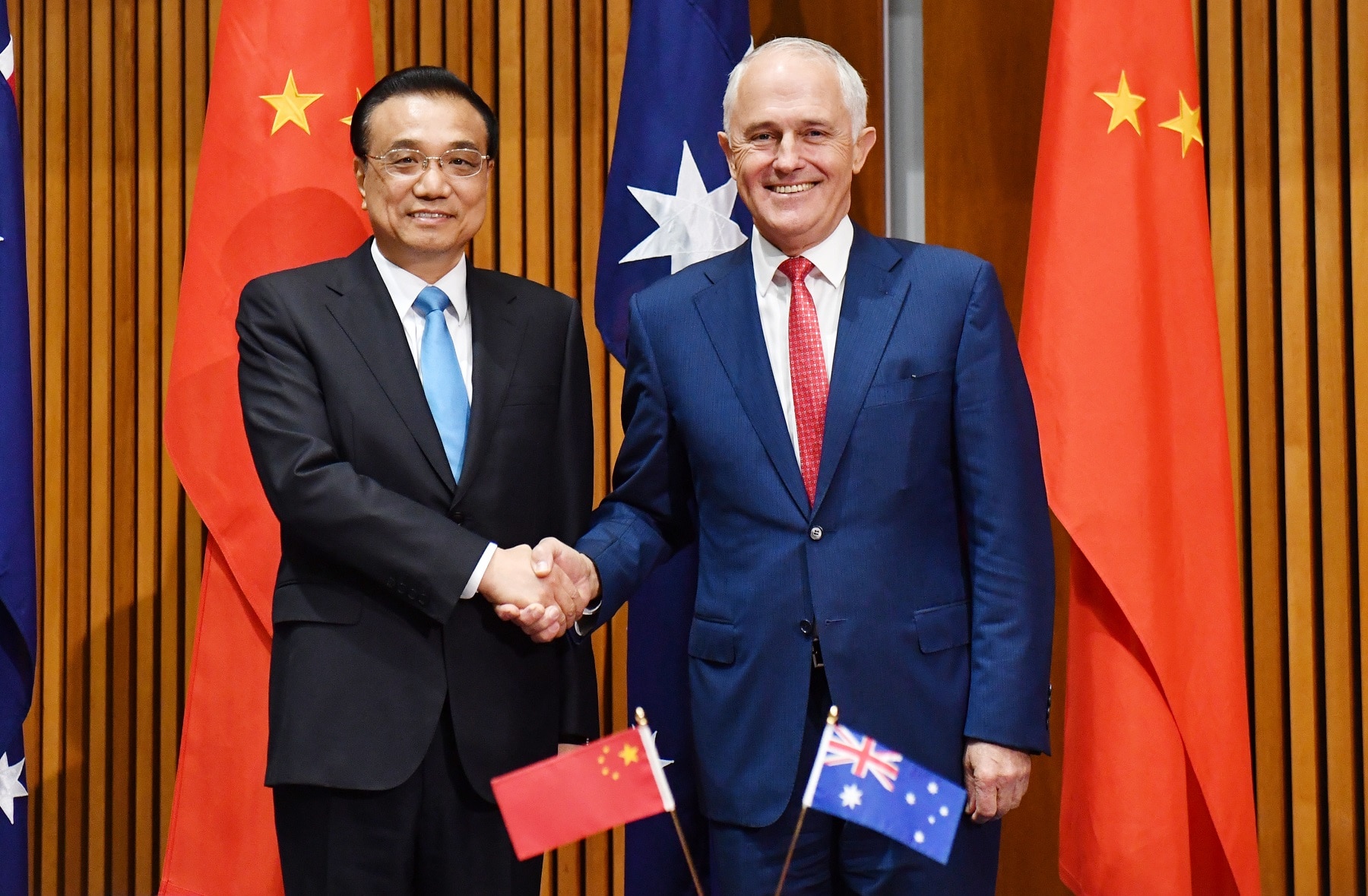 The focus on China provoked an angry reaction from the Chinese embassy in Australia on Wednesday, which said Australia was exhibiting a “Cold War mentality” and accused the Australian media of fabricating stories about Chinese government influence.

"China has no intention to interfere in Australia's internal affairs or exert influence on its political process through political donations," an embassy spokeswoman said on Wednesday.

But a day after that, Mr Turnbull repeated his statement that the government takes media reports of Chinese Communist Party covert interference “very seriously”.

He added that the laws were "not all about China”, citing Russia’s reported meddling in the Brexit vote and US and French elections; as well as alleged overseas operations by Iran and North Korea.

He said the laws are not about the loyalties of Australians born elsewhere, and "there is no place for racism or xenophobia in our country."

A register of foreign interests

There are four bills in the Turnbull government’s foreign interference reforms. The first element is a new register of foreign interests, called the Foreign Influence Transparency Scheme, where anyone “engaging with the Australian political landscape on behalf of a foreign state” must sign up.

The idea is based on similar laws in the US and is akin to a lobbyists register, designed to force a level of disclosure from people acting for foreign states.

The requirements will impact commercial lobbyists working for foreign powers as well as former Cabinet ministers and MPs within three years of leaving parliament, prompting an angry reaction from former trade minister Andrew Robb who secured a lucrative consultancy with the Chinese Darwin port lessee Landbridge after leaving office.

But unlike the lobbyist register (where it is just a code breach), the failure to disclose ties - whether commercial or otherwise - to a foreign state may be a criminal offence.

The draft laws create a range of new and updated offences for acts of foreign interference, taking inspiration from similar US "foreign agent" laws.

Mr Turnbull said it addresses “a clear gap” by criminalising “covert, deceptive and threatening actions” aimed at influencing Australia’s political process or prejudicing national security, sometimes known as the sub-espionage level of foreign interference. This might include actions like foreign government-linked individuals covertly infiltrating, donating to or lobbying political parties.

The bills introduce a range of new espionage offences for possessing, receiving or communicating sensitive information as well as offences of preparing for espionage or stealing trade secrets, and are punishable by up to 15 years in jail.

But some commentators say the new laws are too broad, and could expose journalists and whistleblowers - or even academics - to the risk of prosecution. Surveillance cameras outside the new ASIO headquarters in Canberra, May 28, 2013.
AAP

First announced by the prime minister in July, the new Home Affairs portfolio is modelled on the UK’s Home Office.

It will pull together agencies involved in border security, counterterrorism, cybersecurity, law enforcement, transport security, criminal intelligence and emergency management under the direction of one senior minister. Current immigration minister Peter Dutton is set to take the role.

Attorney-General George Brandis will get an “enhanced role”, assuming responsibility for oversight bodies the Inspector-General of Intelligence and Security, and the Commonwealth Ombudsman. Mr Brandis continues to have the authority to sign off on all ASIO warrants. Senator Matthias Cormann is yet to introduce the fourth and final bill from the package into the Senate, which is designed to bring about a long-awaited ban on foreign political donations. Australia has been something of an anomaly among western democracies in permitting foreign entities to donate.

As he introduced the bills in parliament, Mr Turnbull could not resist a swipe at Opposition Leader Bill Shorten over besieged Labor Senator Sam Dastyari, who was forced to resign from all front bench positions after the emergence of more damaging revelations of his links with Huang Xiangmo, a wealthy Chinese citizen and generous political donor who lives in Australia. Both major parties have accepted donations largesse from Mr Huang.

“These new laws will help the Leader of the Opposition manage any issues inside his party, I should note,” Mr Turnbull said.