As hundreds of thousands of Australians face unemployment, SBS News looks at who is eligible for government support.

In scenes reminiscent of the Great Depression, hundreds of newly-unemployed Australians queued for hours at Centrelink offices across the country on Tuesday for the second day in a row.

The COVID-19 outbreak has already led to widespread job losses as many businesses close and the banking sector is now warning that more than 800,000 jobs could be gone nationally within months. 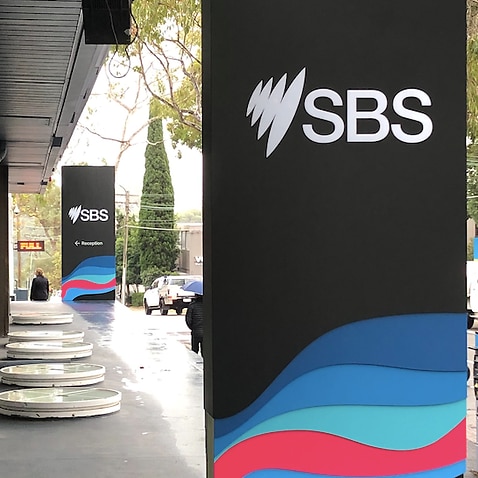 So what help is available for Australians who are out of work?

On Sunday, the Federal Government announced new and existing welfare recipients would receive a coronavirus supplement of $550 a fortnight, meaning that some welfare payments are being doubled.

The government said the supplement would be provided to people on:

On Monday, the Morrison government made the last-minute decision to also include those on Youth Allowance, Austudy and Abstudy, meaning students and apprentices are also eligible for the welfare boost. 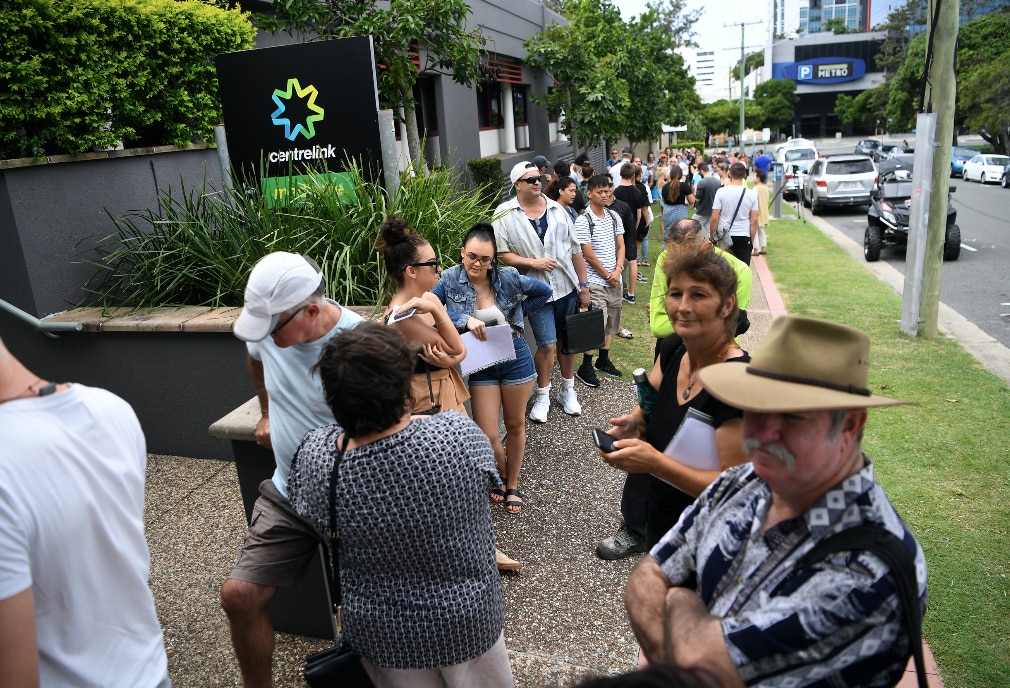 People are seen queueing outside the Centrelink office in Southport on the Gold Coast.
AAP

Social Services Minister Anne Ruston said this was done "in recognition of the fact that many students, particularly those that support themselves, also have incomes from casual work to support their study".

The $550 extra payments will not kick in until 27 April and will last for six months.

If you are already receiving the JobSeeker Payment or any of the other eligible payments, the coronavirus supplement will automatically be added next month.

But the many Australians now out of work will have to apply for one of these payments.

Importantly, the eligibility for the JobSeeker Payment and Youth Allowance has now been expanded, so you can apply for it if you are:

The government has waived the assets tests and the waiting period but there is still an income test.

Individuals who earn less than $1,075 a fortnight will be eligible to receive the full supplement.

We’re experiencing intermittent issues online. We're working hard to expand the capacity of our online services.
If you’re submitting a claim for JobSeeker Payment you can do this online 24/7 and we encourage you to keep trying. pic.twitter.com/nQBEKZZas8

But the application process is not straightforward.

Centrelink offices cannot handle the demand and phone waiting times are hours long, so the government is urging new welfare applicants to apply online via MyGov.

"The most acute need of course is for people who don't have any income at all and they are coming to Centrelink for the first time ... People who are rapidly losing their jobs as we speak," Australian Council of Social Services head Cassandra Goldie told ABC News on Tuesday.

"There are a huge number of people who are in that situation … We need to make sure that the online portal has maximum capacity and we give priority on the phones to people who can't get online."

Most temporary visa holders will not be able to access these payments.

Hundreds of thousands of New Zealanders in Australia could be affected by this, as most are stuck on temporary visa status due to immigration laws from the Howard era.

"Just for these exceptional circumstances for New Zealanders to be supported. Not least because it will encourage compliance at a time when we need everyone to be self isolating if they have to for instance," she told reporters. 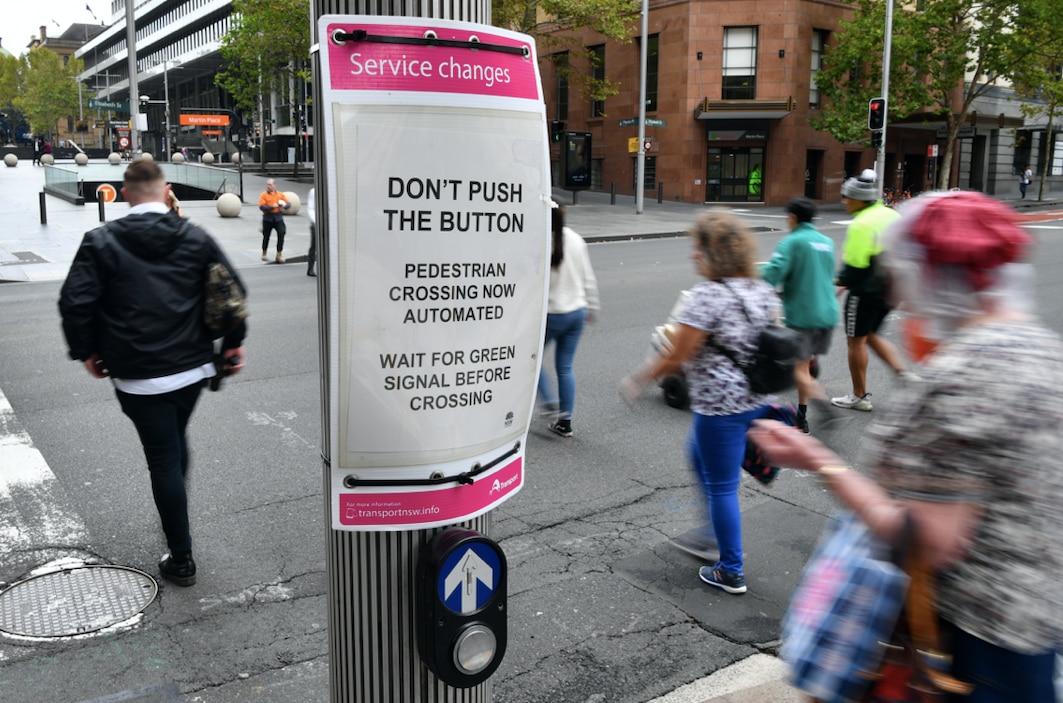 A City of Sydney notice about automated pedestrian crossings at Martin Place.
AAP

A spokesperson for Senator Ruston's office confirmed to SBS News on Tuesday that international students will not be able to access payments.

In a statement, the Innovative Research Universities (IRU) network voiced its concern.

Is there any good news for migrants?

Senator Ruston is examining all visa categories to see if there are some foreign workers who should be granted access, but no decisions have been made.

As part of the package, the Federal Government has waived the waiting period for newly arrived residents.

"This means migrants who are permanent residents will temporarily be able to access income support payments sooner in the wake of the coronavirus economic downturn," a Department of Social Services spokesperson told SBS News. 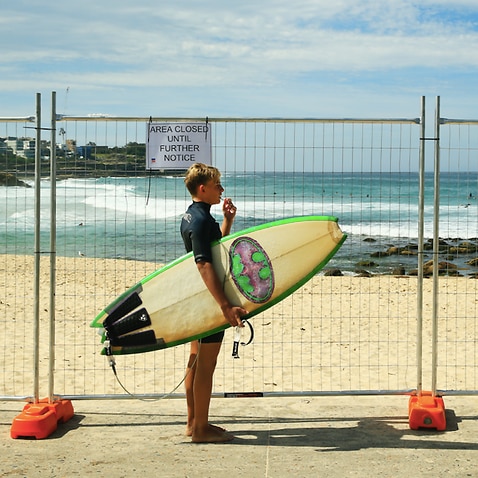 Why this week could define Australia's COVID-19 outbreak

The spokesperson said welfare assistance may be available to some other temporary visa holders "if they face significant financial hardship under the Special Benefit payment".

How has the rollout been?

After the measures were announced, Centrelink offices around Australia were inundated on Monday, with police called to some locations.

Those who called were forced to wait for hours and the MyGov website crashed several times, which Government Services Minister Stuart Robert wrongly blamed on hackers.

"My bad [for] not realising the sheer scale of the decision on Sunday night by national leaders," he said on Tuesday.

"I probably should have waited for the investigation before jumping the gun." "That's unfortunate and it has consequences for people because it breaks down people's confidence in the system."

The government has promised to hire 5,000 extra Centrelink staff to help cope with the demand.