The people of New Caledonia are about to decide on their country's future, but this weekend's referendum may not be the end of the process.

On Sunday 4 November 174,154 people in New Caledonia will vote in a referendum to decide if their Pacific island will become an independent state or remain part of France.

They will be asked to answer 'yes' or 'no' to the question: “Do you want New Caledonia to attain full sovereignty and become independent?”

New Caledonia is one of 17 “non-self governing territories” listed by the United Nations for decolonisation. 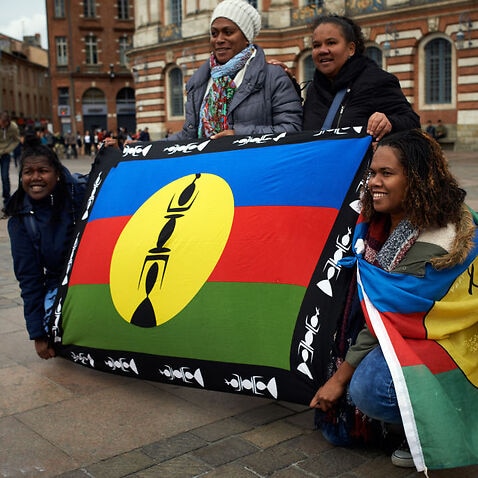 Australia could soon have a new nation next door

Opinion polls indicate there is an approximately 60-40 split in favour of 'no'.

Voting, however, is not compulsory, and the intentions of a large portion of the Indigenous people, known as the Kanak, is unknown.

The size of the final vote in the first of three possible referenda will be closely watched.

Anti-independence parties Caledonia Ensemble, The Republicans and others say if there is an overwhelming 'no' vote they will oppose holding any more referenda.

There are also fears an overwhelming “no” could lead to protests and outbreak of violence. Three-hundred-and-fifty French security personnel have been flown in preparation and stationed around the island. Referendum paraphernalia ahead of the country's vote.
SBS News/Stefan Armbruster

Whatever the size of the 'no’ vote, the umbrella group for pro-independence parties FLNKS (Kanak and Socialist National Liberation Front) will pursue two constitutionally mandated referendums.

Interim voter numbers will be released after midday on Sunday with a full declaration of the result due by the French prime minister Edouard Philippe in the capital Noumea on Monday before meeting with the leaders of New Caledonia’s political parties.

What happens next was detailed by Mr Philippe’s office in a press release last month which stated: “This vital deadline is the culmination of a long process of peace and dialogue which has allowed New Caledonia to overcome the traumas of its history and turn to the future.”

The future after a 'yes' vote

New Caledonia becomes an independent state and must put in place the instruments of government and a constitution. 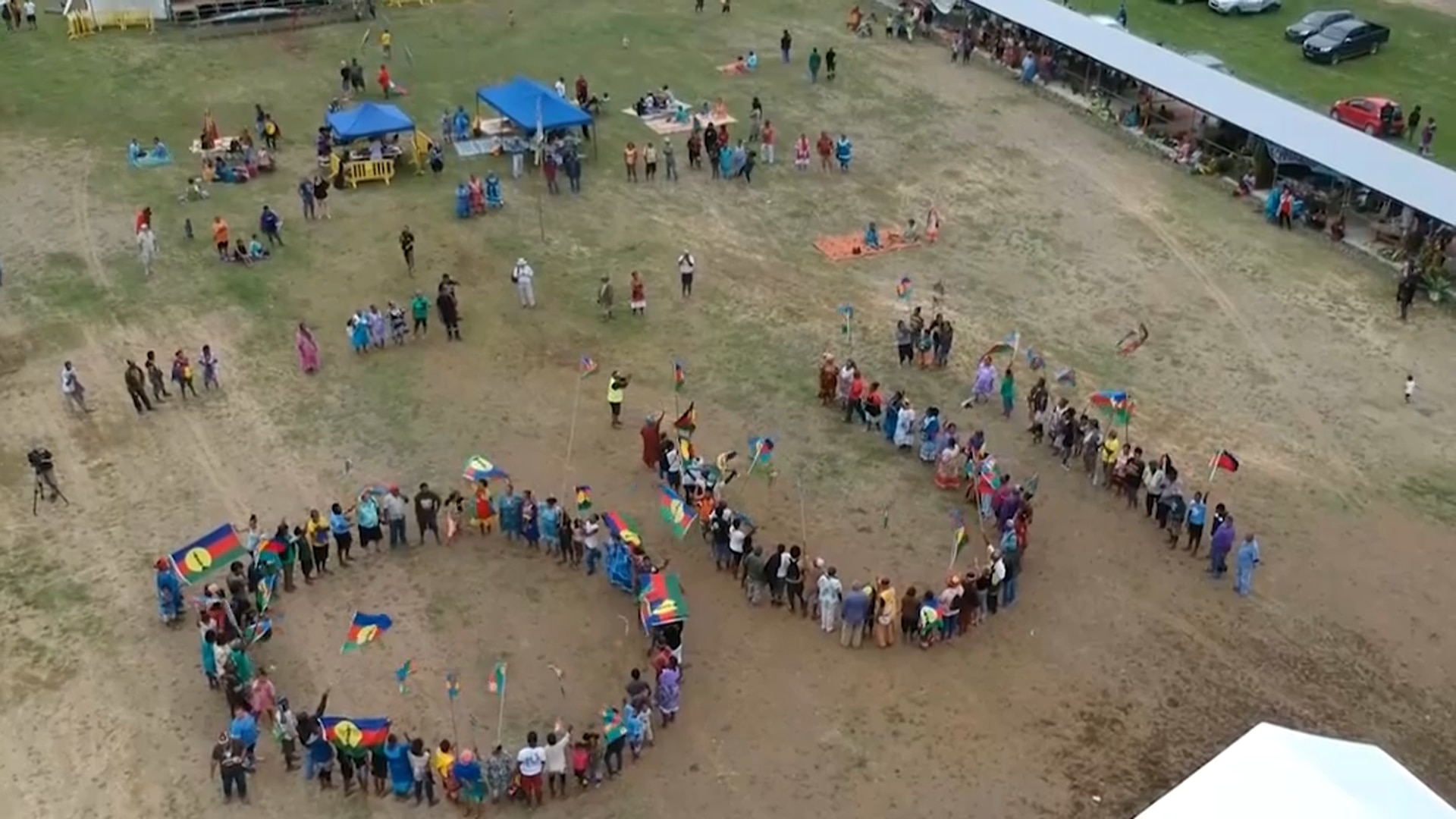 Campaigners for a 'yes' vote.

France will not abruptly withdraw but will continue to provide services and finance for a limited amount of time.

It will then pass a law that “will mark the end of New Caledonia’s membership” of the republic and the new state will have have to make a unilateral declaration of independence after which it can then apply for admission to the United Nations.

The country will no longer use the French flag and its proposed name would be ‘Kanaky Nouvelle Caledonie’, recognising both the Indigenous and colonial history.

Currently New Caledonia receives billions of dollars in French government subsidies under the Noumea Accord (Noumea Agreement) signed in 1998 that set the terms of the referendum.

These will come to an end and “the financial relations between France and New Caledonia will be established within the framework of public policy of development aid." The Kanaks are the driving force behind the referendum.
SBS News

A newly independent New Caledonia will also set the requirements for nationality and to issue passports.

France will pass a law setting “conditions under which a maintenance of French nationality of certain nationals of the new State would be possible."

The future after a 'no' vote

If the answer is 'no' then New Caledonia remains part of the French republic, ruled by its institutions and the Noumea Accord will continue to apply.

Under the Noumea Accord, a second and third referendum can be held over the next four years in which the same question can be put to the electorate.

These two polls can be invoked by one-third of the New Caledonian local government, known as Congress.

Provincial elections for the Congress will be held next May, after which it is expected to decide on the next step. 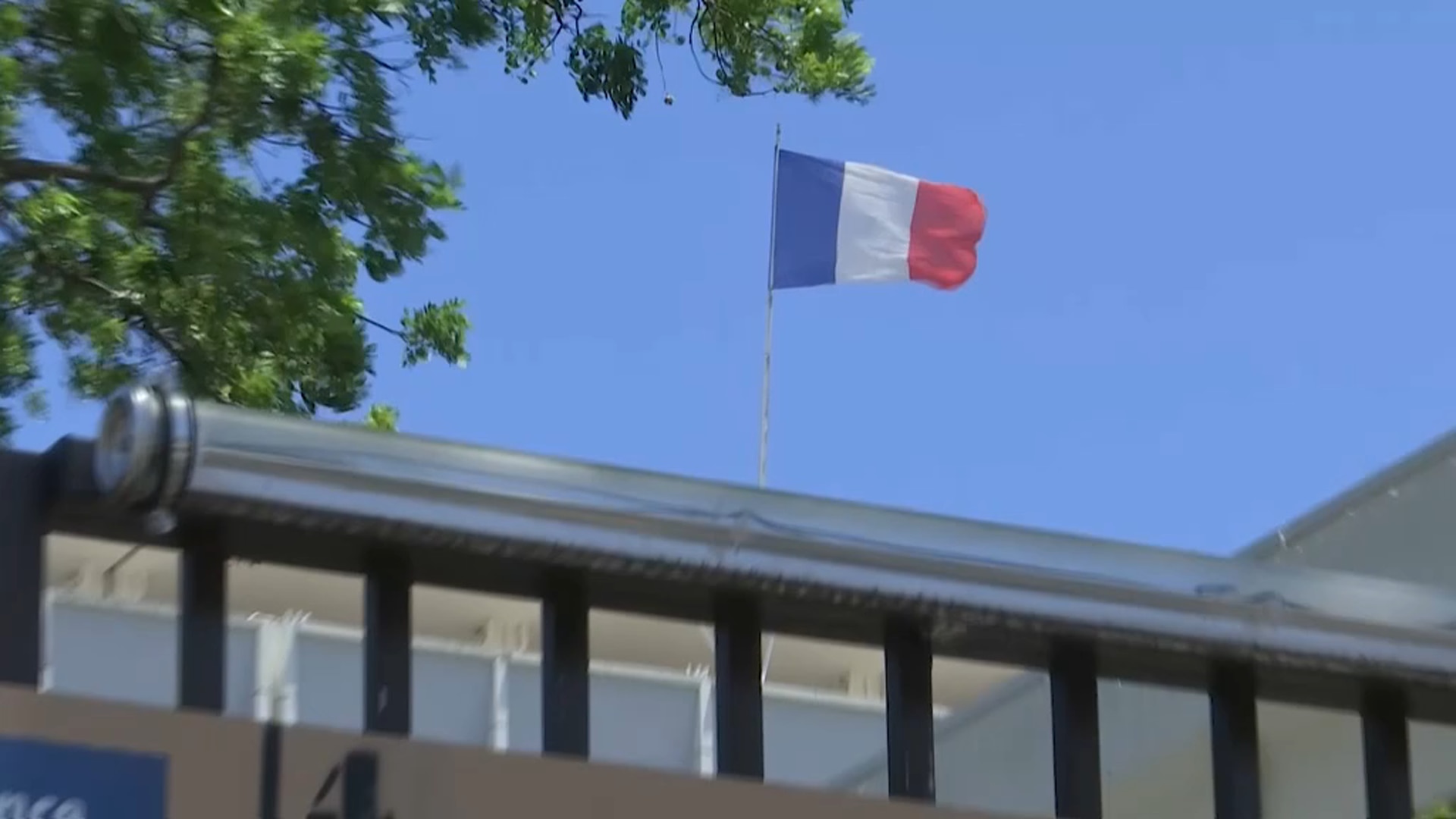 France will continue to provide the additional financial and other government supports agreed to in the Noumea Accord in 1998, designed to prepare New Caledonia and its people for the independence referendums.

Many functions of state that were transferred to Congress, giving New Caledonia greater autonomy under the Noumea Accord, will remain under its administration but France will continue to maintain control over foreign policy, defence, finances, justice and public order.