China announced it was halting flights and trains from Thursday out of Wuhan, the city of 11 million people at the centre of a deadly SARS-like virus outbreak, as the UN extended emergency talks on the disease. Here’s what we know about the virus so far.

A new SARS-like virus has killed 17 people in China, infected hundreds and reached as far as the United States, with fears mounting about its spread as hundreds of millions travel for Lunar New Year celebrations.

Many countries have stepped up screening of passengers from Wuhan, the Chinese city identified as the epicentre, which is home to 11 million people. In Australia, a flight from the city touched down in Sydney on Thursday and airport and border security officials have started the screening process of all on board.

Here's what we know so far about the virus:

The pathogen appears to be a never-before-seen strain of coronavirus - a large family of viruses that can cause diseases ranging from the common cold to Severe Acute Respiratory Syndrome (SARS), which killed 349 people in mainland China and another 299 in Hong Kong between 2002 and 2003. 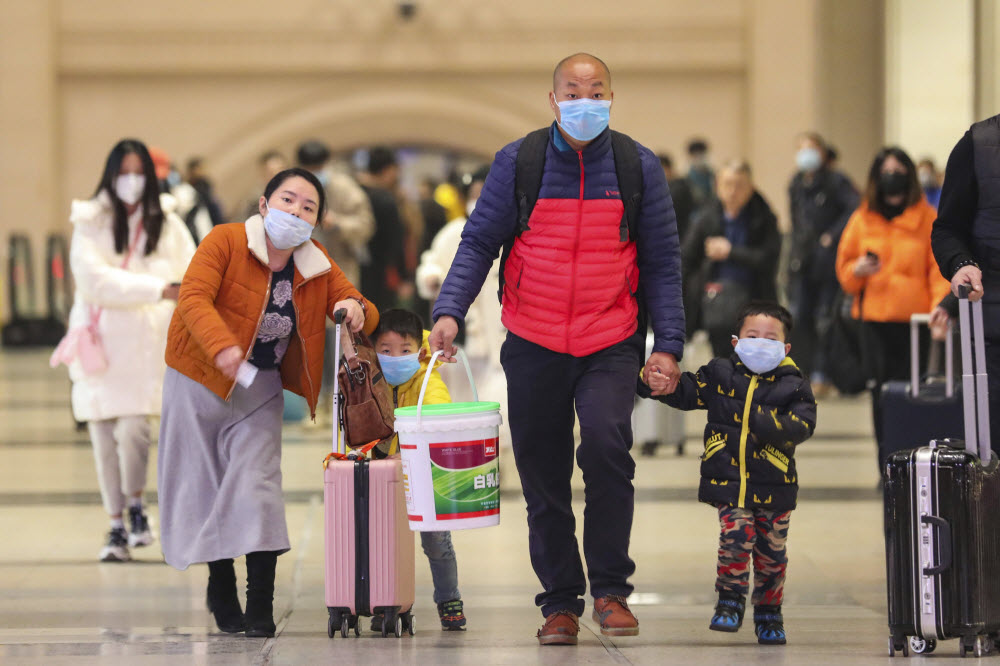 Arnaud Fontanet, head of the department of epidemiology at the Institut Pasteur in Paris, said the virus strain was 80 per cent genetically identical to SARS. 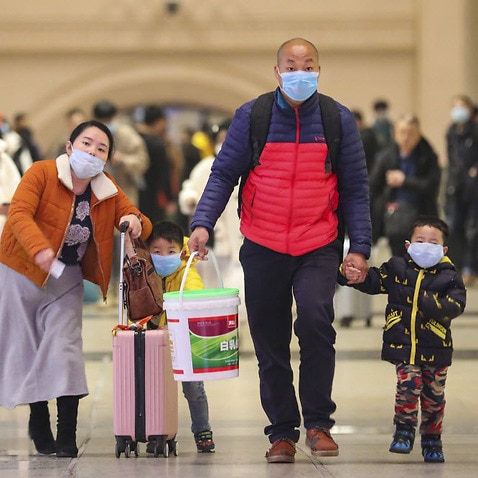 China has already shared the genome sequencing of this novel coronavirus with the international scientific community.

It's being passed between humans

The WHO said it believed an animal source was the "primary source" of the outbreak, and Wuhan authorities identified a seafood market as the centre of the epidemic.

But China has since confirmed that there was evidence the virus is now passing from person to person, without any contact with the now-closed market.

More than 500 cases of the virus have now been reported, with most in Wuhan, according to officials. Li Bin of China's National Health Commission on Wednesday said 1,394 people were still under medical observation.

Nathalie MacDermott, of King's College in London, said it seems likely that the virus is spread through droplets in the air from sneezing or coughing.

If you have travelled to Wuhan in China and aren’t feeling well, take this advice. Please call ahead to tell your doctor you have been to Wuhan so they can prepare.
For more information visit https://t.co/sToKnZ4o5l #novelcoronavirus #2019nCoV #coronavirus pic.twitter.com/sKJhxxRWZI

Doctors at the University of Hong Kong published an initial paper on Tuesday modelling the spread of the virus which estimated that there have been about 1,343 cases in Wuhan - similar to a projection of 1,700 last week by scientists at Imperial College, London.

Both are much higher than official figures.

It is milder than SARS

Compared with SARS, the symptoms appear to be less aggressive, and experts say the death toll is still relatively low.

However, Antoine Flahault, director of the Institute of Global Health at the University of Geneva, told AFP in an interview the fact that the virus seems milder in the majority of people is "paradoxically more worrying" as it allows people to travel further before their symptoms are detected. Flights and trains out of Wuhan were halted as part of the Chinese crackdown.
EPA

The outbreak comes as China prepares for the Lunar New Year holiday, with hundreds of millions travelling across the country to see family.

The WHO postponed its decision on whether to declare a global public health emergency, extending talks by a day.

Cases have so far been confirmed in Thailand, Japan, Taiwan, South Korea, Macau and the United States.

The WHO has only used the rare label a handful of times, including during the H1N1 - or swine flu - pandemic of 2009 and the Ebola epidemic that devastated parts of West Africa from 2014 to 2016.

The Chinese government announced Tuesday it was classifying the outbreak in the same category as SARS, meaning compulsory isolation for those diagnosed with the disease and the potential to implement quarantine measures on travel.

As the number of confirmed deaths and infections has risen, so has concern worldwide about the disease spreading to other countries.

Authorities halted flights and trains from Thursday at 10am out of Wuhan and told residents they should not leave without a special reason.

In Australian, health authorities confirmed they would screen people arriving at Sydney Airport on Thursday.

The flight from Wuhan touched down at Sydney Airport today sometime after 11am. 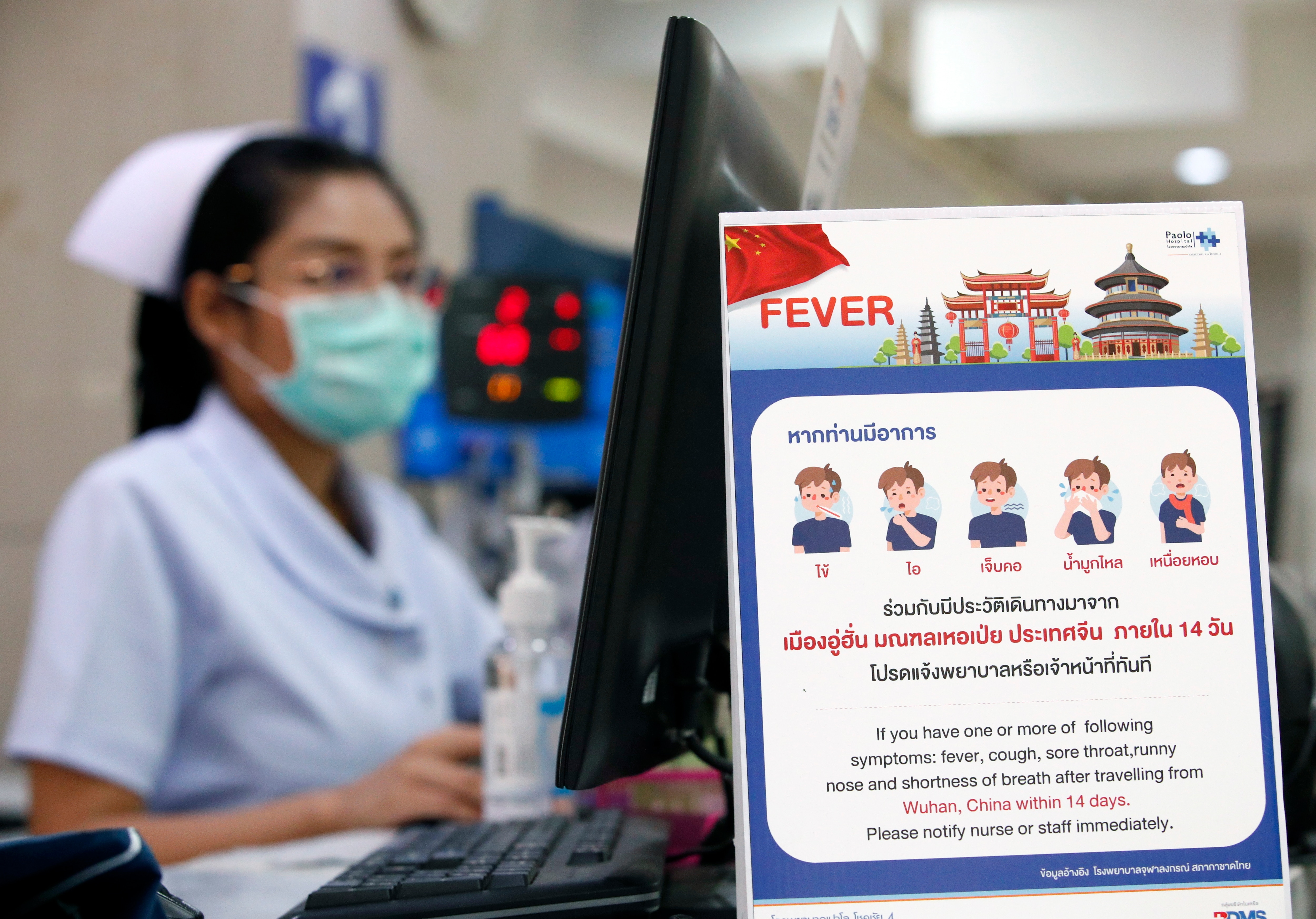 Chinese authorities have urged people to stop travelling in and out of Wuhan.

In Thailand, officials have introduced mandatory thermal scans of passengers arriving at airports in Bangkok, Chiang Mai, Phuket and Krabi from high-risk areas in China.

In Hong Kong, authorities have said they are on high alert, carrying out scans at the city's airport - one of the world's busiest - and at other international land and sea crossing points. 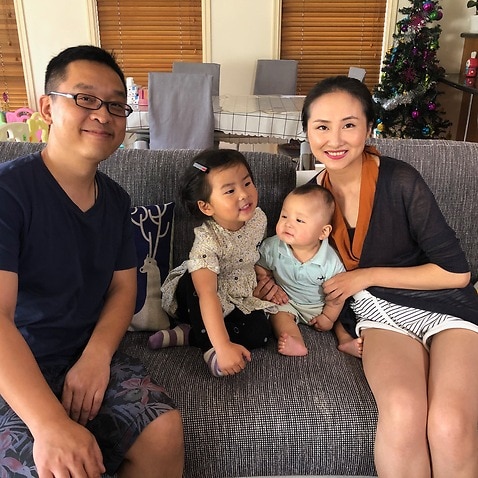 The United States had also ordered the screening of passengers arriving on direct or connecting flights from Wuhan, including at airports in New York, San Francisco and Los Angeles.

Taiwan has issued travel advisories and went to its second-highest alert level for those travelling to or from Wuhan. Vietnam also ordered more border checks on its frontier with China.

In Europe, Britain and Italy introduced enhanced monitoring of flights from Wuhan, while Romania and Russia are also strengthening checks.