Up to a million members of the Muslim minority have reportedly been detained, but the Chinese government denies any wrongdoing.

Human rights activists claim hundreds of thousands of innocent Uighurs and other ethnic minorities have been unjustly arrested and imprisoned in China.

Last week, a UN panel voiced deep concern at "numerous and credible reports" that China had turned the Xinjiang province, home to millions of Uighurs, into "something that resembles a massive internment camp." 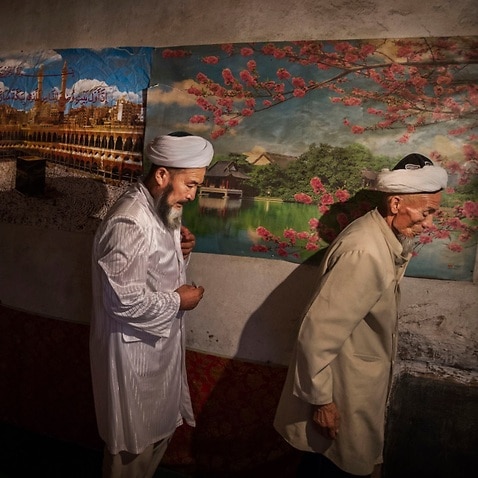 Gay McDougall, a member of the UN Committee on the Elimination of Racial Discrimination, raised the claims at a two-day UN meeting on China on Friday in Geneva.

Chinese authorities have long denied the existence of such camps despite mounting evidence from both official documents and human testimonies.

Who are the Uighurs?

Uighurs are a Muslim Turkic minority mostly based in the Xinjiang province in China's far north-west. They make up around 45 per cent of the population there. The Uighurs are one of the largest ethnic minority populations in China, with an estimated 11 million Uighurs living in Xinjiang - half the Muslim population in China.

Xinjiang was designated an official autonomous region by the Communist party in 1955, like Tibet to its south, in recognition of its distinct history and ethnic identity. Members of the Uighurs in Yopurga, Xinjiang.
EPA

What are the claims against Beijing?

According to a 2018 report by the US-backed media outlet Radio Free Asia, an estimated 45,000 Uighurs from China’s Xinjiang Uyghur Autonomous Region (XUAR) are currently being held in three main political “re-education" camps, although it is still unclear what life inside these camps is like.

"Some may be classroom-type environments others may be more akin to prison camp situations, it's still quite hard to talk about that in any detail," said Dr David Brophy, a Senior Lecturer in Modern Chinese History at the University of Sydney.

What is clear, he told SBS News, is that there has been a "policy shift" by the ruling communist party toward the Uighur population:

"Certainly there's been an intensifying crackdown, really from the 1990s onwards. It's taken on various forms, particularly coercive and invasive policies."

"Prior to that there would be more directive campaigns that would focus on groups or individuals that were thought of as engaging in separatist or Islamic extremist activities but now the net has been cast much wider than that ... hundreds of thousands of people being detained," Dr Brophy said.

"There seems to have been a change in the party's thinking about the degree of sympathy and support for these what they call the 'three evil forces': terrorism, Islamic extremism and separatism." 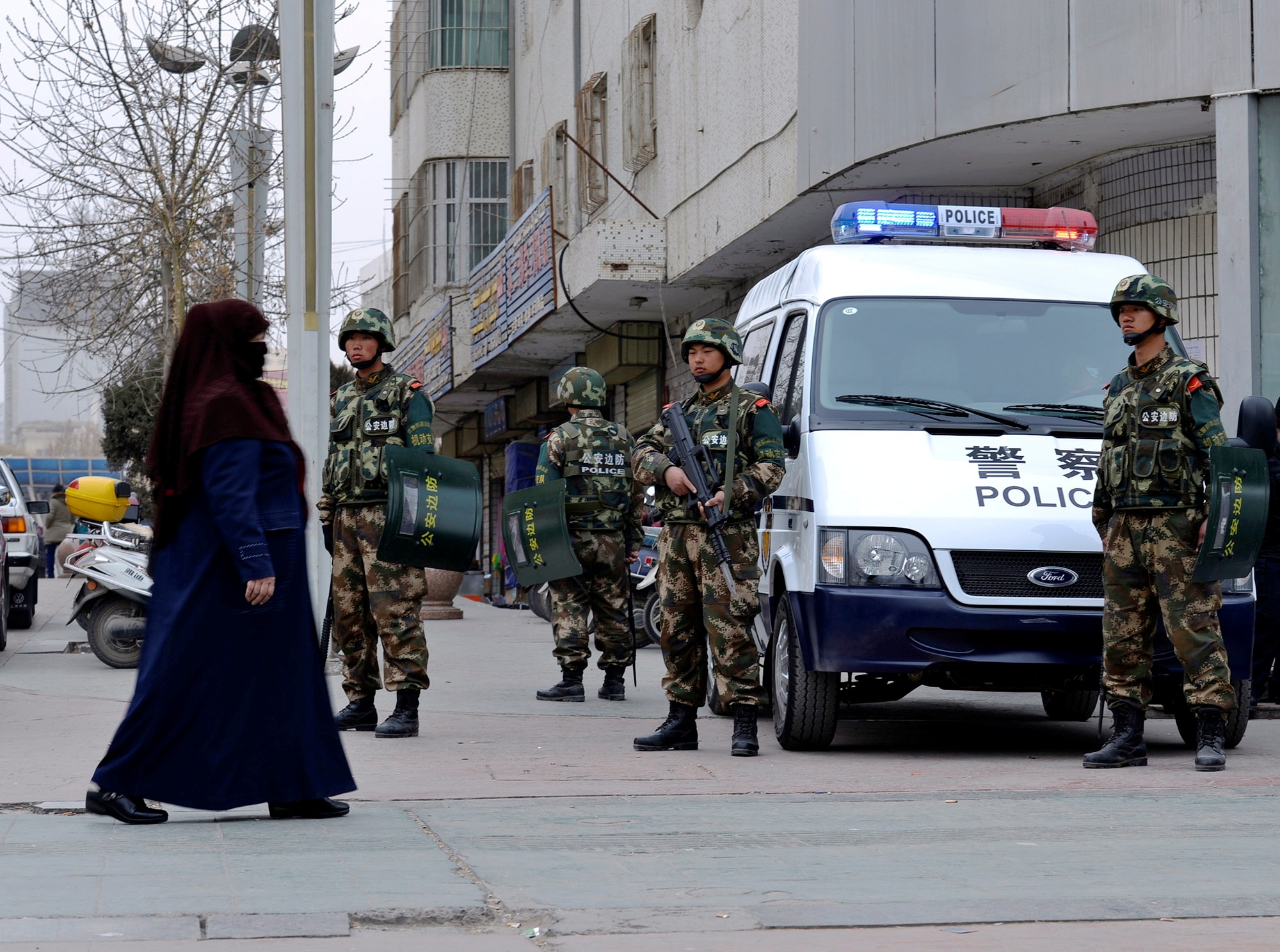 Chinese paramilitary policemen stand guard on a street in Kashgar, Xinjiang, in 2014.
Imaginechina

According to data compiled from official government sources by rights group China Human Rights Defenders (CHRD), arrests skyrocketed by more than 730 per cent last year in China's far-western Xinjiang as the government ramped up a security crackdown in the traditionally Muslim region.

Authorities in Xinjiang arrested nearly 228,000 people on criminal charges in 2017, according to the CHRD.

That's around 21 per cent of all arrests in China last year, the group said, even though the region is home to only around 1.5 per cent of China's nearly 1.4 billion population.

What has been Beijing's response?

The Chinese government has strongly denied claims of human rights abuses against the Uighur people as "completely untrue" and insists their legal, cultural and religious rights are being fully protected.

China says it is purely cracking down on Islamist and ethnic separatists and has also denied the existence of these "re-education" camps despite satellite images of the facilities and testimonies from attendees.

A Chinese official told a UN human rights committee in Geneva on Monday that tough security measures in China's far-west Xinjiang region were necessary to combat extremism and terrorism, but that they did not target any specific ethnic group or restrict religious freedoms.

"Xinjiang citizens, including the Uighurs, enjoy equal freedom and rights," Ma Youqing, the director of China's United Front Work Department, told the UN Committee on the Elimination of Racial Discrimination.

What about Australia’s Uighurs?

In Australia's 2016 Census, 1,051 people identified "Uighur" as one of their ancestries, but surveys by The East Turkistan Australian Association suggest around 4,000 Uighur Muslims now call Australia home. Dr Brophy suggests it could be up to 10,000.

The situation in China has had a direct impact on the Uighur population in Australia, many of whom have had relatives detained in these camps.

"That's causing great stress among the Uighur population here, we need to do what we can to mitigate that stress, whether it's in terms of peoples employment or their studies, that allowances can be made and support provided," Dr Brophy said.

Dr Brophy also called on the Federal government for more to be done to facilitate Uighur people making applications for asylum in Australia.

Overseas, Florida Senator Marco Rubio is one of several politicians calling for the US to sanction the officials responsible for the detention of the Uighur people.

The repression of the #Uighurs by #China is one of the greatest human rights violations of modern times. And the global silence on this, bought by Chinese money, is shameful. https://t.co/JvZmDL6l5l

The more public awareness on the issue, the better, says Dr Brophy:

"Anyone who has a channel to talk to officials in China about this should be raising it ... I think that China is to some extent conscious of its international image on these things; the more public awareness that there is that can incrementally put pressure on China."