Peter Dutton has offered to help white South African farmers at risk of violent crime and land seizures. SBS News examines who this community is.

Since then, the government has denied any plan to change the current refugee visa system, which allows anyone to apply and grants visas on the basis of need.

But some members of the government do support a special intake for South Africans, similar to the Abbott-era intervention that welcomed an extra 12,000 Syrians and Iraqis fleeing a brutal war with Islamic State in their homeland.

Large areas of present-day South Africa were colonised by both the Dutch and the British, starting in the 17th century.

Social and economic divides between white and non-white people had existed since the arrival of the Europeans but were legally codified in the mid-20th century with the apartheid system. Apartheid prescribed everything from where people could live to where they could work and who they could have a relationship with. Although the system ended in 1994, its effects are still being felt today.

Throughout the apartheid years, the land most suitable for farming was reserved for the white population. And white farm owners are still the majority today. 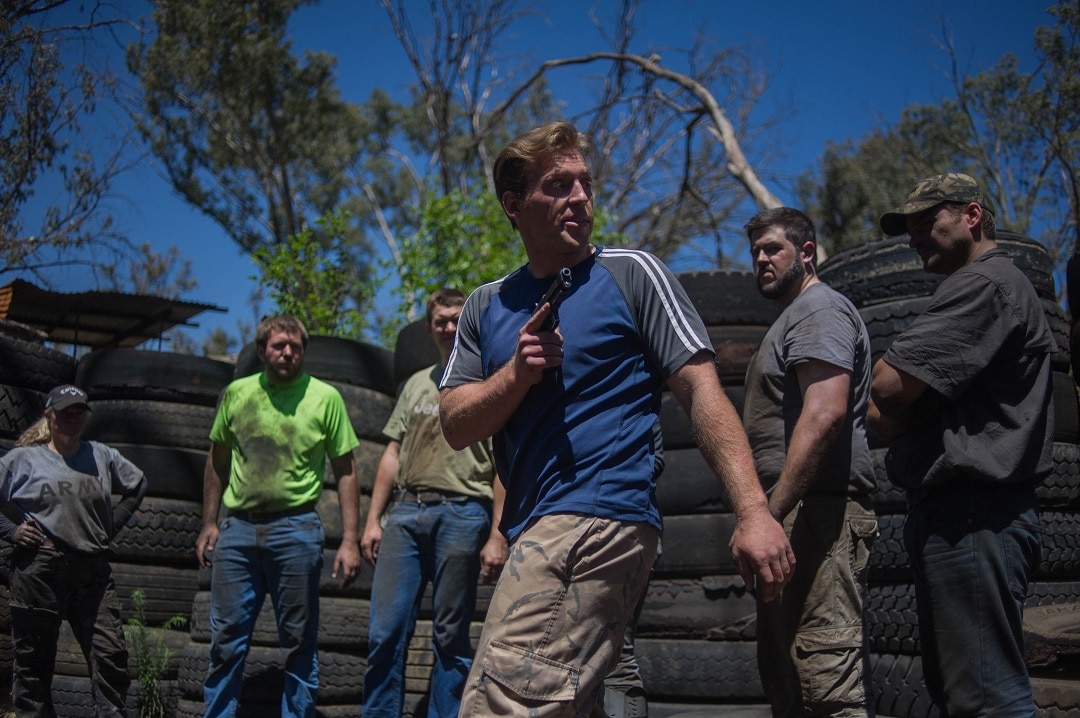 South African farmers train to use firearms to defend themselves.
Getty

Meanwhile, the economic change promised by Mr Mandela's party, the African National Congress (ANC), when apartheid ended has been even slower in the countryside than in cities.

A culture of violence

South Africa's murder rate remains one of the highest in the world, according to a 2017 survey undertaken by the Institute of Race Relations.

AfriForum, a rights group that represents white farmers, describes the occupation as one of the most dangerous jobs in the country.

It claims a white farmer is twice as likely to be murdered as a policeman, and four times as likely as a private citizen.

And some deaths are reported to have been brutal.

"Some of the murders have been accompanied by gratuitous violence and torture that can only be explained as racial hatred," ANU's Jolyon Ford said.

"There are political factors that play a role here. We are concerned about hate speech, political leaders who ... would say for example 'the white farmers should be blamed for everything'."

In 2012 then-President Jacob Zuma made headlines when he sang a struggle-era song containing the words "shoot the farmer". 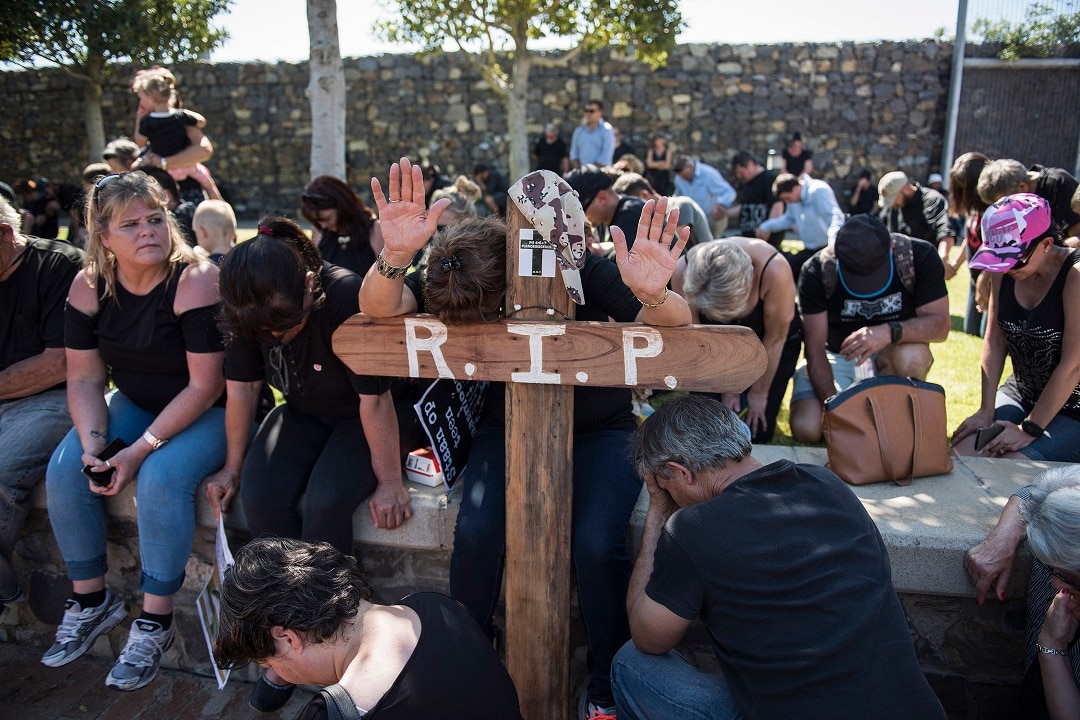 A protest against murders of white farmers in Cape Town in 2017.
Getty

Some of South Africa’s predominantly white commercial farmers have gone as far as to brand the farm killings a genocide. White South African farmer Pauli, who declined to give her surname, echoed these concerns.

"We're being hunted," she told AFP.

This has led some white farmers to become increasingly militant. Last year, some supporters flew the flag of the white, apartheid-era government during a protest against farm murders.

White farmers are also concerned about land redistribution - the ANC party is planning new laws that will allow the government to redistribute farmland without paying compensation, in an escalated push to give black South Africans more access to the land.

Help from a 'civilised country'

Mr Dutton said Australia was investigating what visas can be offered to white South African farmers who are facing violence and land seizures.

He said the farmers deserve "special attention" and need help from a "civilised country" like Australia.

"If you look at the footage and read the stories, you hear the accounts, it's a horrific circumstance they face," Mr Dutton told the Daily Telegraph. He has directed the Home Affairs department to explore whether the farmers can be accepted into Australia through refugee, humanitarian or other visas, including the in-country persecution visa category.

Should visas be granted?

He said there was an "alarming rate" of violence against white South African farmers but it was important to realise that "it's a very violent country, with a very high youth unemployment rate ... it's awash with small arms".

"[And] the overwhelming majority of victims of violent crime are poorer black people." And, he said, while race played a role in some of the attacks on white farmers, it was not always the case.

"If you're in a remote area and you're conspicuously more wealthy than those around you, then that's a criminal issue rather than a racial or political issue."

"The question is - is this a pattern of a persecution of a minority group in a multiracial society, in which case, you'd be using the Refugee Convention in an appropriate way?

"Or is it just a deeply violent society with racial overtones and high levels of crime?"

"In which case, why would [Mr Dutton] single out white South African farmers, as opposed to people in Colombia or Congo or anywhere which [has] high rates of violent crime. It's a really difficult one."