The World Health Organization's Emergency Committee has decided not to declare a spread of Ebola from the Congo to Uganda as an emergency.

A World Health Organization panel has decided not to declare an international emergency over Congo's Ebola outbreak despite its spread to Uganda this week, concluding such a declaration could cause too much economic harm.

Congo's epidemic is the second worst ever, with 2108 cases of Ebola and 1411 deaths since last August. This week it reached Uganda, where three cases were recorded, all in people who had arrived from Congo. Two of them died. In a statement, the panel of 13 independent medical experts on the WHO's Emergency Committee urged neighbouring "at risk" countries to improve their preparedness for detecting and managing imported cases, "as Uganda has done".

A Rapid Response Team is in place in Goma, #DRC and has been doing simulation exercises in preparation for a possible #Ebola outbreak. These include how to wear protective materials, and how to engage affected families. 👉 https://t.co/j3QflcZZHO pic.twitter.com/QK6d2YrGMu

"This is not a global emergency, it is an emergency in the Democratic Republic of Congo, a severe emergency and it may affect neighbouring counties," Dr. Preben Aavitsland, the panel's acting chair told a news conference at the UN agency's headquarters in Geneva. What is Ebola and why is it so deadly?

"It was the view of the Committee that there is really nothing to gain by declaring a PHEIC (Public Health Emergency of International Concern), but there is potentially a lot to lose." 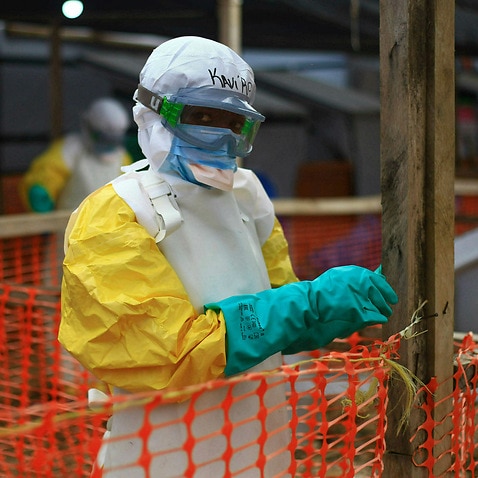 Such a declaration would risk creating restrictions on travel or trade "that could severely harm the economy in the Democratic Republic of Congo," Aavitsland said.

Ugandan authorities have now drawn up a list of 98 contacts, or contacts of contacts, potentially exposed to the Ebola virus, of whom 10 are considered "high risk", said Mike Ryan, executive director of WHO's emergencies programme. Vaccination of those contacts and health workers with a Merck experimental vaccine is to start on Saturday, he said.

Some medical groups had urged the committee to declare an emergency which would have led to boosting public health measures, funding and resources.

Only four emergencies have been declared in the past decade, including the worst ever Ebola outbreak, which hit West Africa in 2014-2016. The others were an influenza pandemic in 2009, polio in 2014 and the Zika virus in 2016.