The first openly LGBTQI+ person to seek the Democratic nomination could be on his way to the White House.

Although the final result of the Iowa caucuses is yet to be announced, some have already crowned a millennial, gay, former small-town mayor as the "unofficial winner".

Pete Buttigieg is one of a crowded field of Democrats fighting to take on Republican President Donald Trump in the November US election.

The party started its primary season – where they choose a candidate – this week in the Midwestern state of Iowa. While Monday's caucuses were marred with technical difficulties, one day after voting Mr Buttigieg has the narrowest of leads over rival Bernie Sanders.

But whatever the result is, he has exceeded expectations and is now a genuine contender for the White House.

Mr Buttigieg is far from a conventional candidate for the world's most powerful job.

When the 38-year-old announced he was seeking the Democratic nomination a year ago, very few people inside or outside the beltway had heard of him.

"A lot of people were dismissive of the potential of a small-town mayor being able to perform," Elliott Brennan, a research associate at the University of Sydney's US Studies Centre told SBS News. 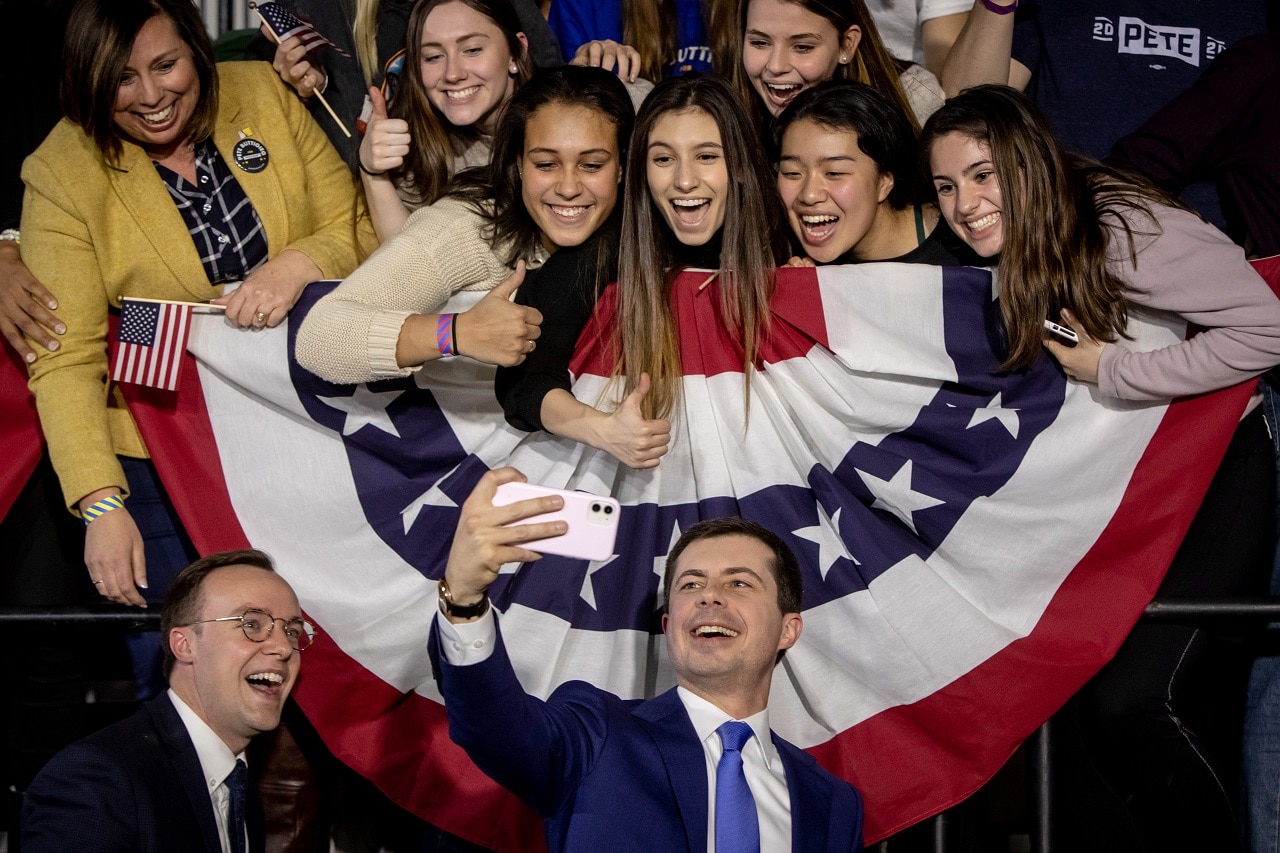 The son of a Maltese-American father and fifth-generation American mother, he was born and bred in South Bend, Indiana, a small city that would play a major role in life.

Mr Buttigieg went to Harvard College and received a Rhodes Scholarship for Oxford University, before working as a consultant at the McKinsey and Company management consulting firm.

He then returned to his home town of South Bend and became its mayor in 2012, a post he held until this year. 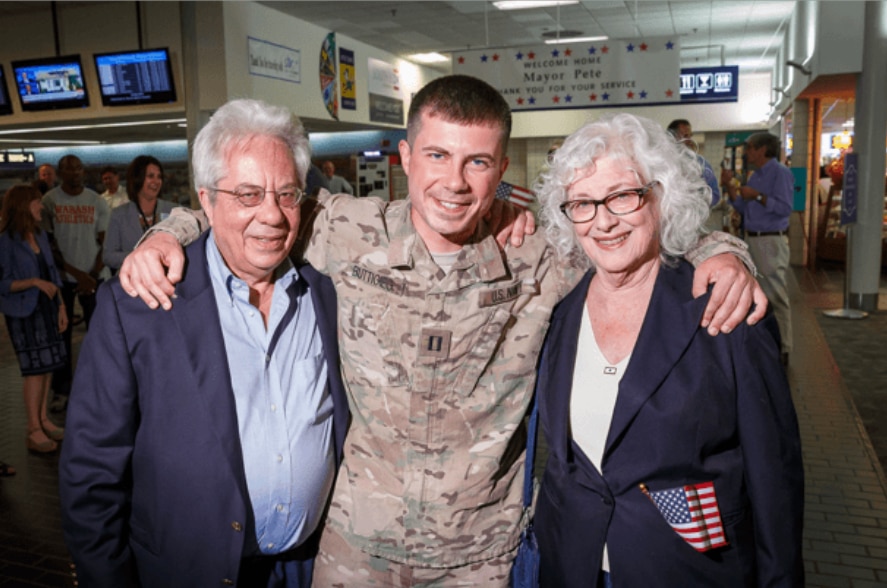 Pete Buttigieg was deployed to Afghanistan.
Pete for America

Over this time he served in the US Navy Reserve and in 2014 paused his mayoral duties to deploy to Afghanistan, where he was awarded the Joint Service Commendation Medal.

"He talks a lot about his service and how proud of it he is," Mr Brennan said.

And in a 2015 piece in the South Bend Tribune, he publicly came out as gay.

"It's clear to me that at a moment like this, being more open about it could do some good," he wrote.

"For a local student struggling with her sexuality, it might be helpful for an openly gay mayor to send the message that her community will always have a place for her.

"And for a conservative resident from a different generation, whose unease with social change is partly rooted in the impression that he doesn't know anyone gay, perhaps a familiar face can be a reminder that we're all in this together as a community."

In 2018, he married his partner Chasten Glezman, a high school teacher.

But "Mayor Pete's" CV is not as squeaky clean as it may appear.

"There are some areas of his resume that have attracted criticism, this includes his time as a consultant for McKinsey," Mr Brennan said.

"He had some pretty large clients there, clients that rub against the ethos of some of the directions the Democratic Party is moving … [There's a] lack of transparency about what he was doing there." And last year in South Bend, the shooting of a black man by a white police officer saw racial tensions spike, with some in the African-American community criticising his response and his mayorship more broadly.

"Pete has a black problem ... I don't know of one black person out of Indiana that supports him," Marcia Fudge, the former chair of the Congressional Black Caucus, said at the time.

For the first time in several election cycles, there has been no clear favourite or favourites for the 2020 Democratic primaries.

Yet despite the wealth of experience and high name recognition among candidates, Mr Buttigieg has carved out a strong following, framing himself as a fresh-faced moderate.

This president won't see it coming either. pic.twitter.com/LeBcaa7w3Q

"The really key early moment for the Buttigieg campaign was in about March last year when Pete started to do a series of interviews with Fox News," Mr Brennan said.

"He was the first Democrat really willing to show his face on the Trump-heavy network and it came as a genuine surprise when a young, gay Democrat with a difficult surname actually had a lot of cut-through with the network's conservative audience."

In the months that followed, he built up his ground game and bet big on the first two primaries of Iowa and New Hampshire.

After a tech meltdown in the Iowa caucuses, only 71 per cent of the vote has been released.

Mr Buttigieg is at about 26 per cent, narrowly leading Mr Sanders at 25 per cent.

But Mr Brennan said, "what Mayor Pete has certainly achieved is the surprise result of the Iowa caucuses. And that can be worth a lot more than a victory itself".

"It's a remarkable result and not one that many people were pointing to."

It's a remarkable result

But Mr Brennan said Mayor Pete has a "troublesome path ahead".

The next state to vote is New Hampshire, where he is polling well, but after that comes South Carolina and Nevada.

Both of these are ethnically-diverse states, with Mr Buttigieg polling poorly with both African-American and Hispanic communities. 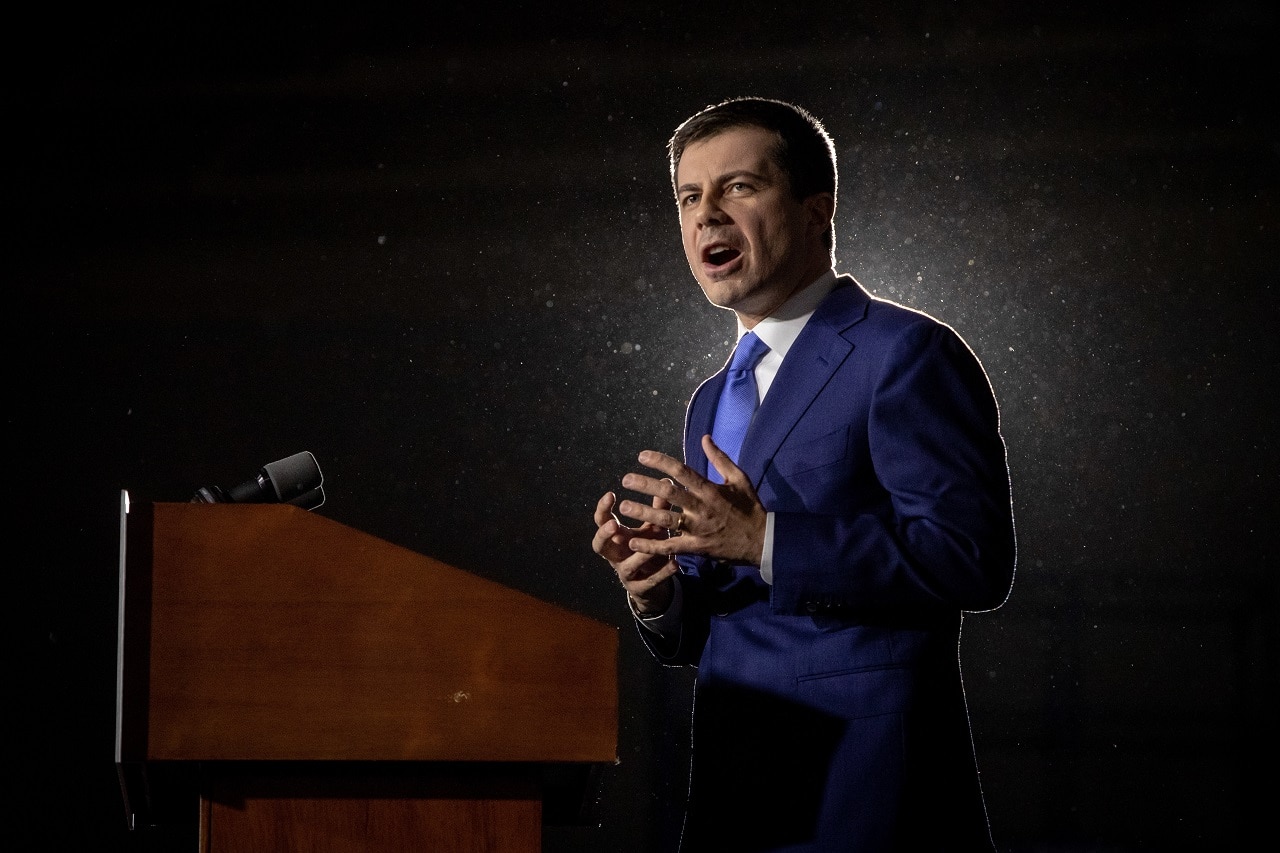 Mr Brennan said "some polls have him performing at zero per cent with the African-American community".

"So there's a long way to go and many obstacles that stand in his way," he said.

But for now, the candidate is focusing on riding the Iowa wave.

"Every time that my party has earned the White House in the last 50 years, it has been with a candidate who was new to national politics, focused on the future, not caught up in the ways of Washington, and opening the door to a new generation of leadership," he told a rally.