The WHO says a new analysis suggests the number of coronavirus infections appears to be declining in China.

Health officials in China have published the first details on nearly 45,000 cases of the coronavirus disease that originated there, saying more than 80 per cent have been mild and new ones seem to be falling since early this month.

Monday's report from the Chinese Center for Disease Control and Prevention gives the World Health Organisation a "clearer picture of the outbreak, how it's developing and where it's headed", WHO's director-general said at a news conference.

"It's too early to tell if this reported decline will continue. Every scenario is still on the table," Tedros Adhanom Ghebreyesus said.

In the past 24 hours #China has reported 2051 new #COVID19 cases, which includes both clinically- & lab-confirmed cases. As more data comes in from 🇨🇳, we’re starting to get a clearer picture of the outbreak, how it’s developing & where it could be headed.https://t.co/mdybD1H5bv

The death toll from China's coronavirus epidemic jumped to 1,868 on Tuesday after 98 more people died, according to the National Health Commission.

Nearly 72,500 people nationwide have been infected by the new COVID-19 strain of the virus, which first emerged in December before spiralling into a nationwide epidemic.

There were 1,886 new cases reported Tuesday - a decline on Monday's figure, and the lowest single-day figure of new cases so far this month.

Most of the deaths were in Hubei province, the hard-hit epicentre of the outbreak, with five reported elsewhere in the country. 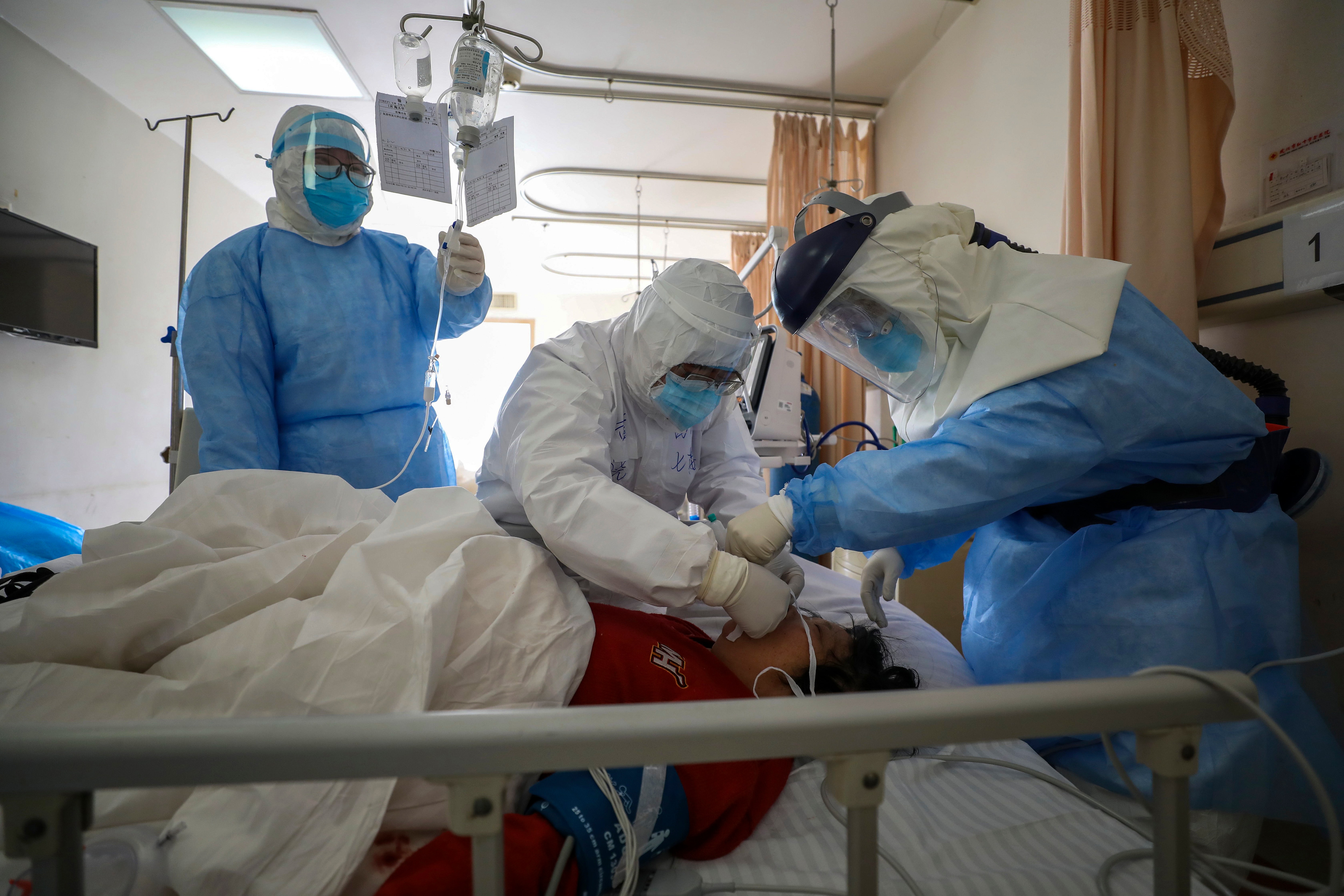 A coronavirus patient is getting treatment at a hospital in Wuhan in central China's Hubei province.
AAP

China says about 72,000 people have been infected and more than 1860 have died in mainland China, but numbers are rubbery because the country is counting many cases based on symptoms rather than the methods WHO uses.

The new study reports on 44,672 cases confirmed in China as of February 11.

The virus caused severe disease such as pneumonia in 14 per cent of them and critical illness in 5 per cent.

That's lower than for SARS and MERS, two similar viruses, but COVID-19 ultimately could prove more deadly if it spreads to far more people than the others did. 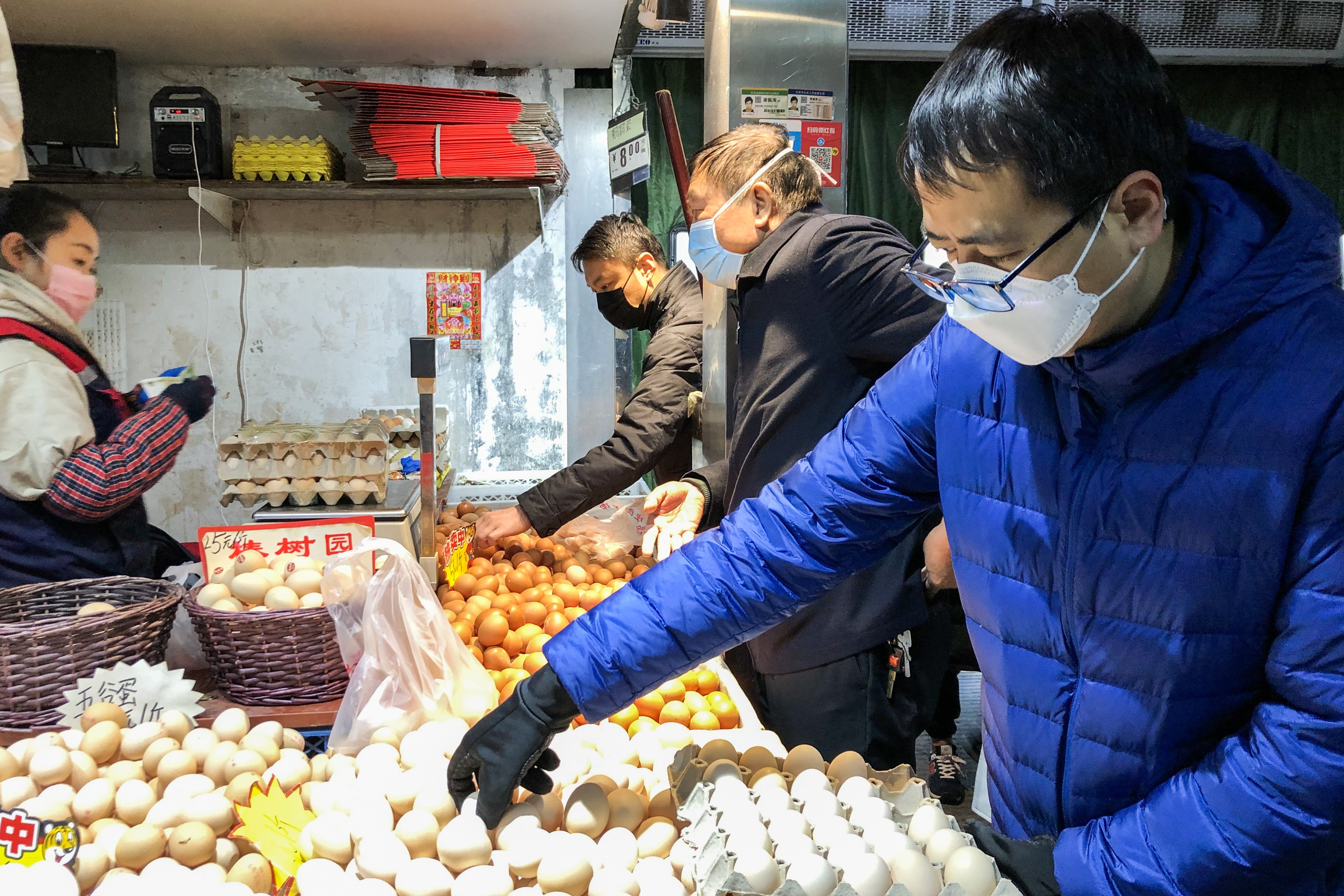 Ordinary flu has a fatality rate of 0.1 per cent, yet kills hundreds of thousands because it infects millions each year.

The COVID-19 cases include relatively few children, and the risk of death rises with age.

Cases seem to have been declining since February 1, but that could change as people return to work and school after the Chinese holidays, the report warns. 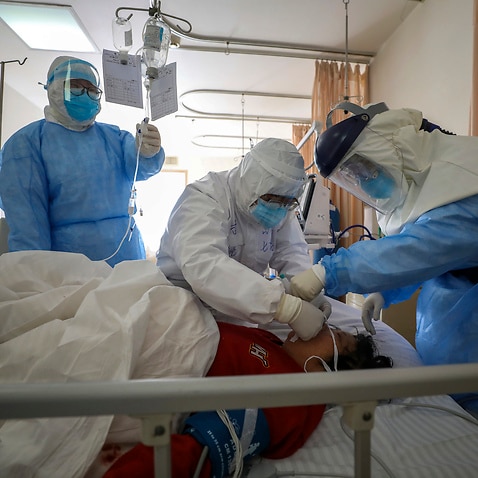 Chinese health officials have urged patients who recovered from the coronavirus to donate blood so that plasma can be extracted to treat others who are critically ill.

Plasma from patients who have recovered from a spell of pneumonia triggered by COVID-19 contains antibodies that can help reduce the virus load in critically ill patients, an official from the National Health Commission told a press briefing Monday.

More than 12,000 people have recovered and been discharged, according to health commission figures.

-From today @WHO will be reporting all confirmed cases: laboratory & clinically diagnosed Outside mainland China, there have been about 900 infections reported in nearly 30 locations. Taiwan, the Philippines, Hong Kong and Japan have each reported one fatality, while France on Saturday announced the first death outside Asia, an elderly Chinese tourist.

Here are the areas where COVID-19, the virus's official designation, has been confirmed:

As of Monday, 70,548 people had been infected across China, the majority in and around Wuhan, the capital of Hubei province, where the outbreak was first reported.

Most of the 1,770 who have died in mainland China were in that region, but officials have confirmed multiple deaths elsewhere, including the capital Beijing.

The fatalities include a US citizen.

Cruise ship Diamond Princess, quarantined off Japan: 454, plus a quarantine officer. (Some American citizens were flown to the United States, where they are to undergo a further 14-day quarantine.)

Japan: 60, including death of one infected woman

Hong Kong: 58, including one death

Taiwan: 20, including one death

Philippines: 3, including one death

France: 12, including one death