The Aged Care Royal Commission is investigating the number of young people under the age of 65 who are trapped and largely "unseen" in aged care facilities.

When Sam Petersen was in her late twenties she had a medical procedure that would change her life.

Speaking to SBS News with the assistance of a speech-generating device, the now 34-year-old went from living independently to being placed in a nursing home.

“I had dystonia and I had an operation to alleviate it,” Ms Petersen told SBS News.

“But I had a stroke during the operation and I was [left] a lot more disabled because of it.

“I could not go home on the little funding the government had given me.” 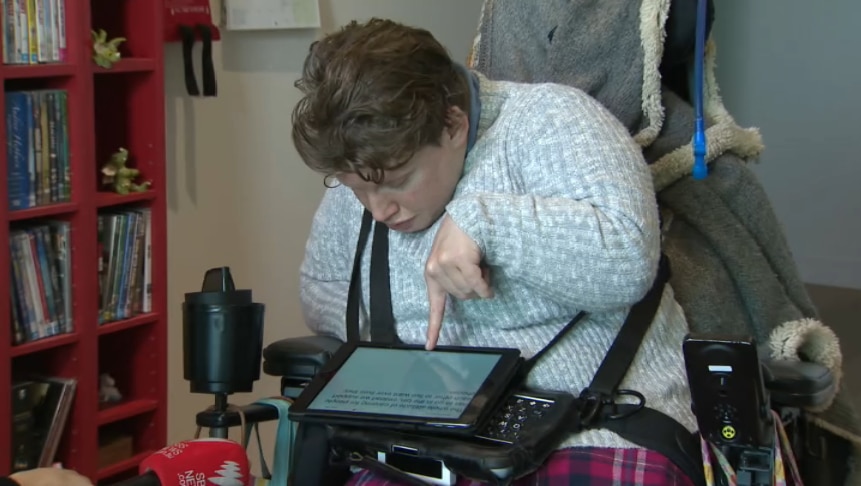 After spending five months in hospital, Ms Petersen lived in an aged care facility for almost two years, unable to return to her independent lifestyle.

She had one word to describe her experience: “Infantilising.”

“It [aged care] isn’t appropriate for anyone; we are young, vibrant people and we aren’t ready to be still.”

Ms Peterson has since moved into an apartment specially designed to support her needs and an independent lifestyle, but many are still waiting.

According to the Senior Counsel assisting the Commission, Peter Rozen QC, the Aged Care Royal Commission was an opportunity to “cast a light on the 6000 younger Australians who are accessing residential aged care services.”

“This is a group of largely unseen and lost Australians, they are hidden, they deserve better.”

Describing the aged care sector as a “band-aid for the failings of other systems” Mr Rozen told the Commission, on average 42 younger Australians enter aged care per week.

“Residential aged care facilities are unable to provide the support required by younger people, many of whom have profound disabilities,” Mr Rozen said. This was experienced by 43-year-old Lisa Corcoran who has been in a residential aged care facility for the last six years.

“I was sexually assaulted, I have been punched, and I was pinched by staff,” Ms Corcoran said with the assistance of a speech pathologist while giving evidence at the Royal Commission hearing on Monday.

Ms Corcoran is wheel-chair bound and at one stage, only received assistance to shower once a week.

“My number one goal is to get the f*** out of this nursing home,” Ms Corcoran said.

“My number two goal is to hug my children.

“I still don’t like it [at the aged-care facility] but I have company now, before that I would just sit in my room and I couldn’t even twiddle my thumbs."

Established in 2006, the Summer Foundation’s aim is to resolve the issue of young people living in nursing homes.

CEO at the Summer Foundation, Luke Bo’sher said the Aged Care Royal Commission is a “once in a generation opportunity to solve this issue.” “It’s not where they [young people living with disabilities] want to be,” Mr Bo’sher told SBS News.

“It ends up with people having terrible mental health, terrible physical health.

“Living in the community would give people much better options [and] the hearings today have highlighted that experience for people and how inappropriate aged care is for people under 65.”

For Ms Petersen, she hopes her submission to the Commission will prompt equality.

“The whole attitude of caring for people has to go in the bin,” she told SBS News.

“Instead we [should] support each other to live whatever lives we choose.

“[I want] all young people with a disability to really be given and always have the option to get out and never be put in nursing homes.”