Plastic bags are one per cent of Australia’s litter problem so what are the effects of banning the bag?

Australia’s major supermarkets have taken steps to "ban the bag", with most Australian states and territories following suit.

NSW is the only state that hasn't pledged to introduce a ban or tax on single-use plastic bags.

"[Coles, Woolworths and Harris Farm] produce about 80 per cent of the plastic bags in NSW, so in essence they themselves would ban the plastic bag," she told Fairfax.

READ MORE: The strictest plastic bag bans around the world

Since then, environmental groups Boomerang Alliance, Greenpeace and Planet Ark have joined the calls of The Greens and thousands of community members to pressure on NSW into introduce a state-wide ban on single-use plastic bags.

But not everyone feels Australia is ready to ban the bag. Deakin University's Dr Trevor Thornton believes more evidence is needed.

Dr Thornton is an expert in hazardous materials management. He admits plastic bag bans can be effective, but warns there could be significant consequences if they are rushed through.

He pointed to Australia’s 2016-17 National Litter Index which found that plastic bags comprised just one per cent of Australia's total litter count.

The report found cigarettes, beverage containers and takeaway food packages made up 66 per cent of Australia’s overall litter problem.

In 2016-17, people dumped 26,548 cigarette butts and packages in Australia, compared to 476 plastic bags. Takeaway food containers made up 10,828 of the total. The numbers were similar the year prior. 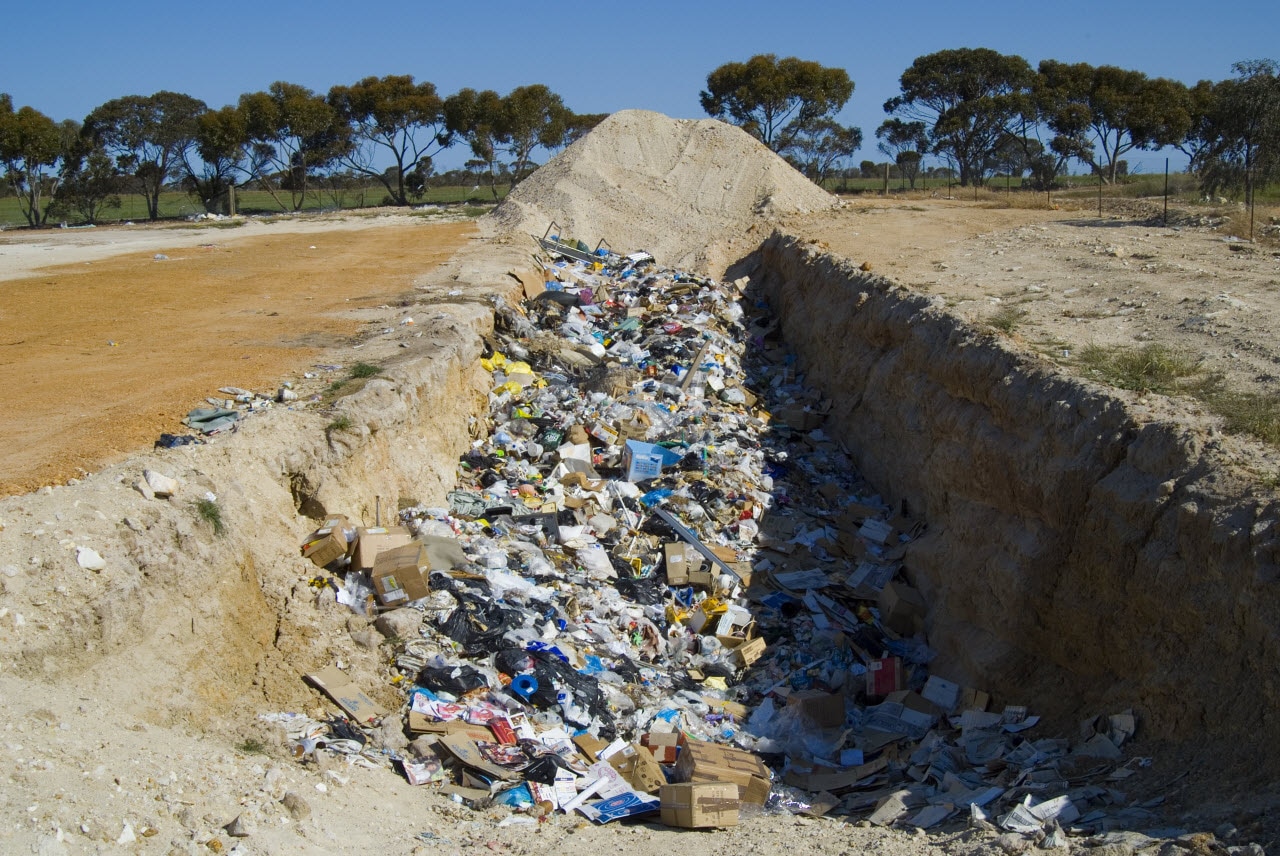 Plastic bags made up one per cent of Australia's litter problem in 2016-16. Cigarette butts, takeaway containers and beverage containers were much higher.
Getty

Dr Thornton says this evidence shows that banning the bag probably won’t have much of an impact on Australia’s litter problem.

"Most shopping bags are used more than once as a bin liner, for dog droppings or other purposes. I think we’ve got to understand why we are actually banning them and make sure it’s in good science," he told SBS News.

"Most people take their shopping bags home and worse-case scenario they put it straight into the bin. It’s the plastic take away containers that end up in the litter stream."

Countries such as Kenya and Bangladesh have banned the bag for environmental and health reasons. In Kenya, part of the reason was to combat the malaria problem as mosquitos were using bags as breeding grounds. In Bangladesh, dumped bags clogged drains and caused major flooding.

Dr Thornton is not against banning the bag in Australia, but he wants more research on the issue first. He believes Australian governments should be doing more to test the potential consequences and flow-on effects of an outright ban, and be able to support their case with science.

"Cigarette butts (litter numbers) are high because people can no longer smoke inside, so they’re littering," he said.

"Are the alternatives (for plastic bags) strong enough and will they last long enough? There’s a lot of research that hasn’t been done as to what is the better alternative."

Dr Thornton says composite packaging on supermarket produce and heavy plastic packaging (such as kitchenware and hardware) were a bigger environmental problem that supermarkets could look to solve.

"Everything I have read, no one has pinned (the problem) on plastic shopping bags … it’s on plastic." All states and territories across Australia have pledged to eliminate single-use plastic bags except NSW.
SBS News

A 2012 review into the Plastic Shopping Bags Act 2008 in South Australia found the ban on single-use plastic bags did result in a significant increase in bin liner sales.

"This change in behaviour will have an environmental impact and may negate the success of the ban," the report found, suggesting initiatives should be examined in how to change bin liner behaviour. 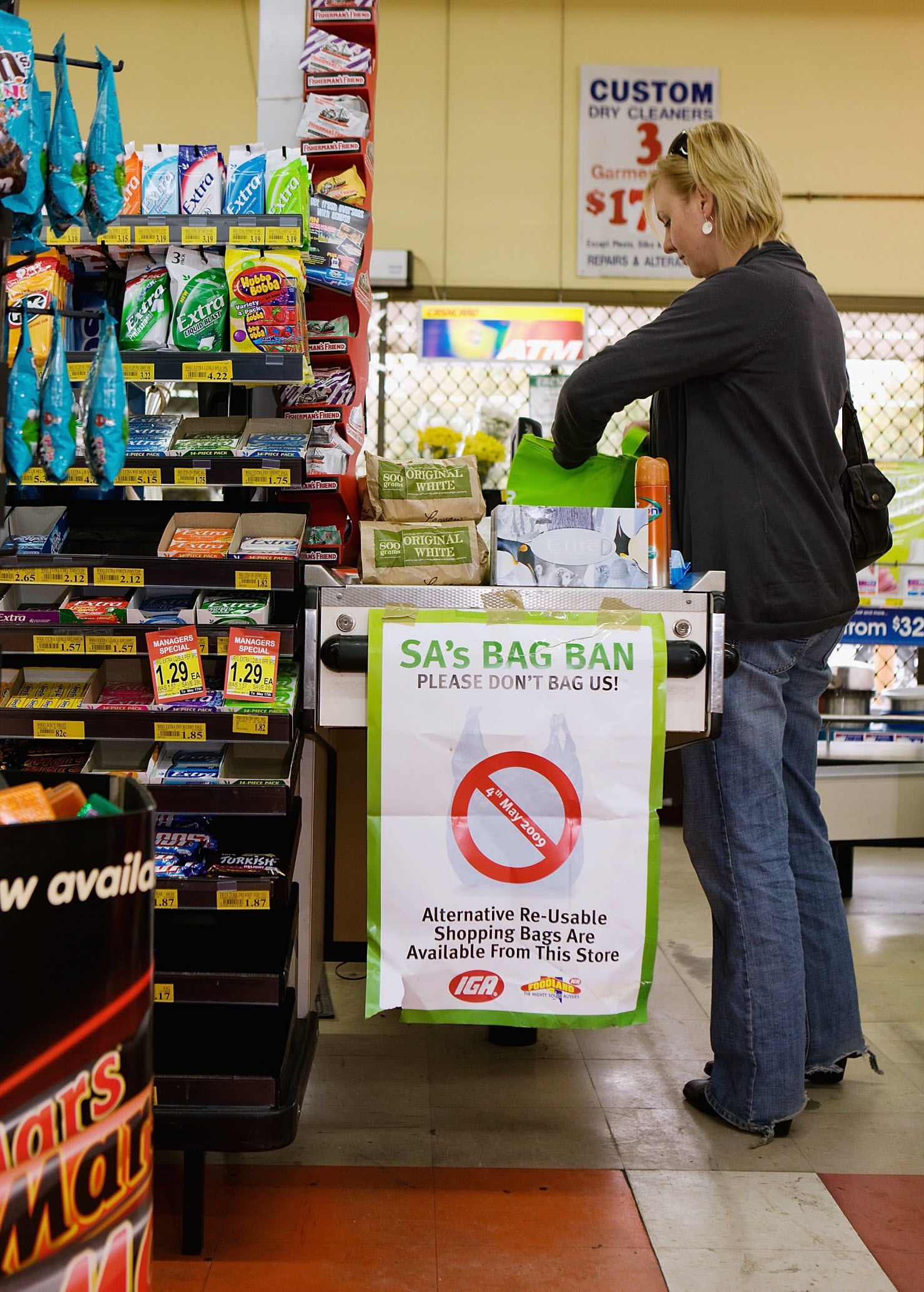 A plastic bag ban sign is seen at the Thebarton Foodland on May 4, 2009 in Adelaide, Australia.
Getty

When Ireland introduced a single-use bag tax in 2002, a 77 per cent increase in bin liner sales was reported, according to The Waste and Resources Action Programme WRAP report, who was looking at similar effects on a bag tax on Wales.

Dr Thornton said there was a reason to be concerned about a rise in bin liner use in response to a ban.

"Most bin liners have perfume chemicals on them whereas the plastic shopping bags do not.  They’re often dyed colours and made from heavier plastics. It doesn’t matter what plastic you put into landfill it’s not going to break down much," he said. The 'Gladys Wrap' appeared at Sydney's Sculptures By The Sea event in 2017. It was not a submitted entry and was eventually asked to be removed.
Maggie Koussa, Greenpeace

A Change.org petition calling for a NSW ban on single-use plastic bags has also received the support of more than 18,000 people.

Greenpeace activists have also been fighting to get single-use plastics banned in the state. Last year the movement hijacked the Bondi Sculptures By The Sea event with their own ‘Gladys Wrap’ sculpture, calling on the premier to take action on plastics.

Maggie Koussa was one of the protesters. She praised NSW councils - such as Wollongong, Woollahra, Northern Beaches and Port Macquarie - which have introduced plastic-free initiatives. 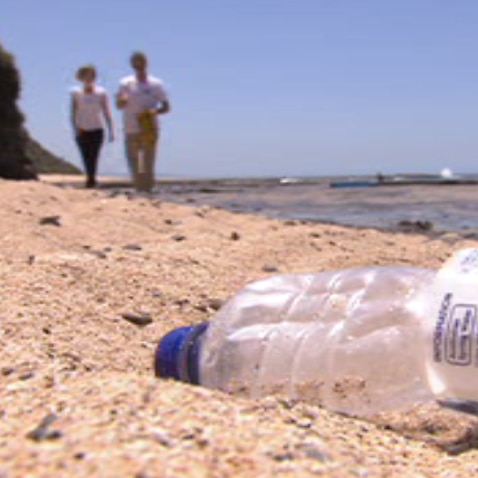 While she agreed with NSW's premier that the supermarket changes would dramatically help in reducing plastic bag use in consumers, she felt a statewide ban was necessary to influence habit change in smaller businesses – particularly takeaway shops.

"We want a uniform ban around Australia. That includes biodegradable, single-use plastics and we find it essential," Ms Koussa said.

"I think we as a community need to make sure that the government still knows were here, we’re still going to ask for a ban on bags even though the supermarkets have done it.

"With elections coming up next year we have to make sure it’s part of the conversation." 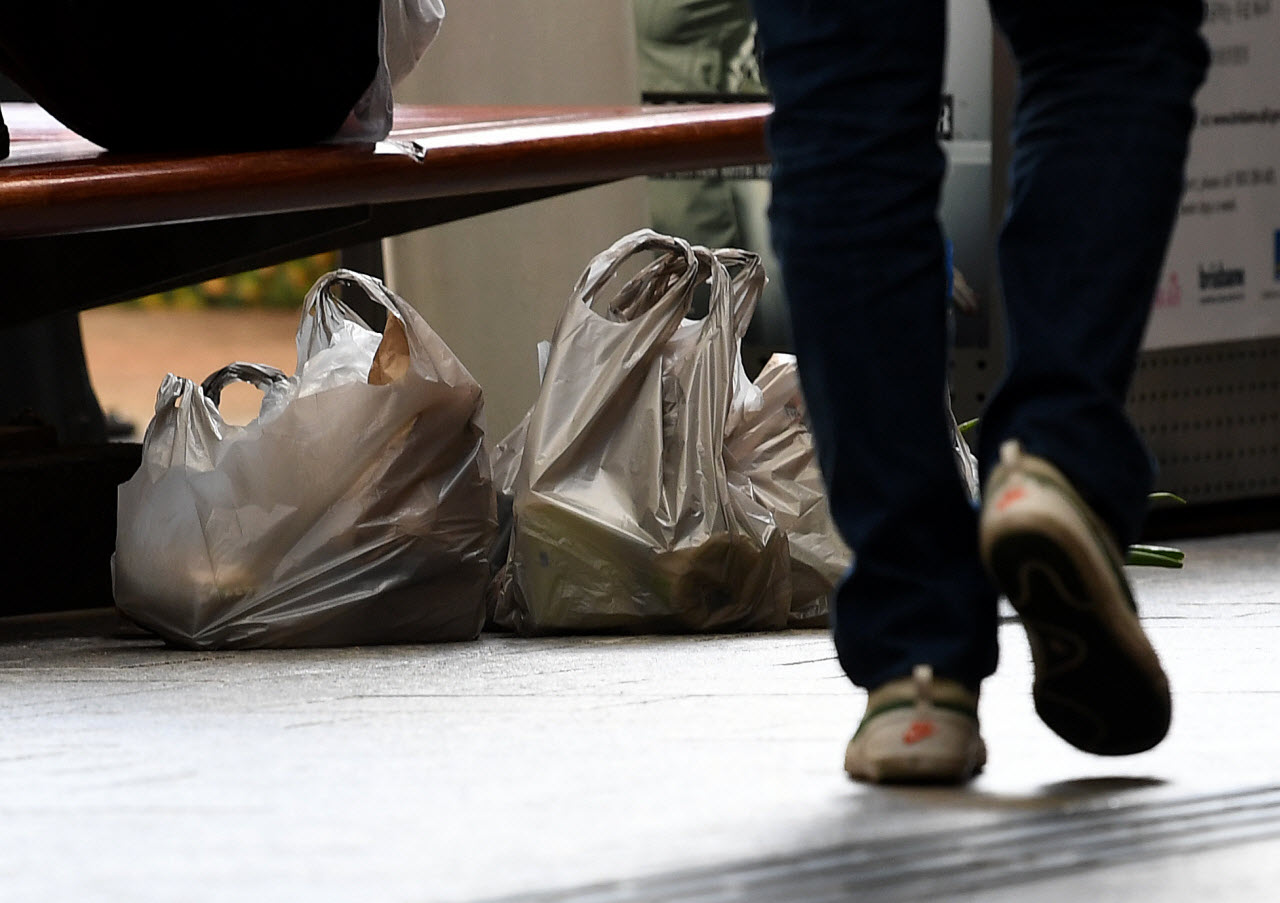 Major supermarket chains Coles and Woolworths have both announced that single-use plastic bags will be eliminated from stores.
AAP

Ms Koussa also agreed with the NSW Environment Protection Authority (EPA) and Dr Thornton that single-use plastic bags were only a small part of Australia’s waste problem. She felt a wider ban including takeaway containers, plastic cups and cutlery was necessary to instigate change for the environment.

The EPA said they welcomed the proactive steps by large retailers to phase out single-use plastic bags.

When asked why NSW was yet to ban the bag, an EPA spokeswoman said their focus was on programs which resulted in litter reduction such as the Hey Tosser! Cigarette butt campaign and the container deposit scheme.

She said over 200 million containers have been returned across NSW since the scheme started in December 2017.

Planet Ark spokeswoman Sarah Thompson said consumer demand for ‘bag-free’ is a force when it comes to creating change.

"Consumers are becoming more environmentally aware, showing you care about the environment is a badge of honour… it’s something people want to show they care about."

She also felt a blanket ban on plastics would do more to help the environment than only focusing on single-use bags. 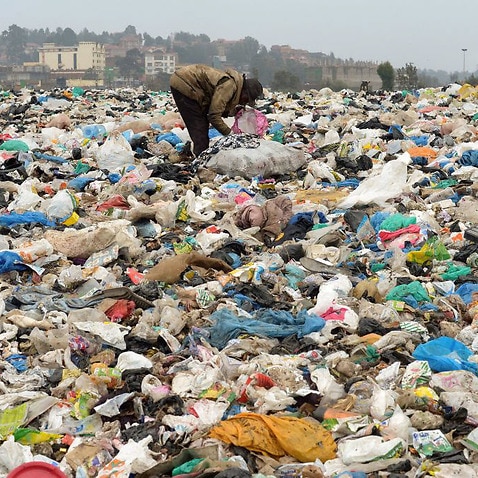 "Plastic bags are just one thing, straws are a huge concern for the environment as they can cause a lot of damage to marine life," she said.

"Australia needs to step up and join the other countries that are already doing it."

Despite this Dr Thornton held the view that NSW might be better to watch and wait on the bag issue before joining the rest of Australia in the pledge.

"It’s probably a good idea to wait and see. By not having the overall ban (the government) can come up with the figures and data to make a much more informed decision," he said.

"Let’s do a trial, let’s get some data and see how residents and tourists react. Once we’ve got that then let’s see what the best way of approaching it is.

"When it comes to environment we’re very emotional. We’ve got to take the emotion out of the decision making and we’ve got to base it on good science."