The government wants to stop refugees who came by boat to Australia and have been resettled in another country from ever returning to Australia.

An Iranian refugee who now lives in Canada after spending nearly five years on Manus Island has spoken out against legislation that would ban him from ever visiting Australia.

The Coalition government has re-introduced legislation to close what it says is a “back door” to Australia for people who arrived by boat after July 2013 and were settled in a third country.

After languishing on Manus Island for five years, Amir Taghinia was resettled in Canada in late 2017 where he works at a ski resort, which he says employs many Australians during the southern hemisphere’s summer. Amir Taghinia with the Taylor family in Canada who helped him resettle in Canada.
Supplied

Mr Taghinia told a Senate hearing in Canberra on Thursday that he would like to visit his work friends and supporters in Australia.

“I do not see any reason for me not to be able to go to Australia and spend some time in Australia when it’s summer here and its winter there and see the people who have supported me over five years in the detention centre to survive and the people I work with,” Mr Taghinia said.

Giving evidence via Skype from his home in Vancouver, he described the proposed ban as discriminatory.

“I am not a criminal. If this policy was enacted it would punish people who have already been punished.” The lifetime ban on entering Australia would apply to anyone who arrived by boat as an adult to seek asylum after July 2013 when the government changed its policy to prevent them from being resettled in Australia.

More than 3,000 people have arrived by boat and been sent to offshore detention centres since then, according to Home Affairs operational data.

About 500 people have been resettled in the United States under a deal struck between former Prime Minister Malcolm Turnbull and former US President Barack Obama in 2016. Nearly 1,000 have been returned to their country of origin and a handful have been resettled in other countries including Cambodia and Canada.

About 900 remain on Manus Island and Nauru while about 950 are in Australia for medical treatment.

In its submission to the Senate inquiry, the Home Affairs Department argues the legislation is necessary to discourage people from undertaking hazardous boat journeys.

“The bill was developed in response to concerns that this ‘back-door’ to Australia could be marketed by people smugglers to encourage people to get on boats to Australia.”

Refugee advocates warned the proposed lifetime ban on entering Australia for some refugees would lead to family separation.

The Law Council of Australia’s Georgina Costello said the punitive approach was disproportionate to the risk of restarting people-smuggling trade.

“This bill uses a hammer to crack a walnut," she said. 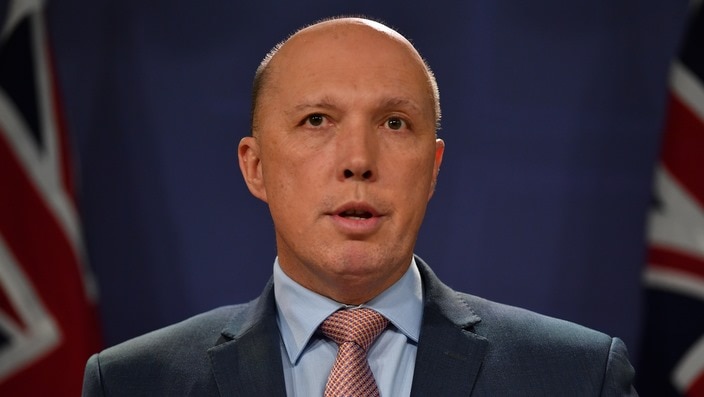 “Think of an artist, writer or a brilliant sportsperson who was once a refugee who have happened to come to Australia, by boat, via Manus or Nauru and because of this Bill they’re never able to permanently settle in Australia or even visit.

“That would mean that person wouldn’t be able to come to Australia to compete in Commonwealth Games or Olympics or give a guest lecture or attend an exhibition or accept a prize for literature.”

A joint submission from legal and migration experts said family members who arrived at different times are subject to different rules.

“Australian law would entrench the division of families, which is already an issue of great concern, and could result in parents being permanently separated from their children,” it says.