A new report has warned of an increased number of extreme heat days in December, which could spell the end of the Boxing Day Test at the MCG.

An increase in extreme December temperatures expected over the next 40 to 60 years may spell the end of the iconic Boxing Day Test at the Melbourne Cricket Ground, a new report has warned, as the sport’s national body acknowledged the need for a “sustainability strategy”.

An Australian Conservation Foundation (ACF) report, using analysis from the Monash Climate Change Communications Research Hub, found the number of “extreme heat days in Melbourne during December is expected to increase significantly in the 2020s and beyond”.

As a solution to the prospect of increasing temperatures, which could put players and spectators in danger of heat stress, the report urged Australian cricket authorities to consider moving the Boxing Day Test to November or March or making it a nighttime event. A fan wears a face mask as smoke haze forced an end to a Big Bash League cricket match between the Sydney Thunder and the Adelaide Strikers.
AAP

“It’s really important that powerful voices in our community like Cricket Australia stand up for climate action that will protect players at elite and community levels and the players who love the game."

The report also found rising temperatures were already having an impact on cricket, at both a professional and club level, with the number of days at 35 degrees or above set to increase under current emissions.

Last week, a Big Bash match between Sydney Thunder and the Adelaide Strikers at Canberra’s Manuka Oval was abandoned after heavy smoke from the NSW bushfires blanketed the stadium, leading to concerns over air quality.

Officials on the field could be seen wearing face masks during the evening match, while umpires said visibility was so poor players were struggling to see the ball.

In a statement to SBS News on Friday, Cricket Australia said it was “in the process of proactively developing a strategy for sustainability,'' which is expected to continue into 2020.

“We acknowledge that a more holistic approach to sustainability is required to achieve greater progress to build cricket’s leadership in sustainability and lessen the impact of climate change on the natural environment,” the statement read. 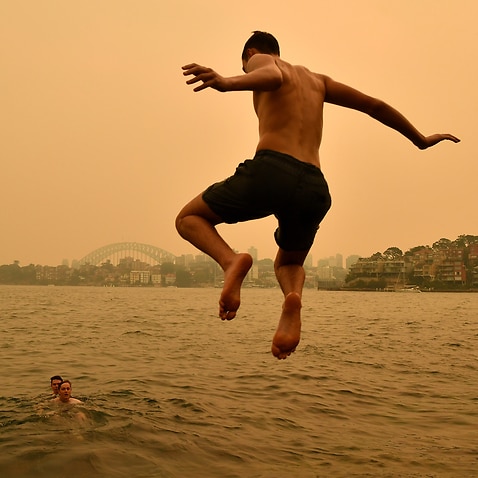 “Developing practical frameworks, committing to targets and standing for meaningful and lasting change are ways we can create a legacy to significantly impact policy and action through the game from our national teams and community cricket.”

In 2018, Cricket Australia published the world’s first Heat Stress Management policy, but it only applies to national professional matches, not international tests which are governed by the International Cricket Council.

The framework provides guidelines on managing high temperatures, such as additional drink breaks and cancellations when needed.

Dr Sinclair said Cricket Australia had made some positive steps to manage the symptoms of climate change, like extreme heat, but urged them to make stronger public statements for increased climate action.

“There are hundreds of millions of people around the world in cricket playing nations that are deeply concerned about the impacts of climate change on cricket and the country,” he said.

“Cricket Australia can no longer stand by silently and watch, they need to use their powerful voice to call for action at a national level and also internationally.”