In Melbourne, an LGBTIQ+ group for international students is helping provide a support network for those far away from home.

Adjusting to life in a foreign country can be a daunting experience, but imagine doing that while struggling to come to terms with your sexuality.

When Indonesian international student Zen Andra first arrived in Australia he had little idea about what to expect.

He told SBS News he was shocked by the openness and visibility of people's sexuality because back home in Indonesia it was a taboo subject.

"I tried coming out to my Muslim friends, and none of them were very accepting. It's been really sad. But, in here [Australia], I met most of the other Muslims, and they're very, very supportive." 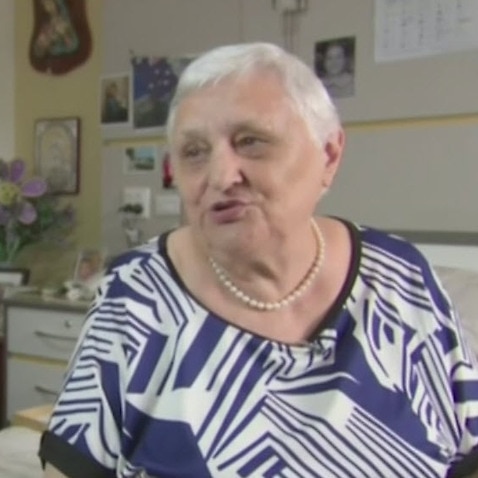 Mr Andra is now an advocate with the Rainbow International Students Network and said he is happy to be in a place where he can be honest about who he is.

Experiences like Zen Andra's inspired Tegan McCarthy, an academic coordinator at an English language school in Melbourne, to establish the Rainbow Connection, a support group for LGBTIQ+ young people far from home.

Ms McCarthy said she had noticed some students acting differently and was worried they may be feeling left out.

"When you are teaching an English class, for example, one of the first things you talk about is, 'Hi, what's your name, how old are you, who do you live with, what is your relationship status, are you married, are you single?' And that kind of thing is very hetero-normative.”

“It's just strange how these students kind of remain silent about it, or lie even. So there's quite a lot of silence and invisibility around it." Most Australian universities have societies and groups open to all students in the LGBTIQ+ community.

In Melbourne, the RMIT student union's Queer Department said, while the university has an international officer and department, there is little overlap between the two.

The university said in a statement that students and staff should feel "safe, secure and respected" and able to "be themselves."

But Zen Andra argues it is not easy for overseas students to take part, particularly when there is a language barrier.

A safe space to open up

At the Rainbow Connection gatherings, students can make new friends, learn more about the community and hear about the experiences of others.

For some, it is the first time they have heard about LGBTIQ+ rights, and discussed health and sexuality openly.

While sharing her own story, Indonesian student Vania from the Australian Federation of International Students said she became overwhelmed with emotion when talking about how thankful she is to be in Australia.

"The first time I came to Melbourne, I was alone, I was really alone. I didn't know anyone. I was homesick for maybe two months.”

“Being in Australia is actually one of the most amazing experiences in my life," she said

To stay or go?

Zen Andra meanwhile, is trying to decide whether to stay in Australia or go home to Indonesia. But he told SBS News he is worried about what he would have to give up.

"If in the future, I go back to Indonesia again, should I just, like, close the chapter of being free, of being myself, in Australia and then just be a conservative Muslim like before, and then just like being fake in front of everybody?”