As Iceland debates whether to outlaw circumcisions of newborn males, SBS News explores why rates have been dropping in Australia.

The procedure of removing the foreskin of a newborn male's genitalia has been practised for religious and cultural reasons for centuries. It is a common practice among Jewish, Muslim and some Christian communities but is also undergone for cultural reasons. For Jews and Muslims, the practice is stipulated in religious texts. It's also considered a practice among Indigenous Australian communities.

The World Health Organisation (WHO) says neonatal, infant and child circumcision is generally safe if it is conducted by experienced providers in hygienic conditions, but there have been levels of risk outlined in some studies.

The Royal Australasian College of Physicians (RACP) says while there is evidence that shows some health benefits, there are also risks from the medical procedure. It considers the potential health benefits are not sufficient to recommend routine circumcision of all infant males. 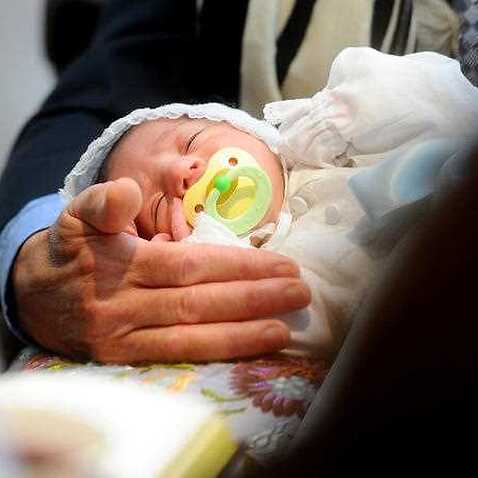 The RACP cites recent studies as showing circumcision may provide protection against urinary tract infections in infancy. Also in countries where sexually transmitted disease is high, the procedure can also reduce the risk of HIV/Aids.

How many people are circumcised?

But there is evidence that is substantially declining among new generations.

Based on Medicare records, there were 6309 newborn males circumcised in the 2016/17 financial year.

The RACP paediatrics and child health division's Professor Paul Colditz says the rate was four times greater a decade earlier, and the numbers have been dropping rapidly.

"Only four per cent of boys are being circumcised (today), so I guess parents are really making up their own minds on the basis of the available evidence," he told SBS News.

However, there may be some procedures not captured by the data if it is performed by religious figures, given the statistics are based on Medicare claims.

But Professor Colditz says that would be a fairly small number in relation to the 6000 babies circumcised in the past year.

"There will be a small number done by religious figures who may be very experienced," he said.

Why are rates dropping?

Professor Colditz says it is because of two aspects - more informed parents and more fathers not being circumcised themselves.

"The number of new fathers who are no longer circumcised is increasing and therefore if they haven't been circumcised, collectively between the two parents then they're making a decision that they don't feel it will confer any benefit to their son," he said.

Parents were also making up their own minds by researching available evidence.

"We've entered an era where everyone is looking at [it like], 'Is this operation, is this treatment worthwhile, will be effective, what are the risks?'" he said.