Donald Trump is 'playing with fire' by officially recognising Jerusalem as the capital of Israel, a US politics expert says.

After announcing the US will recognise Jerusalem as the capital of Israel, the Trump administration has moved the US embassy from Tel Aviv to the disputed holy city. Ivanka heads US delegation at embassy open in Jerusalem

But the move is a dramatic break from decades of US policy and ignores the warnings of Arab and other world leaders that it could completely derail the stalled peace process between Israel and Palestinian territories.

The status of Jerusalem is at the centre of the conflict, and disputes over the city and its holy sites have derailed many previous attempts at brokering peace or finding a two-state solution to the decades-old crisis. 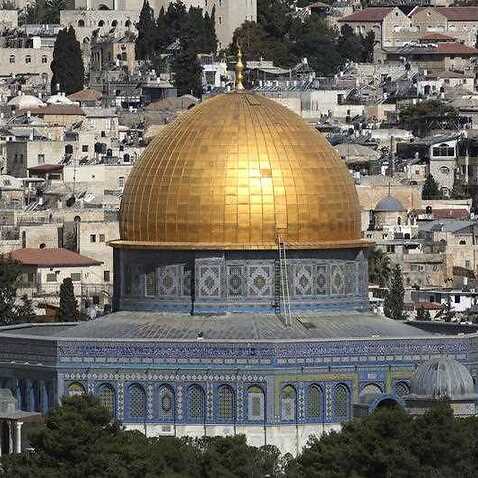 Trump to recognise Jerusalem as Israel's capital: US official

Brian Katulis from the Washington DC-based Center for American Progress, a liberal think tank, said the Trump administration was attempting to frame the move as a shakeup to advance the peace process, but the reality was likely to be the opposite.

“Ultimately [Donald] Trump is playing with fire, and the reactions are likely to be quite strong,” he told SBS News when the move was announced in December.

Jerusalem is a holy city, home to three major faiths: Judaism, Islam and Christianity. Israel captured the western part of the city during the Arab-Israeli War in 1948. It has occupied East Jerusalem since seizing it from Jordan in the 1967 Six-Day War. It claims the whole city as its “eternal” capital, stationing most of its key government buildings there. 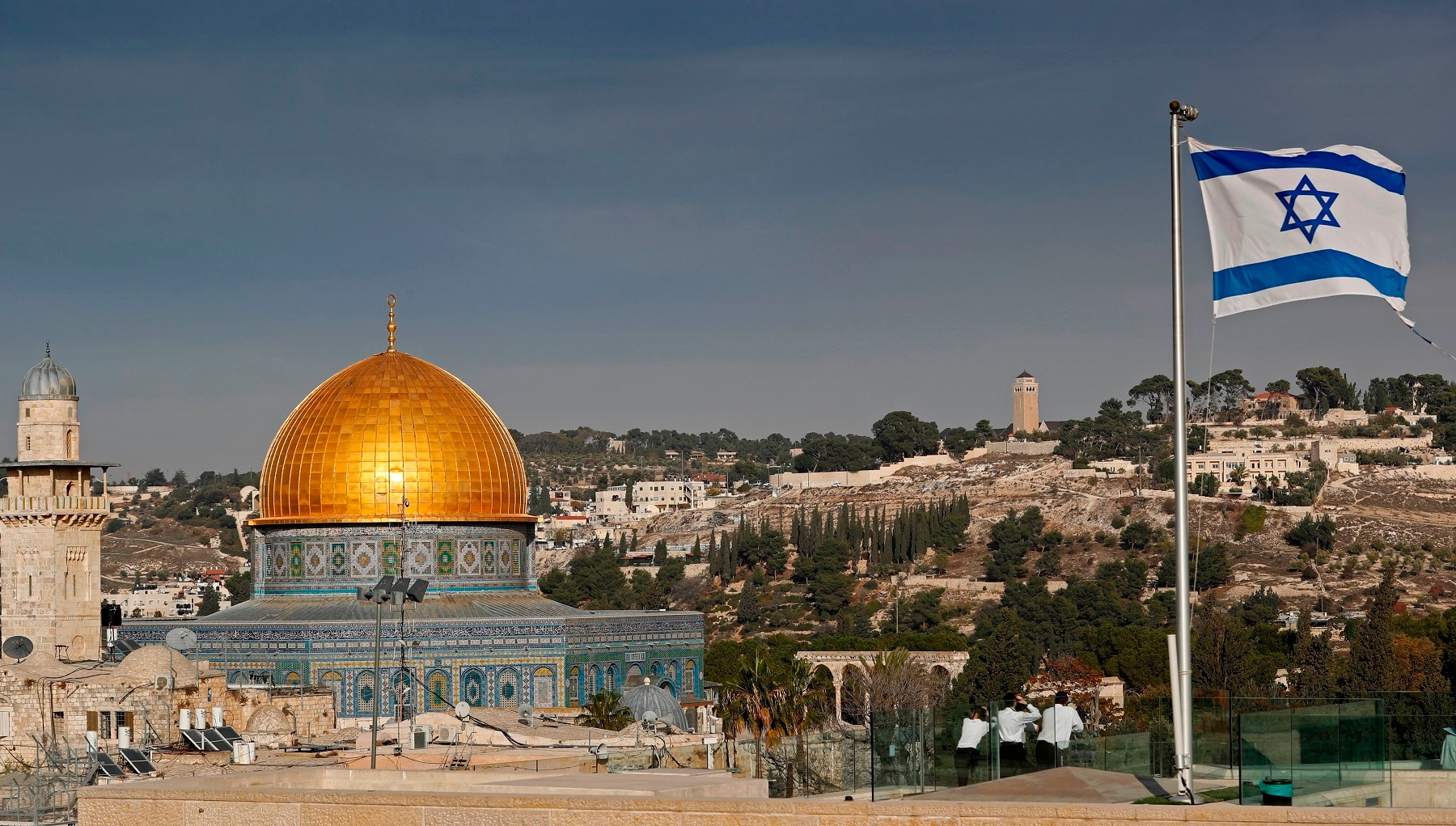 An Israeli flag in the Jewish Quarter in the Old City of Jerusalem on 5 December 2017.
AFP / Getty Images

But the Palestinians want East Jerusalem as the capital of a future independent state.

Why would Trump do this?

The status of Jerusalem has been an issue in US politics for years and one that particularly engages Jewish and evangelical voters. In 1995, the Republican-dominated Congress passed a law mandating the embassy’s move to Jerusalem unless the president signed a waiver every six months keeping the embassy in Tel Aviv for “national security reasons”.

Mr Trump promised during his campaign to move the embassy, but at the expiry of the first six-month deadline of his presidency in June, he followed his predecessors’ tradition and signed the waiver. The second deadline expired on Monday, December 4.

White House officials said moving the embassy, where 1000 US employees work, would take "years" while practical and security concerns are addressed.

But now, the administration's plans have become a reality, with the US embassy opening in Jerusalem on May 14.

'A pathway towards peace'?

Mr Katulis said the provocative policy shift is likely to distract from the president’s myriad of troubles at home, Mr Katulis said.

“He’s a president who is actually quite weak now, facing daily - almost hourly - stories about the investigations into his potential collaboration with Russia and other things. This distracts people, that’s one advantage for Trump.

“The second is, some on his team and maybe himself, think that this is the way to shake up the Middle East, to try to forge a pathway towards peace. That's probably a flawed analysis. .. At home he’s trying to say ‘this is something I promised I would do as a candidate’, and it appeals to certain conservative religious voters who have strongly backed Israel.” Donald Trump touches the Western Wall in Jerusalem's Old City on 22 May 2017.
AAP

How are Israel and Palestinian territories reacting?

Ahead of confirmation of the move,The Jerusalem Post reported that the Israeli Defence Force and police were bracing for protests and possible violence as a result of the news. The US Consulate-General in Jerusalem prohibited US government employees and their family members from travelling in Jerusalem’s Old City or the West Bank until further notice.

In a phone call, the Palestinian Authority’s President Mahmoud Abbas warned Mr Trump of “the gravity of consequences” the embassy move would have “for the peace process and security and stability in the region and world”, according to local news agency Wafa. 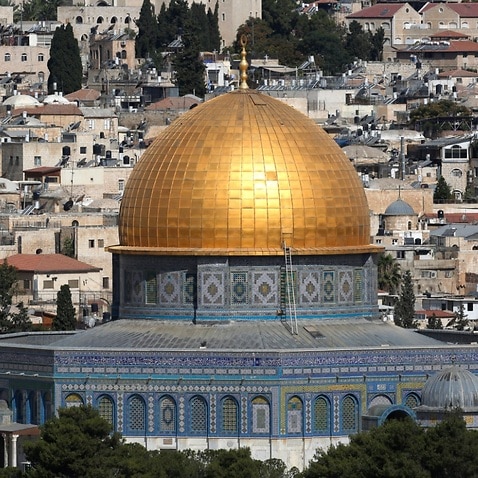 What is the world's position on Jerusalem?

Mr Abbas’s international affairs adviser was more direct. He told Al Jazeera that the move “totally destroys any chance that he [Mr Trump] can play a role as an honest broker.”

Mr Katulis said it was likely to send Israeli-Palestinian relations “from bad to worse”.

“The real risk here is also the Palestinian Authority is already in a very fragile state. It’s got a tough economic situation, it’s got political divisions and its leader is ageing and quite weak in the political context," he said.

“... It could serve to further delegitimise the Palestinian Authority and a lot of its security forces and make the point that many Palestinians have felt for a long time that they are just the junior partner, they don’t matter as much and their concerns aren’t listened to by the US.”

“It could potentially destabilise the situation in the West Bank which has been quite calm.”

The Arab League held an emergency meeting to discuss the development after a request by Palestinian officials.

The Jordanian royal palace said Mr Trump had called King Abdullah to inform him about the move. The statement said the king warned the president it would have “dangerous repercussions on the stability and security of the region.”

Egypt’s President Sisi cautioned Mr Trump against “taking measures that would undermine the chances of peace in the Middle East” and said Egypt upheld the status quo in Jerusalem.

Even Saudi Arabia has publicly criticised Mr Trump, with the state news agency quoting an unnamed official source at the Saudi foreign ministry saying it would have “a detrimental impact on the peace process.”

“The United States administration should take into account the negative implications of such a move and the kingdom’s hope not to take such a decision as this will affect the US ability to continue its attempt of reaching a just solution for the Palestinian cause,” the statement said. Turkey’s President Erdogan reacted strongly to the news, calling it a “red line” for Muslims and suggested Turkey might cut ties with Israel over it.

Mr Katulis said that while Erdogan’s rhetoric tended to be inflammatory, the fact that countries much closer to the US in the region were expressing similar concerns did not bode well.

“There are a number of voices beyond Erdogan that are deeply concerned about Islamophobia and how Trump may be more inclined towards Christians and Jews," he said.

"Erdogan tends to be a little more inflammatory in his rhetoric just as a matter of course as a leader. But when you hear people like King Abdullah of Jordan who spent much of last week here in Washington, raising similar sorts of concerns if not using the same language, everyone should be concerned about what happens next.”