Ratko Mladić, known as the 'butcher of Bosnia', played a central role in some of Europe's worst atrocities since World War Two.

The conviction confirmed his central role in Europe’s worst atrocities since WWII, with the chief tribunal prosecutor Serge Brammertz stating, “his name should be consigned to the list of history’s most depraved and barbarous figures.”

He was convicted in 2017 on charges of genocide, crimes against humanity and war crimes, including terrorising the civilian population of Sarajevo during a 43-month siege, and his role in the killing of more than 8,000 Muslim men and boys taken prisoner in the eastern town of Srebrenica in 1995. 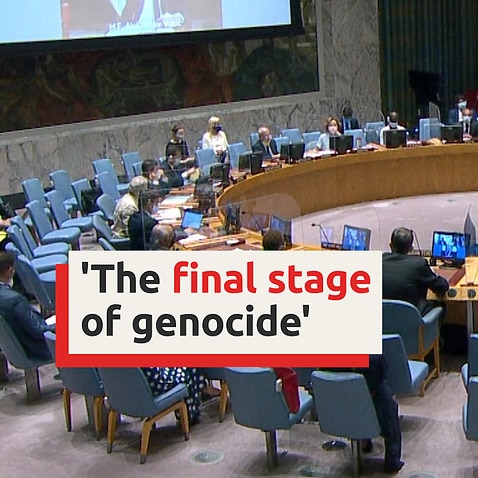 The tribunal determined that Mladic was pivotal in the Srebrenica slaughter - which occurred in a UN-designated "safe area" for civilians - since he controlled both the military and police units involved.

Amnesty International’s Europe director Nils Muižnieks said the Hague's judgement was a “historic moment which concludes a decades-long search for justice for the tens of thousands of victims of the armed conflict in Bosnia and Herzegovina”.

Born in an isolated village in Bosnia during WWII, Ratko Mladić was one of three children raised by his mother Stana after the death of his father Neđa in 1945. His father was a Partisan leader who was killed in fighting with the Ustaše, the Croatian Revolutionary Movement which controlled the then-Independent State of Croatia.

It was here that Mladic began his military career in the Yugolsav People’s Army, after trying his hand at a tinsmith apprenticeship as a teenager. He would rise rapidly through the ranks, eventually taking control of an army faction.

It was a decision in May 1992 which would lead Mladić to his role as commander of the Bosnian Serb army.

Sent to Sarajevo to command the army’s Second Military District, he was appointed upon arrival to the role in which he would commit the atrocities and crimes against humanity.

The Criminal Tribunal stated he was “a member of a joint criminal enterprise whose objective was the elimination or permanent removal of Bosnian Muslim, Bosnian Croat, or other non-Serb inhabitants for large areas of [Bosnia and Herzegovina]”.

Mladić would spend the next chapter of his life as a fugitive.

Following the charges, he sought protection in Belgrade where he lived under an immunity granted by then Serbian leader Slobodan Milošević.

Things began to unravel for Mladić when Milošević was extradited to The Hague in 2001 after being convicted of war crimes himself, including fanning the ethnic conflicts that destroyed the Yugoslav federation.

Mladić would disappear without a trace, his family in 2010 attempting to have him declared legally dead.

It came as a shock to the world when he was captured one year later in an operation by Serbian security agents in Lazarevo, a farming village of around 3000 residents located 80 kilometres north of Belgrade.

Mladić reportedly told the officers “you have found who you’re looking for.” It would end his 14 years on the run. Before he was extradited to The Hague, Mladić had two requests.

The first was to visit his mother’s grave, the second was to see the grave of his daughter Ana. His daughter had taken her own life in February 1994, when a doctor she had fallen in love with refused to marry her unless she would reject her ties to her father.

It was in May 2012, that Mladić would go on trial for war crimes.

He was found guilty five years later of 10 of the 11 charges laid against him.

His life sentence and guilty verdict were upheld in his final appeal at The Hague in June 2021.

With additional reporting from Reuters.