Yuka Morinaga says she is very concerned for the wellbeing of her husband Alek Sigley, who is missing in Pyongyang and has been out of touch for three days.

Australian man Alek Sigley, who is missing in North Korea, last spoke to his wife at the beginning of the week.

Yuka Morinaga, 26, told The West Australian she usually speaks or exchanges messages with her husband on WhatsApp.

She said she did not notice anything out of place when they spoke on Monday night.

"We don't know what's happened. We don't even know if he has been detained or not.

"I'm worried but we don't know anything yet," she said. 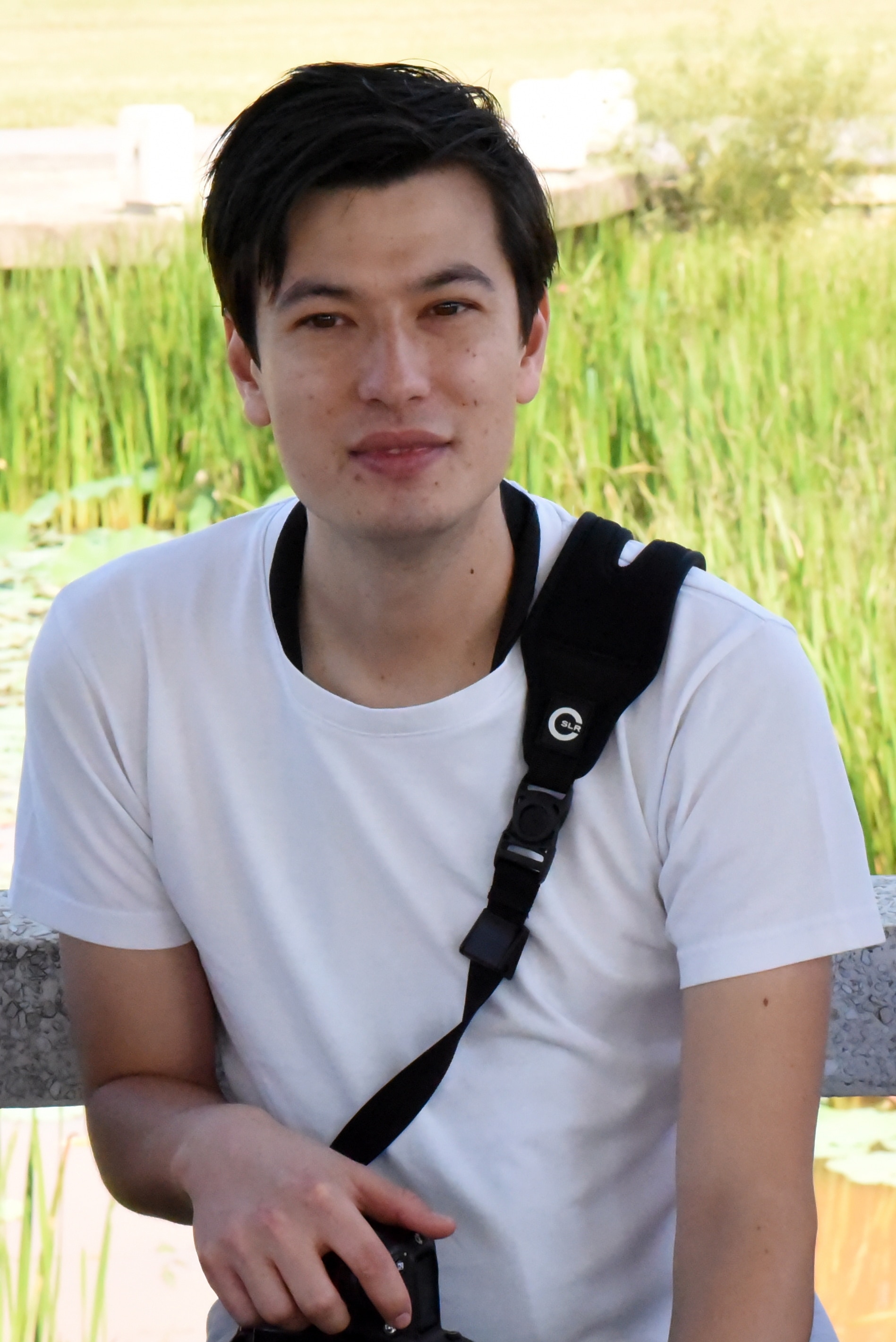 Prime Minister Scott Morrison, speaking from the G20 summit meeting in Osaka in Japan, said the situation is 'troubling'.

“It is troubling to me and I'm sure his family as well," Mr Morrison said. "The expressions of support and assistance that have come from other nations I have met with here has been very welcome.

“We will continue to focus sharply on that and seek to clarify what exactly has occurred and then take steps from there.

“This matter has been raised with me as an expression of support and sympathy and a concern about the welfare of an Australian citizen. I appreciate that care and support.

“I'm just interested in the welfare of an Australian."

Mr Sigley's family issued a statement on Thursday, saying they hoped to hear from him soon.

"The situation is that he has not been in digital contact with friends and family since Tuesday morning Australia time, which is unusual for him," a family spokesman said.

"Australia's Department of Foreign Affairs and Trade is, therefore, seeking to confirm his whereabouts and welfare." 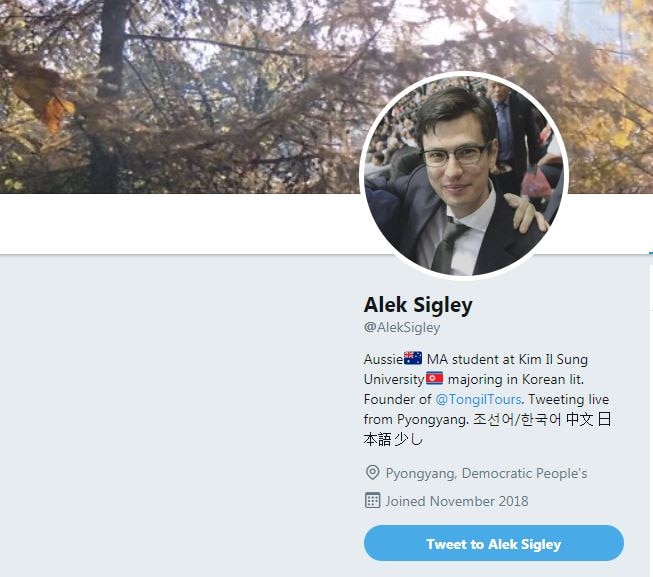 The family also said he had been studying a Masters in Korean literature at Kim Il Sung University in Pyongyang in 2018 and had travelled to North Korea several times since 2012.

"Alek's family hope to re-establish contact with him soon," the statement said.

His friend Crispin Rovere described him as "the nicest guy on Earth" and said that he was "only ever interested in sharing North Korea's culture with the world and improving people-to-people connections."

Federal Attorney-General Christian Porter said the reported detention of Mr Sigley, who also ran a tour company Tongil Tours, is very serious and the case is being treated with the urgency it deserves.

"It certainly is a very serious set of circumstances and obviously enormous empathy for the young man's family, who I understand are in Western Australia," Mr Porter told Perth radio station 6PR.

The Department of Foreign Affairs and Trade said it is "urgently seeking clarification" and is providing support to the man's family.

A spokesperson from the Department of Foreign Affairs and Trade told SBS News that the department "is providing consular assistance, in accordance with the Consular Services Charter, to the family of an Australian man who has been reported as being detained in North Korea."

"The Department is urgently seeking clarification," the spokesperson said. "Owing to our privacy obligations we will not provide further comment."

My friend Alek Sigley has just been arrested in North Korea! He is the one that got me into that country in the first place! https://t.co/RVIWGVL9L9 pic.twitter.com/nmfyzRYRWx

Mr Sigley, from Perth, graduated from ANU in 2018 and claims to be the first Australian student to have studied in North Korea.

In a statement on behalf of acting ANU vice-chancellor Professor Keith Nugent, the university said it was aware of reports of one of its recent graduates being detained in North Korea.

"On behalf of the ANU community, I extend my concern and thoughts for his wellbeing, as well as to his family, his friends and colleagues," Professor Nugent said.

"We hope for a speedy and positive resolution to his reported situation."

He also runs a company specialising in tours of North Korea and has written articles about Pyongyang's dining scene and other issues for NK News and other outlets.

He'd been preparing to lead a fresh tour in August, promising travellers a visit to the demilitarised zone that separates divided North and South Korea.

"Get right up to the border with South Korea, even technically cross it in one of the negotiation huts which lie between the northern and southern sides of the compound and are bisected by the border," his company's website says.

Yesterday we went to Pyongyang Central Zoo. Us foreign students took the subway there, getting off at Rakwon ("Paradise") Station, which is seldom visited by foreigners.

Australia has no diplomatic mission of its own in Pyongyang and is represented in North Korea by the Swedish embassy.

Canberra advises against non-essential travel to North Korea - where several foreigners have been detained in the past.

In a post in January this year, Mr Sigley describes a strong interest in East Asia and "socialism" and recounts his first trip to North Korea in 2012.

The son of an anglo-Australian man and Chinese mother, he previously studied at Fudan University in Shanghai and in South Korea before moving to Pyongyang, according to his post.

"I’m enrolled in a master’s degree in Korean literature in the university’s postgraduate school. Because I am the only foreign student in this particular program, my courses are all conducted one-on-one with the teacher," he wrote. 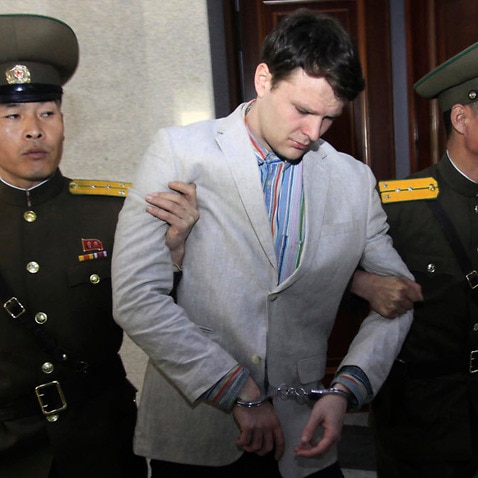 Steering clear of politics, Mr Sigley describes a life chatting with Chinese exchange students, drinking with Russian students and playing video games and going to restaurants with students from Canada and Sweden.

In an article for the Guardian newspaper published in late March, Mr Sigley said he had "nearly unprecedented access" to Pyongyang as a long-term foreign resident.

"I'm free to wander around the city, without anyone accompanying me. Interaction with locals can be limited at times, but I can shop and dine almost anywhere I want," he wrote.

Kim Il Sung University Building No. 2 reflected in the rain.

Mr Porter said Australian officials were working hard to determine the reason for the man's detention, but the gravity of his predicament could not be understated.

"This particular jurisdiction, most Australians' common sense would tell them makes this a matter of the utmost seriousness," he said.

It's not the first case of an Australian being detained in North Korea.

Elderly South Australian missionary John Short was deported from the country in 2014 for trying to spread Christianity.

Mr Short later told of gruelling daily interrogations and being kept under 24-hour guard, despite repeatedly saying he was not a spy and was not working with any South Korean connections.

"I strongly protested that I was not a spy, nor working with any South Korean organisations nor was I hostile to the DPRK," he said, referring to North Korea's official name, the Democratic People's Republic of Korea.

North Korea said it released Mr Short after he sought forgiveness and apologised for his anti-state religious acts.

North Korea continues to deny engaging in torture in one of the most infamous cases of Westerners detained in the country.

American university student Otto Warmbier died in June 2017, less than a week after Pyongyang sent him home in a coma.

The 22-year-old spent 17 months in a North Korean jail after visiting the country as a tourist and was arrested for attempting to steal a propaganda poster.

Pyongyang has repeatedly denied torturing him. An Ohio coroner found the student died from lack of oxygen and blood to the brain caused by an unknown injury.