About two billion people around the world consume insects every day, but they're not likely to be found on many urban dinner tables. Now one start-up in China is working to make this ancient staple part of the modern diet.

A growing number of entrepreneurial foodies are trying to convince the world that insects belong on our dinner plates.

Massimo Reverberi, who is the founder of start-up Bugsolutely in Shanghai, is one of them.

"It's really friendly for the environment but for the consumer it would definitely be the nutritional properties and the taste," he told SBS World News.

The Italian entrepreneur is about to launch a line of chips across China made from silkworm powder. The 'Rabbit Plan': Venezuela wants people to breed and eat bunnies to beat the food crisis From food vans to IT: New program creates fresh opportunities for refugees "It was an alternative way to introduce edible insects to people, making chips. We used the help of food engineers to find flavours which appealed to the Chinese market," Mr Reverberi said.

According to the United Nations, insects are high in protein and vitamins.

In the future Mr Reverberi hopes to distribute a pasta made with crickets in Australia.

The product is made with cricket flour sourced from Thailand, where farming crickets is traditional.

"It has a nutty flavour and most people tell me they'd never know it was made from crickets just from tasting it," Mr Reverberi said.

Through packaging insects into everyday mainstream food items he hopes to overcome an initial "yuck factor" in consumers.

"Somehow we developed a psychological negative reaction to insects which is very deep in Western people," Mr Reverberi said.

"But when you explain that there's no big difference between a shrimp and a cricket, it’s probably even healthier et cetera. They start thinking there isn’t a logical reason not to eat them."

About two billion people around the world, particularly in south-east Asian countries, consume insects as a part a normal diet. “It’s another food source we’ve just forgotten because of social stigma because of behavioural habits. I’m not strongly suggesting we convert entirely to insects. I believe in a balanced approach and what I really want people to do is have an open mind,” Bits x Bites program director Eric Sun said.

Kerry Wilkinson, from Adelaide University, has been researching Australian consumer attitudes towards insects and hopes more Australians will embrace the trend of insect-based foods.

“There are always going to be a proportion of consumers, for them eating insects is never going to fly. But absolutely there are people within our population willing to give it a go. And it’s not just about the novelty factor," Associate Professor Wilkinson said.

“To produce insects we need less feedstock, less water, less land space, so there are lots of reasons why we should be eating them." 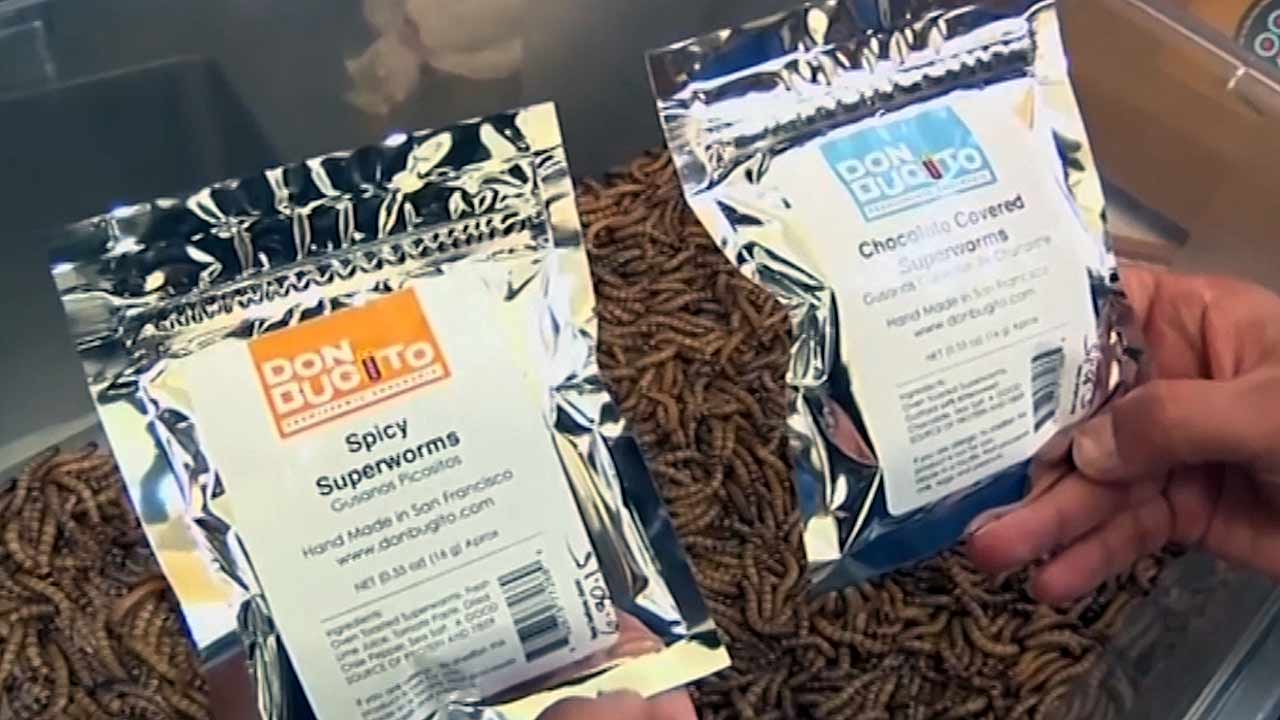 One of the many products made from bugs already in the market in China.
SBS World News