The pressure is on the Coalition to increase the number of women in its ranks, with or without quotas. As International Women's Day is marked on 8 March, those in politics tell SBS News why representation matters.

After being on the verge of election to the Senate twice and missing out, the disability advocate is all but guaranteed election after winning the top spot on the NSW Liberal's ticket.

But the long-time Liberal official doesn’t believe luck has had much to do with her political success. And neither has the fact she’s a woman, she says.

“Ultimately my journey to leading the Senate ticket had nothing to do with gender. That was never part of my dialogue or conversation,” Ms Hughes told SBS News.

But she does see it as a sign the tide is turning. 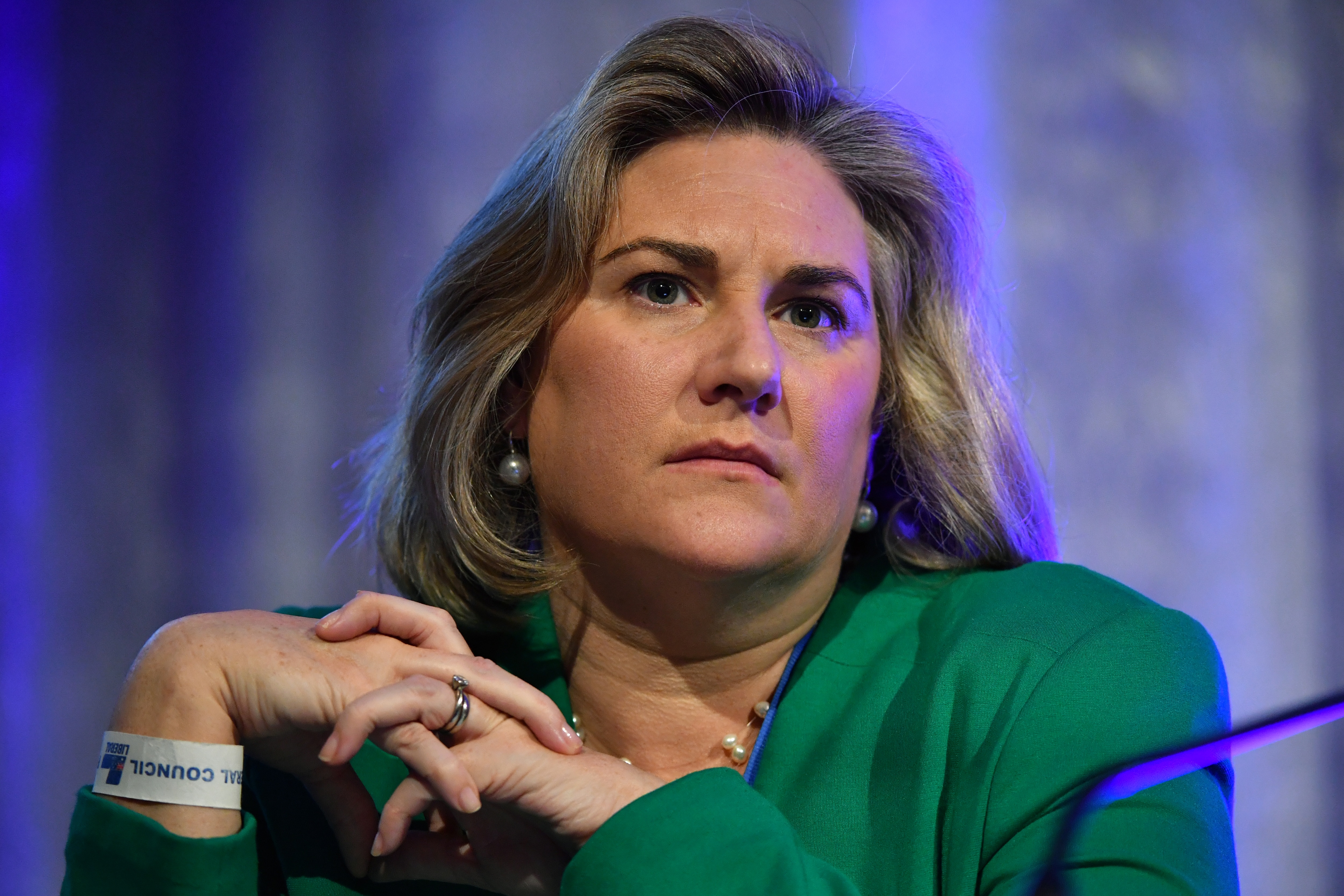 Hollie Hughes came close to supporting quotas, but says the idea of a man "making way" for a woman is unacceptable.
AAP

“I think it’s indicative of the fact that the Liberal Party is keen to preselect more women,” Ms Hughes told SBS News.

Overall, less than a third of federal MPs in the Lower House are women and 39 per cent in the Senate, but the inequity is most stark in the Liberal Party. 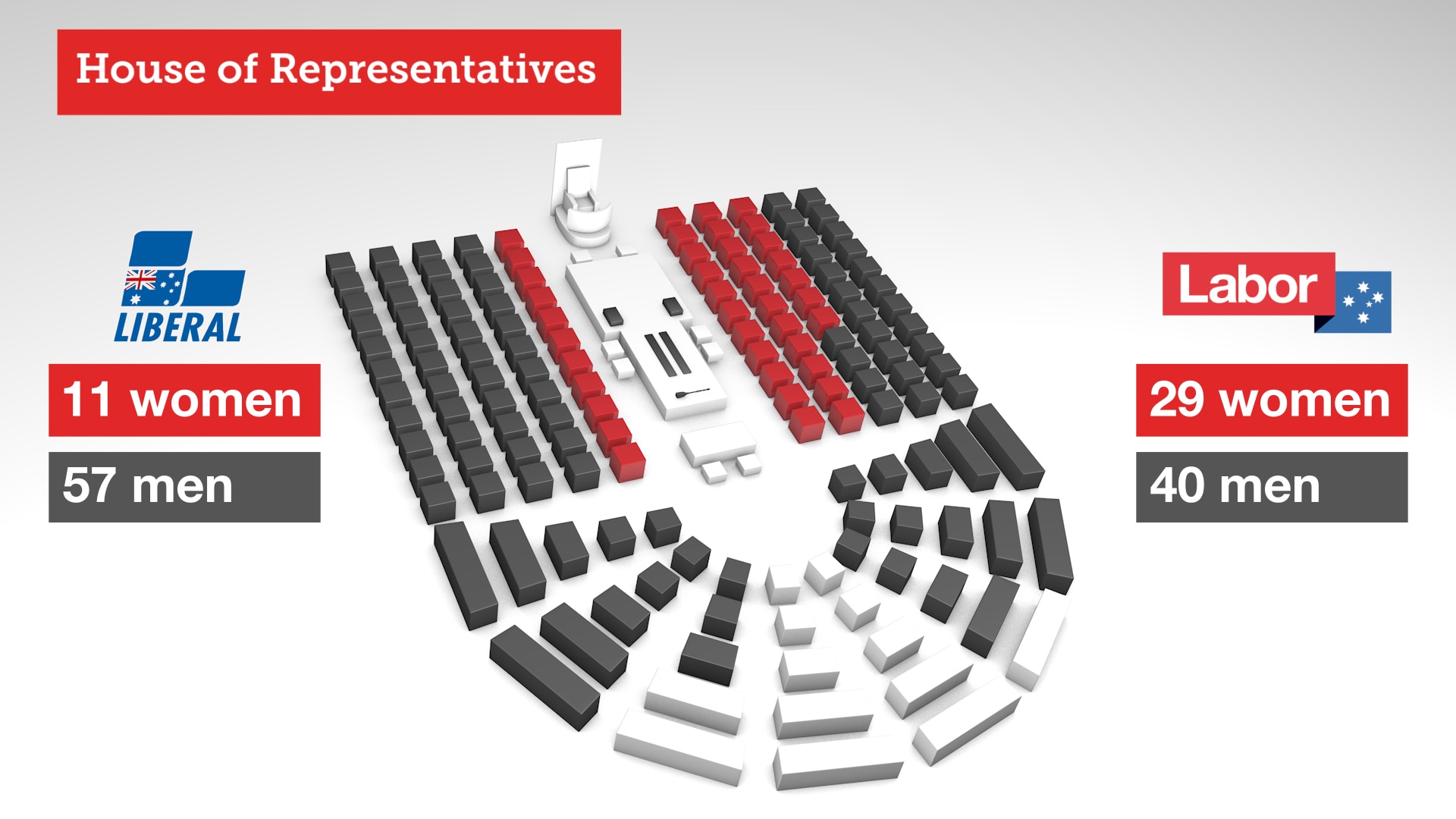 Out of the Liberal Party’s 106 seats in federal parliament, just 19 are held by women. By contrast, women make up nearly half of Labor’s federal politicians.

Are quotas the answer?

The figures have prompted more Liberals to speak out in favour of adopting quotas to boost the number of women being preselected in winnable seats.

Senior Liberal MP Sussan Ley is among a growing number who believe something stronger than a target is needed.

“I wouldn’t call it a groundswell of support, but I think the support is building,” she told SBS News. 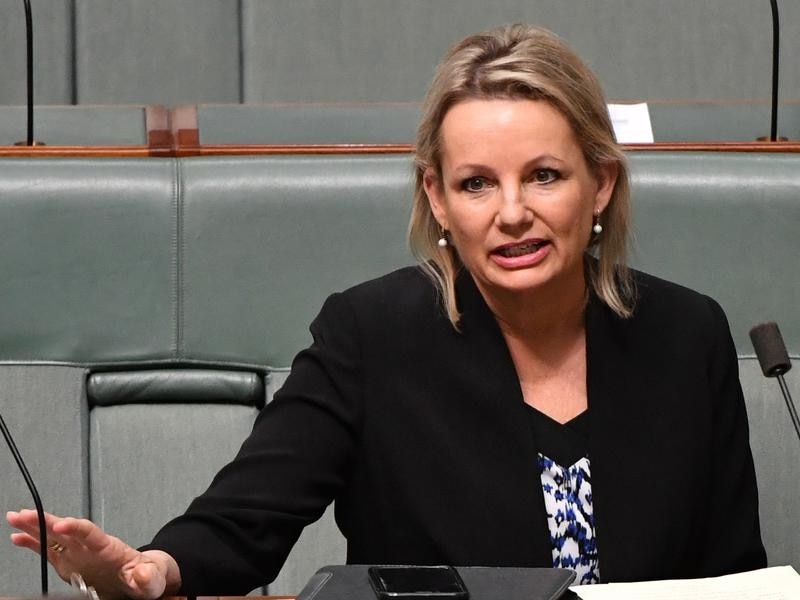 Senior Liberal MP Sussan Ley has suggested a mechanism stronger than targets is needed to boost the number of Liberal women in Parliament.
AAP

The Assistant Minister for Regional Development plans to put a motion to the NSW party conference later this year to introduce a “sensible and widely-supported revolution”.

While not using the word quota, she says the motion would be “precise about our numbers of females participating” suggesting 40 per cent as a starting point. 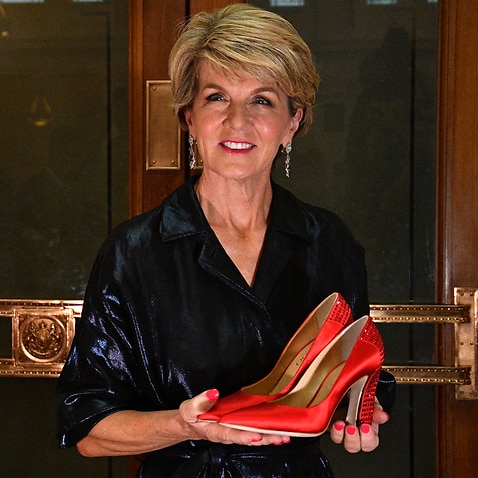 Hollie Hughes said she came close to supporting a quota after outgoing female MPs were replaced by male candidates.

But the withdrawal of Andrew Bragg in the Liberal's preselection for Wentworth last year to make way for a woman prompted a “visceral reaction”.

“As Liberal women, the very notion that we need someone to make way for us is quite distasteful.” 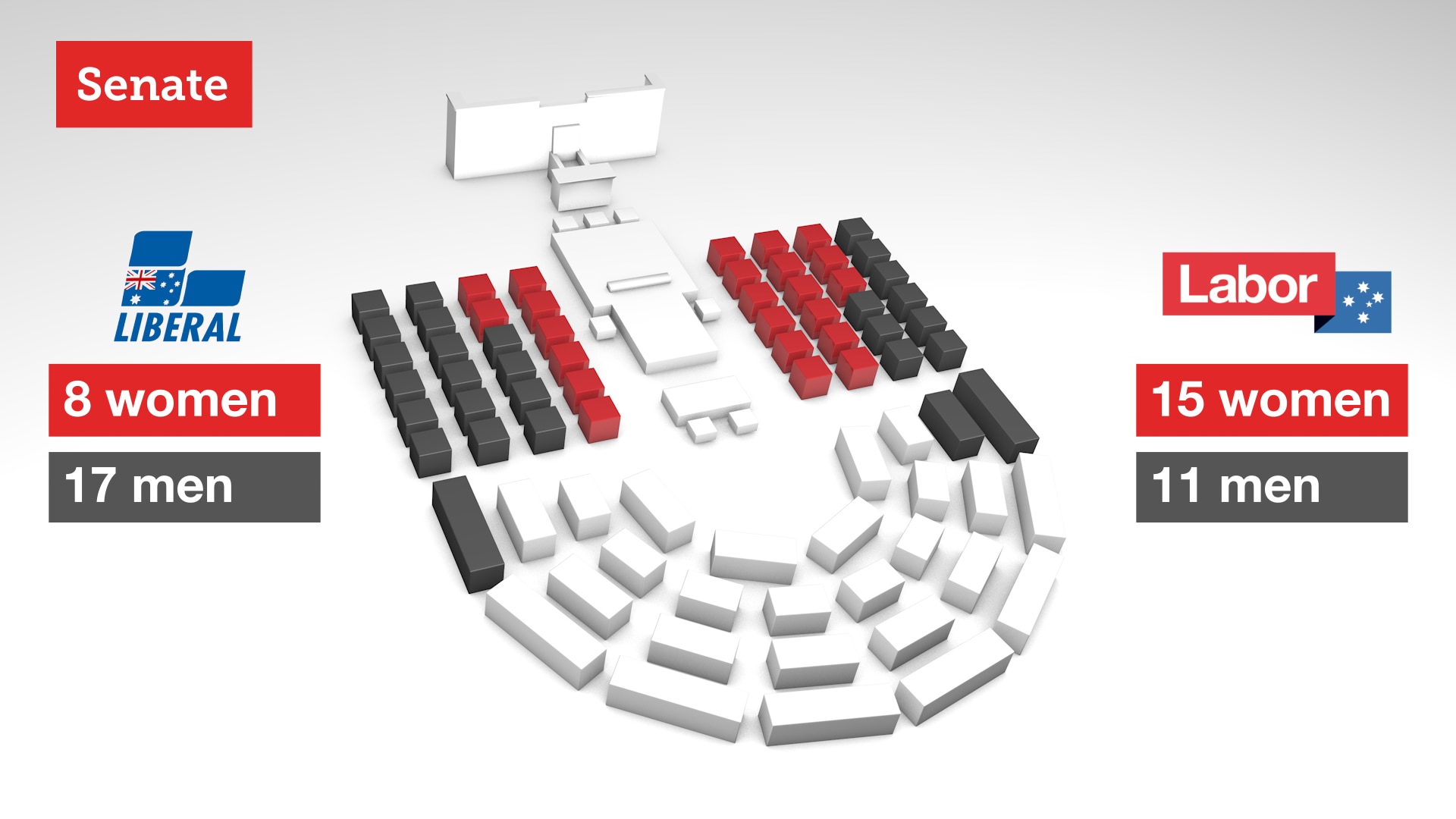 Mr Bragg’s move didn’t have the result he desired, as Dave Sharma was preselected, but in other seats the pressure on the Liberal Party over low female representation appears to be having an impact.

Prime Minister Scott Morrison has resisted calls for a quota, citing the preselection of about 20 women as Liberal candidates for the upcoming election.

There is broad agreement on the need to provide support for women long before they enter the political fray.

Melbourne University runs a 10-week course for women considering a career in politics.

It's the first of its kind in Australia and provides opportunities to network, practice making speeches and advice on campaigning. 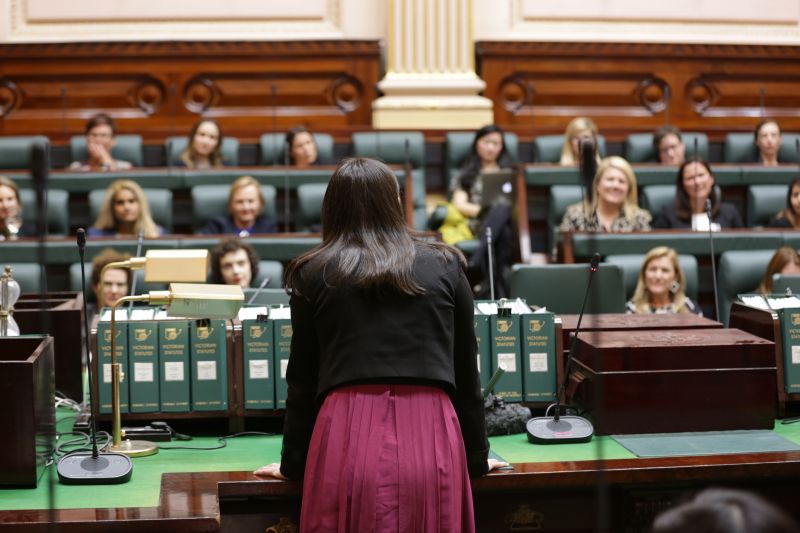 Participants in the Pathways to Politics for Women deliver a speech in Victorian Parliament at the end of the course.
Supplied

As demand continues to outstrip places, the university is considering expanding the program.

“I think what this shows is that despite being very well aware of all the institutional constraints that they’ll face if they take up politics as a vocation, women are still interested in running,” academic coordinator Jayani Nadarajalingam told SBS News. 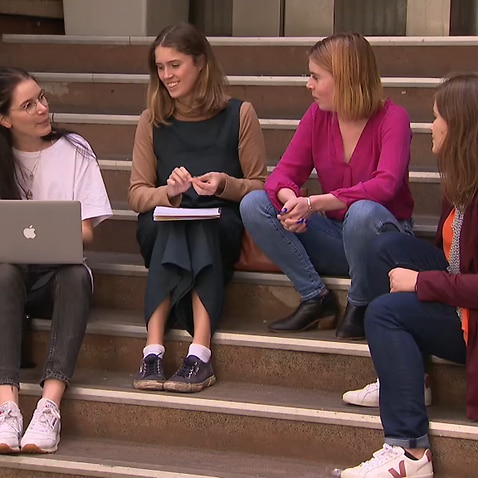 Two of the women who have completed the course are running in the federal election; paediatrician Katie Allen won preselection for the Liberals in Higgins and Shireen Morris is the Labor candidate in Deakin.

Congratulations to the wonderful Dr Katie Allen who is the new @LiberalAus candidate for Higgins. As a doctor, Katie has cared for so many people in our community. I have no doubt she will care for them in that very same way as our preselected candidate. pic.twitter.com/Reu8sm785r

As a mother of three, Ms Hughes said it was challenging to build the support needed to launch a political career.

“I lived in Morree, I wasn’t able to go to a cocktail party every second night of the week. I had three children and it can be quite an expensive process,” she said.

She says more needs to be done to ensure women in similar positions stick it out and she hopes her success in politics will set an example, particularly to her daughter:

“So that she could see her mum who lived in Sydney, got married, moved out to the country, had three children, lived in quite an isolated area and then had a special needs child and then needed to spend quite a bit of time working on his program, that you could still remain politically engaged.” 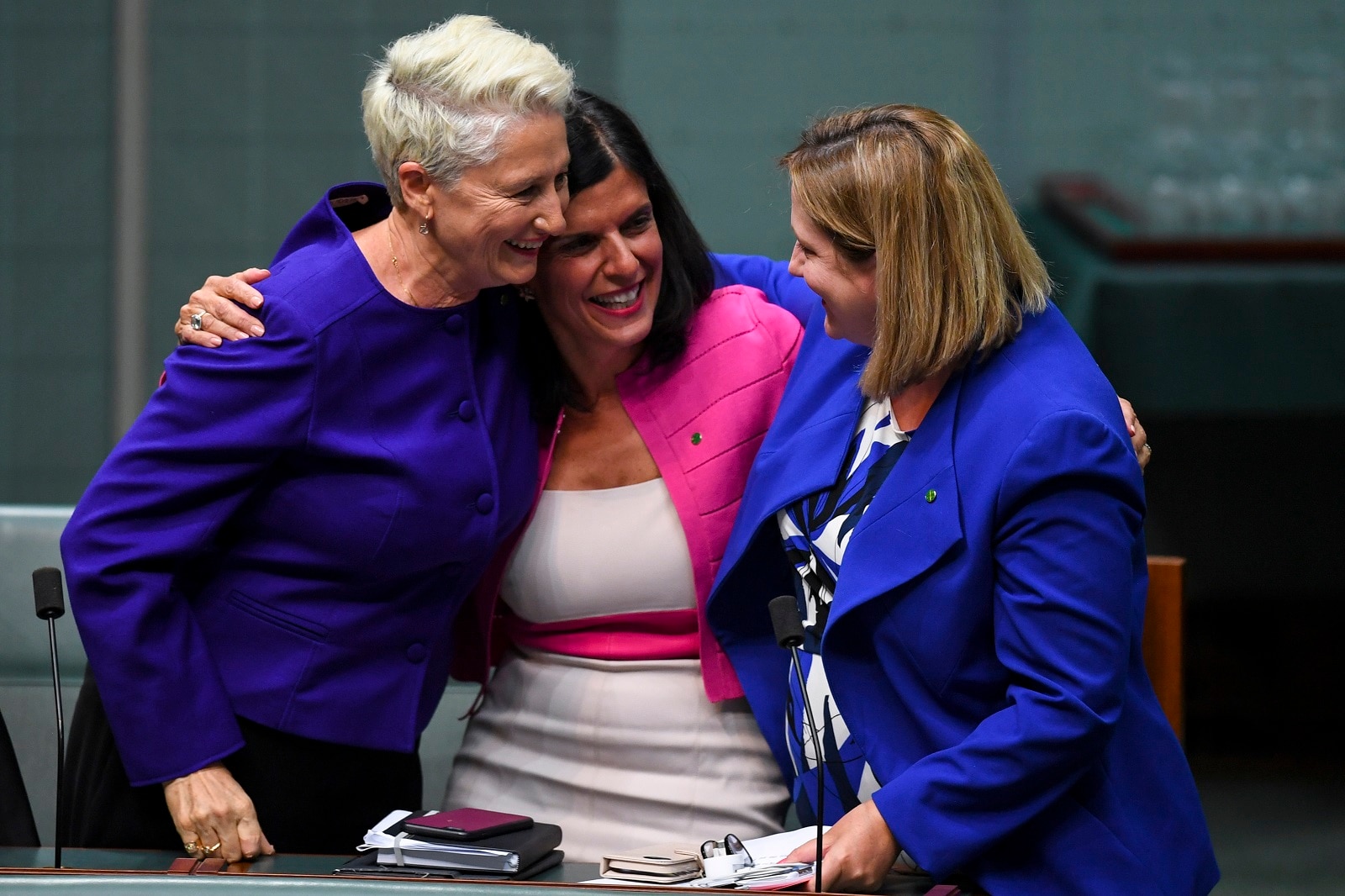 Crossbench MPs Kerryn Phelps, Julia Banks and Rebekha Sharkie after the passing of the Medevac Bill on 12 February.
AAP

Ms Bishop, who has spent the week speaking at International Women's Day events, has long resisted quotas, fearing a woman would be chosen for her gender, not because they're the best person.

She told a Sydney event on Wednesday, she is focused on supporting women in other ways, citing her role as the patron of a group of talented women in Western Australia.

“So that when preselection comes up there will be a pool of women we can turn to ask if they want to be a member of parliament, to go through the preselection process," Ms Bishop said. 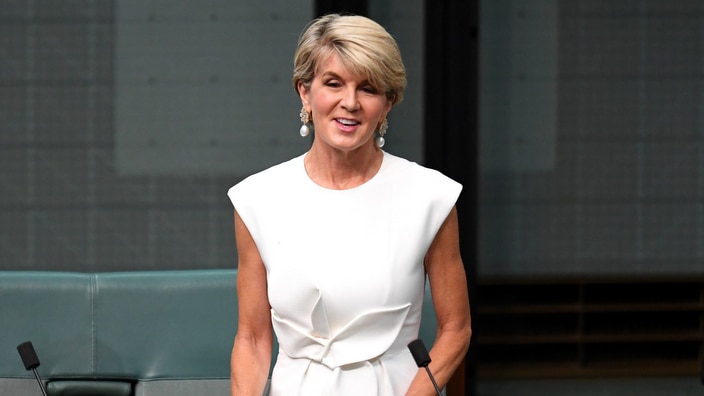 Ms Ley agrees the process must start early to encourage more women into leadership positions in the community.

“There’s a long journey before you put your hand up for preselection.”

Ms Ley said she had not thought about entering politics until people asked her.

“My first reaction was the same as many women I talk to now: ‘No, not me, I’m not really suitable, I’m not a public speaker, why would I want to go to Parliament?’”

Having served in Parliament since 2001, she said she has a responsibility to encourage other women to follow her.

“You have something to say and it’s your voice we want to hear.”