US President Donald Trump has responded to a report in the New York Times by saying he has paid "many millions of dollars in taxes".

US President Donald Trump says he paid "many millions of dollars in taxes" but was entitled to depreciation and tax credits and also said he was under-leveraged, having more assets than debt.

The Republican president responded in a series of Twitter posts to a New York Times report that he paid just $750 in federal income taxes in both 2016 and 2017, after years of reporting heavy losses from his business enterprises.

"I paid many millions of dollars in taxes but was entitled, like everyone else, to depreciation & tax credits," he wrote on Twitter.

"I am extremely under leveraged - I have very little debt compared to the value of assets."

The Fake News Media, just like Election time 2016, is bringing up my Taxes & all sorts of other nonsense with illegally obtained information & only bad intent. I paid many millions of dollars in taxes but was entitled, like everyone else, to depreciation & tax credits.....

The Republican president, who will face Democratic rival Joe Biden on Tuesday night for their first presidential debate, said he had “extraordinary assets” and boasted a “very IMPRESSIVE” financial statement.

Mr Trump has hundreds of millions of dollars in debt amid chronic business losses that he uses to avoid paying taxes, the Times reported. It said it has obtained tax-return data covering more than two decades for Mr Trump and his businesses. 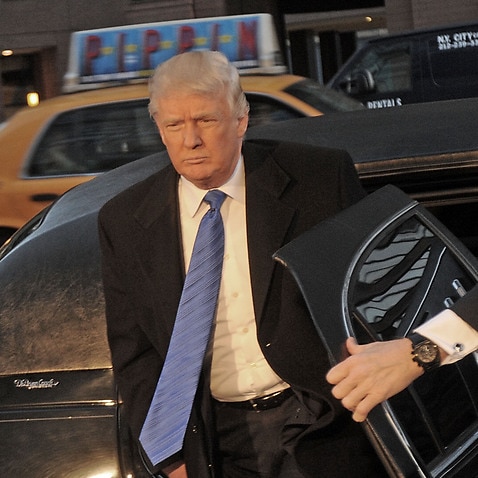 Mr Trump’s reported debts raise national security issues, US House of Representatives Speaker Nancy Pelosi said, as the public deserves to know to whom he owes money because it could be used as leverage against him. “To me this is a national security question,” she told MSNBC.

Mr Trump departed from decades of tradition among presidents and presidential candidates when he refused to release his federal income tax returns the first time he ran for president in 2016.

He says it is because he is under audit by the Internal Revenue Service but the agency has said there is no reason he cannot release his taxes while under audit.