Residents and their families were concerned about the potential for a coronavirus outbreak in the high-density public housing towers as far back as March.

A former resident of the Flemington public housing estate in Melbourne emailed the Department of Health and Human Services in March asking what was being done to prevent the spread of coronavirus through the towers.

More than three months later, Amona Hassab says it’s now the “worst case scenario” as nine towers in North Melbourne and Flemington were placed under hard lockdown after a number of positive coronavirus cases were linked to the sites.

On Monday, the outbreak grew to 53 cases, with Victorian Premier Daniel Andrews warning that he expected that number to grow.

Meanwhile, approximately 3,000 residents have been prevented from leaving their buildings for any reason for at least five days since Saturday, relying on government authorities and volunteers for food, medication, and other supplies. 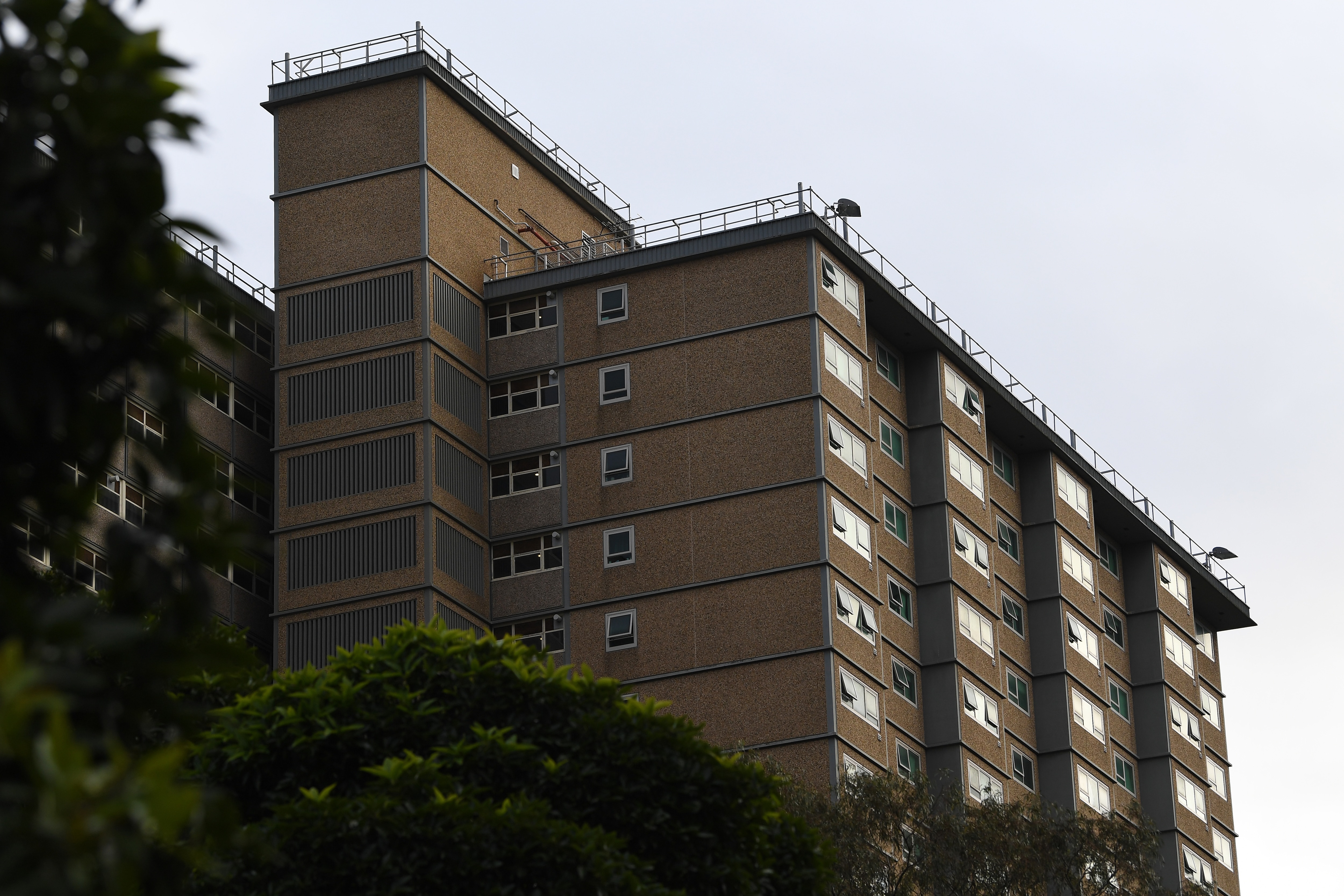 The public housing towers along Racecourse Road in Melbourne.
AAP

Ms Hassab, 30, who grew up in the building and still has family members who live there, said she wrote to the Department on 29 March warning that many residents of the tower were “especially vulnerable to illness” and at risk of contracting the virus due to the high-density accommodation.

“People there, my family and relatives included, live in dense, low-income housing, often with large families and in many cases elderly relatives in a small flat,” the email read.

In response, the department said they had installed hand sanitisers in the foyers but Ms Hassab suggested the need for posters using images for residents who could not read, informing people of the 1.5 metre social distancing restrictions and capping the lift use to three people at a time.

“I was worried because people are in such close proximity to each other … so I wanted to know if they had a management plan,” Ms Hassab told SBS News. “But obviously they couldn’t provide that.” 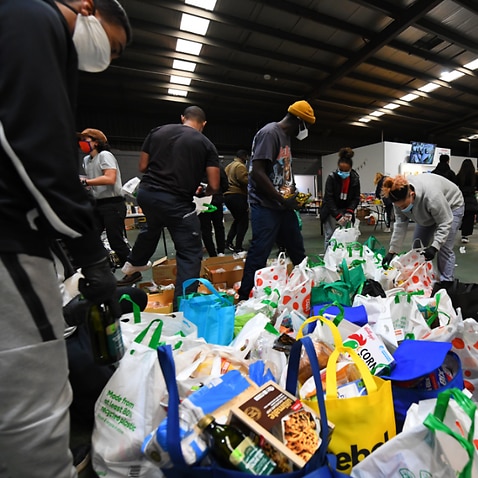 Following the email, she said she was told to call the general COVID-19 hotline.

Federal Labor MP, Peter Kahlil, who grew up in public housing in the 1970s, released a statement on Tuesday stating people who lived in the towers faced an additional layer of disadvantage due to the high-density nature of the buildings.

"What, if any, other responses could have been pursued by governments to mitigate the pandemic risks to high-density housing?," he said.

"The people in nine public housing towers have a right to ask these questions. They deserve to know what pre-emptive actions were taken to avoid these extreme steps from being necessary."

A DHHS spokesperson told SBS News information about the virus had been provided to all public housing estates from the beginning of the pandemic, including in languages other than English.

In early April, the Victorian Minister for Housing, Richard Wynne, wrote to all tenants regarding the increasing cases, symptoms, how to get tested and measures for avoiding transmission, the spokesperson said.

“Additional sanitisation services have been introduced at all high-rise towers during the pandemic, including regular cleaning of touch-points in common areas such as door handles and lift buttons, three times a day, seven days a week,” they said.

On Monday afternoon, a number of residents in the buildings told SBS News they had not received any food deliveries since the lock-down was introduced on Saturday, despite Mr Andrews stating all households had received fresh milk and bread.

Where food has been delivered, people have complained of out-of-date supplies, insufficient quantities or inappropriate ingredients, including pork being provided to Muslim families. 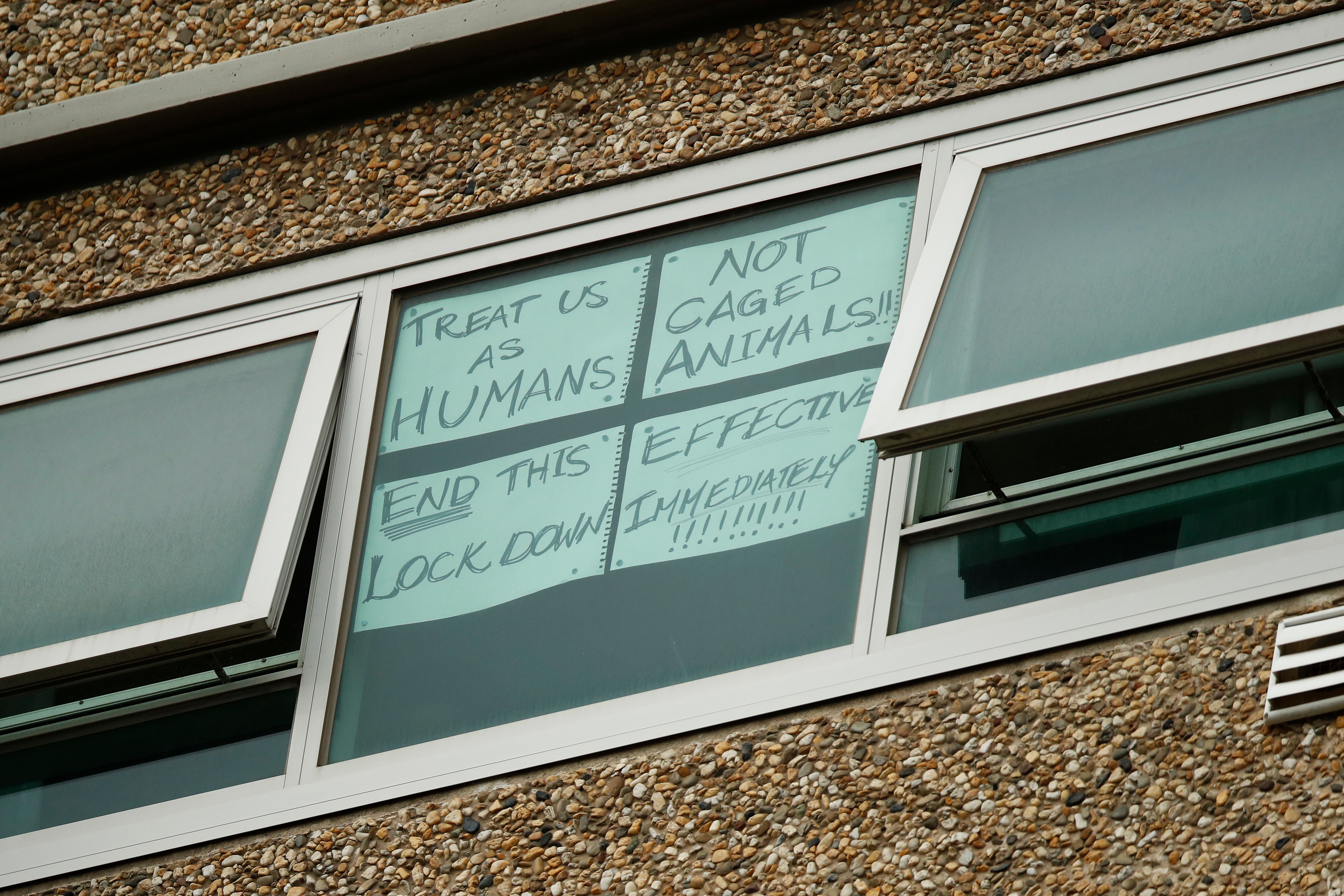 A sign is seen on a window at one of the public housing towers on Racecourse Road in Flemington, Melbourne.
AAP

In a letter to health authorities on Monday, the Melbourne Public Tenants Association, on behalf of residents of the nine buildings, described the food deliveries as “at best, questionable pre-packaged meat-like food items that does not look suitable for human consumption”.

“Furthermore, the delivery of the food was tossed to the floor on a single piece of paper in front of the residents’ apartment doors in small portions of one food item per household,” the letter continued.

Residents have also told SBS News of fears they will be unable to access essential items, like baby formula and nappies, and medication. 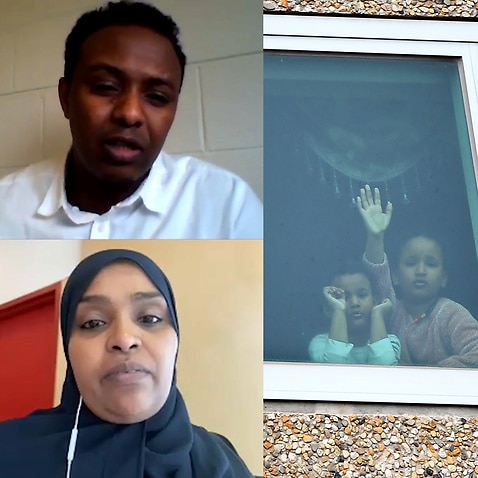 Janine Kelly, a resident of one of the Flemington towers, told SBS News she was “terrified” as she was at high risk of the virus due to suffering from emphysema and unsure when she would be able to access her daily medication.

The 50-year-old, who lives alone, said she had called the hotline but “hadn’t heard a word”.

"It's not something that we can go 'oh, yes, maybe, no' we'll just wait till you get it together. It's horrific," she said.

“I think it’s human rights abuse right now,” Ms Hassab said. “It’s just the worst-case scenario and it could have been managed better if they at least consulted with the community.”