Indian women have formed a 620km human chain to advocate for their right to enter a prominent Hindu temple.

Women in India have stood in solidarity to form a 620km ‘human chain’ calling for equal access to the Sabarimala shrine.

The Hindu temple located in the Southern Indian state of Kerala was historically off limits to women of menstruating age, with a ban restricting access to women aged between 10 and 50, according to the BBC.

But women who have tried to enter the Sabarimala temple since have faced persecution from protesters. 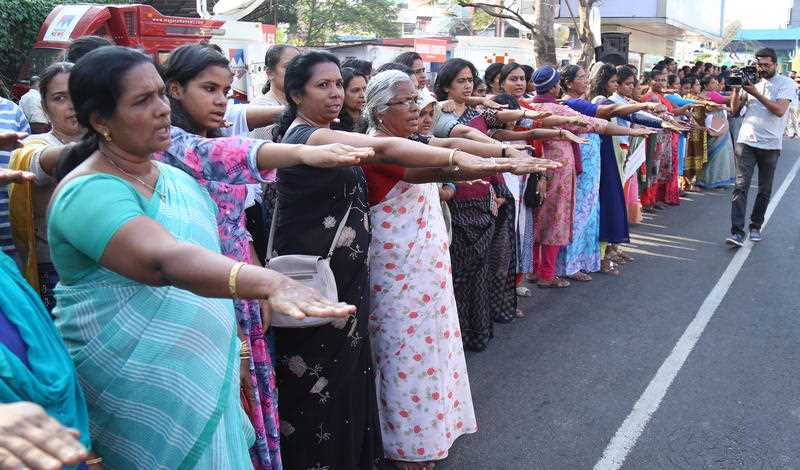 Indian women rise their hands as they pledge to protect the renaissance values and gender equality while participating in the 'Women's Wall' in Kochi, India.
EPA

Two women came close to reaching the temple in October, helped by 100 police protecting them from stone-throwing opponents, according to the BBC.

The police officers protected the women as they walked the last 5km stretch. But they were forced to stop metres from the temple after clashing with other protestors.

The decision to form the 620km wall was made in early December by the state’s left-wing CPI(M)-led government.

Kerala Chief Minister Pinarayi Vijayan declared the women’s wall was required to “protect the renaissance tradition of the state,” on Monday.

The wall is backed by many Hindu organisations that support the entry of women of all ages into the temple, according to the Indian Express. 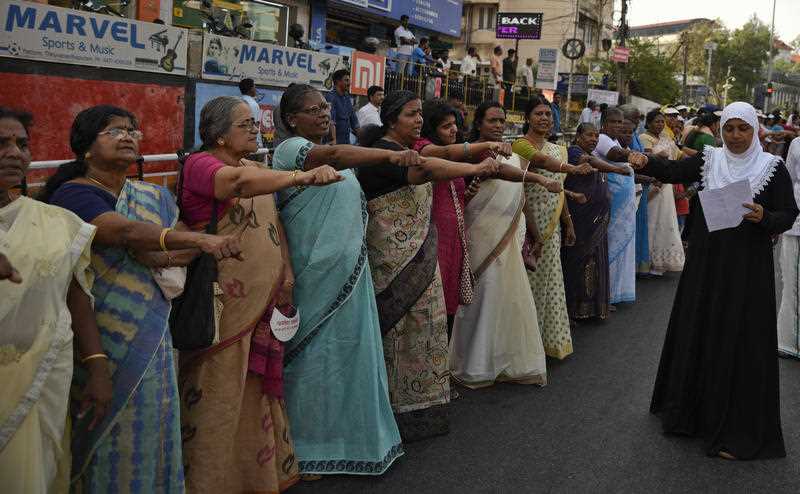 The wall was organized in the backdrop of conservative protestors blocking the entry of women of menstruating age at the Sabarimala temple.
AP

However, historically Hinduism sees menstruating women as unclean and they are told not to enter temples during this time.

Most temples allow women who are not menstruating to enter temples.

Those supporting the ban on women entering the Sabarimala shrine say it goes against the temple's idealogy.

The temple’s deity Lord Ayyappa is regarded as a bachelor who has taken an oat of celibacy.

Sabarimala is one of the largest Hindu pilgrimage sites in India.

The women's wall was also backed by protests in New Delhi. 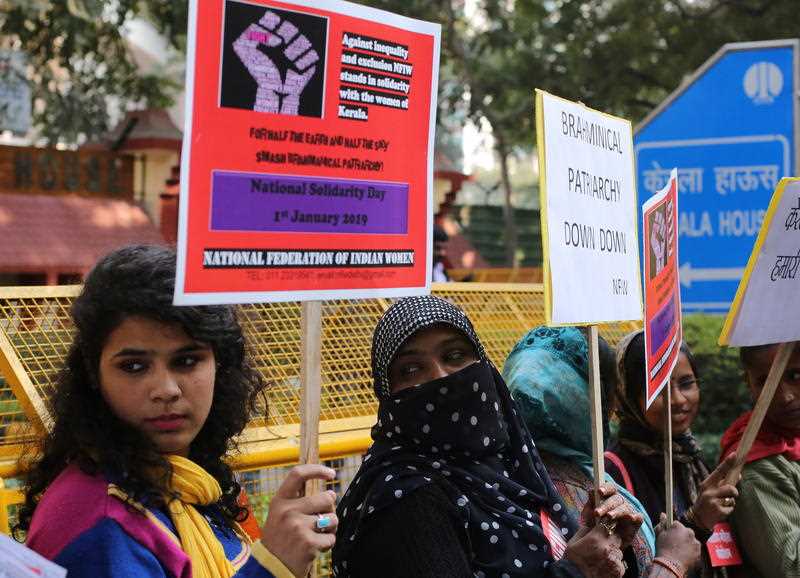