Australian of the Year Michelle Simmons shares her insights, alongside a science student and business owner.

This article is part of a series of SBS News stories marking National Science Week (11–19 August).

Science, technology, engineering and mathematics skills play a crucial role in supporting innovation and the Australian economy. But women only make up about one-fifth of the STEM workforce.

Educating students about their career possibilities within STEM-related fields remains a challenge, but experts say getting to those students when they're young and providing them with role models is one strategy to help develop their learning.

SBS News spoke with three women at various stages of their STEM careers to find out what motivates them. SBS
From a young age Michelle Simmons was interested in how the world worked.

"I looked around and saw the complexity of getting an aeroplane off the ground ... then I realised we were made up of atoms ... and my question was always 'if you could rearrange the atoms in a different way, what would you get?'" she told SBS News.

That curiosity led to a career in physics designing smaller, lightning-fast computers at the University of New South Wales, and in 2018 she was named Australian of the Year. Professor Simmons says quantum computers have the potential to change the world:

"It's been predicted to influence about 40 per cent of Australian industry, whether it's transportation ... more accurate and predictive weather forecasting ... drugs design ... all the way through to the finance sector looking at how to model profiles of customers."

But she was just one of three women in a class of 60 at university.

"When you look around the class it was a little bit strange ... but I think if you're passionate about a subject you don't tend to think about those things."

She acknowledges the sacrifices that have had to be made along the way.

"I've got a young family, so you've got to choose, do I come to the lab to do an experiment on a Sunday afternoon or do I go to that sports game," she said. "I've got a great support system, a terrific husband, and I've managed to make it work, but I do have to make those kinds of calls on a daily basis." With a love for science and mathematics, Tamina Pitt is now completing the final year of her computer engineering studies at the University of New South Wales.

One in ten students on her degree are women.

"When I was growing up I didn't see anybody that looked like me that was studying engineering," she said, adding she didn't have any role models "that you can connect with" in the STEM field.

Her dedication to science saw her win NAIDOC's Youth of the Year Award in July along with two internships at Google.

"We built our own app that was kind of an image processing and security app and then the second time I was there I was working one on of their SDKs, which is a software development kits, which they sell to clients," she said.

Ms Pitt said she hoped to combine her Indigenous heritage with her love of science.

"I'll try and get a job as a software engineer and develop my skills ... looking at how I can use technology to help Indigenous people specifically, I think that's something I want to work on in the future." 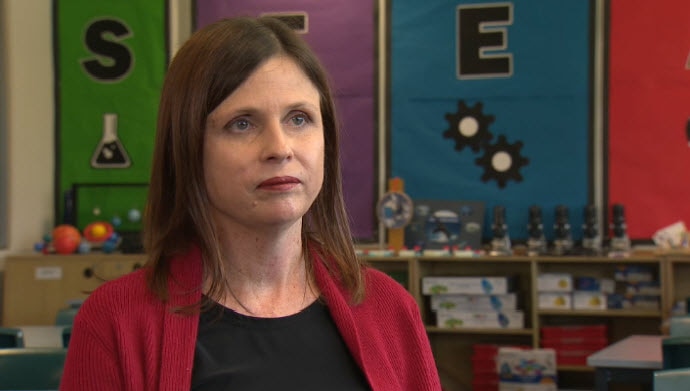 The small business owner told SBS News: "The staff are really enthusiastic about inspiring the children and I wanted to assist with that and provide extra resources ... I don't think you can inspire enough.

"The more that we can keep them interested in STEM ... we're going to have more of them in university degrees and more of them going into roles that are important for the country." Natalie has led a varied career, graduating with a chemistry degree, then working with the Australian Nuclear Science and Technology Organisation. She later set up her own company, Gemaker, with a team of 15 - mostly women - helping researchers market their ideas.

"We help them to put plans in place, find funding, help connect them with customers ... commercialising any technology takes a very long time."

"The STEM degree really gave me good skills at complex problem solving, and so everything that I have is something new that someone is taking to market and I have to work out how."