The 2020-21 federal budget has set aside $240 million to boost women's participation in the workplace but Labor and women's advocates say it's not enough.

Labor and advocacy groups say women have been "left out and left behind" by Australia's federal budget, dismissing the Coalition's $240 million package aimed at boosting women's participation in the workplace.

Handing down the budget on Tuesday evening, Treasurer Josh Frydenberg acknowledged women made up the majority of people who lost their jobs in the wake of the COVID-19 pandemic and said he was determined to see female participation in the workforce reach its pre-coronavirus record-high.

But Labor's spokesperson for women Julie Collins said women were being "left out and left behind" under Mr Frydenberg's second budget as Treasurer. Women were already more likely to be employed in insecure industries.
AAP

"The budget contains nothing to address significant job losses in industries dominated by females. Nothing new on fixing the gender pay gap, super balances, or domestic and family violence services," she said. The package includes $25.1 million to go towards new cadetships and apprenticeships for women in science, technology, engineering, and mathematics (STEM) and other male-dominated industries.

Meanwhile $50 million will go towards expanding grants for women's development and leadership and establish a council to fight sexual harassment in the workplace. 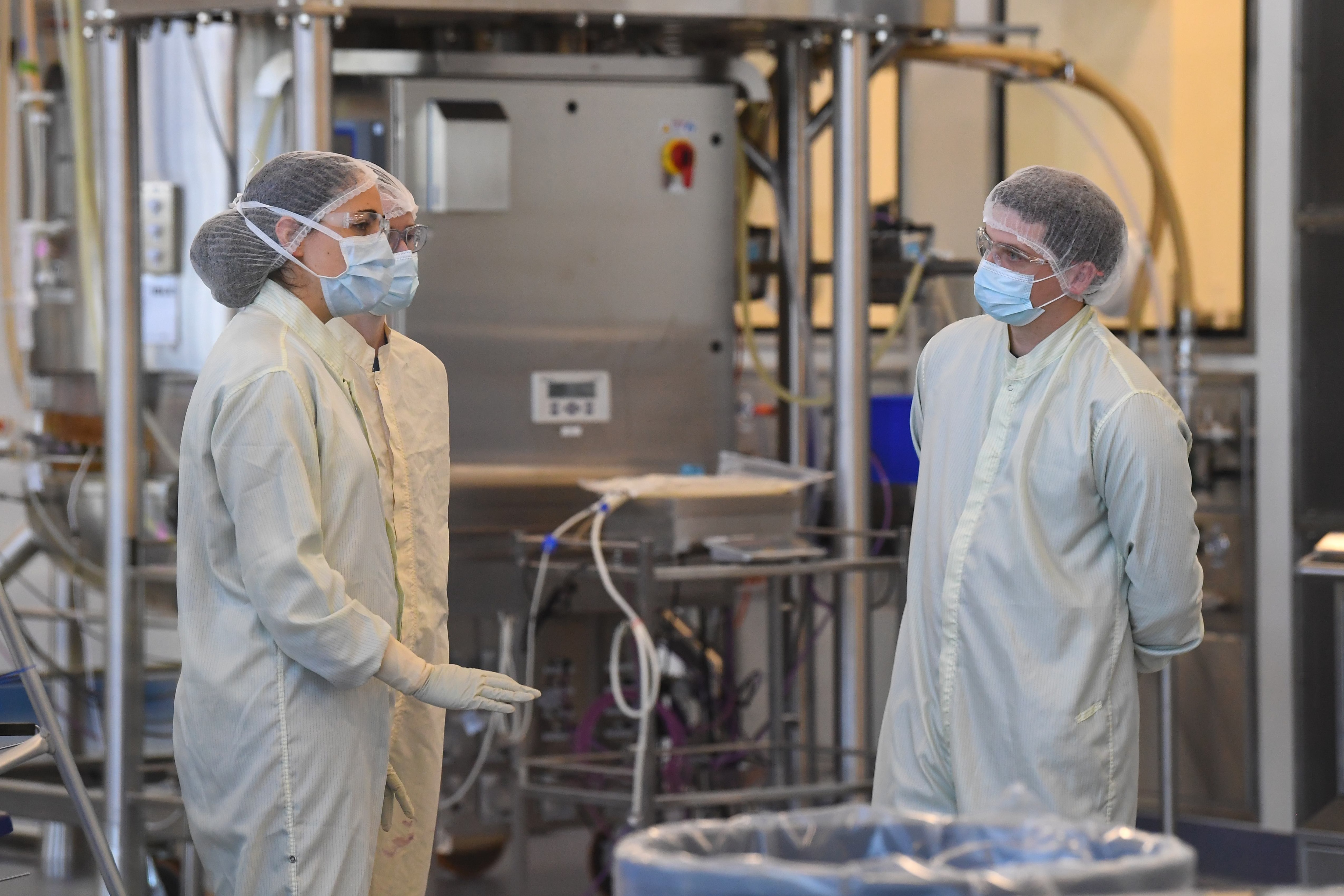 The government is supporting women to forge careers in STEM fields.
AAP

"When women feel safe and valued, they are able to participate fully in civic, social and economic life."

But the COVID-19 pandemic has raised additional challenges for women in the workforce, including the closure of childcare centres and schools.

It seems women have been left out of #Budget2020 even though they have been on the front lines fighting the pandemic & they have lost the most jobs.

New measures for the childcare sector were largely absent in the budget, other than extended funding for services in Victoria until the end of January.

Women in female-dominated industries such as hospitality and retail were also among the most severely impacted by COVID-19 lockdowns, with women over the age of 45 already the most likely group to be on JobSeeker prior to the pandemic.

The Morrison Government is spending half as much on the women’s economic security package as they are on a new computer system for Services Australia. #Budget2021 #auspol

Labor Senator Jenny McAllister tweeted that the government was spending double the amount they were on the women's economic security package on a new computer system for Services Australia, the government agency responsible for welfare, health, and child support payments.

Secretary of the Australian Council of Trade Unions Sally McManus also said it appeared women had been left out of the budget "even though they have been on the front lines fighting the pandemic", while the NSW Older Women's Network said, "51 per cent of the population have been sidelined". "Women have lost the majority of jobs and hours in COVID-19. They have been the frontline of the crisis in health, education, and retail," said Rae Cooper, a professor of gender, work and employment relations at the University of Sydney.

"They deserved better than they have been treated by the government."

Prime Minister Scott Morrison defended the government's plan to ensure economic opportunities for women during Parliament Question Time on Wednesday, stating they were "on the road" to pre-pandemic record levels of participation.

He said many of the broader budget measures, including the new JobMaker program, would also benefit women who make up more than half of the Australian population, while touting the addition of ovarian cancer drug Lynparza to the Pharmaceutical Benefits Scheme.

"We have been able to list so many drugs that support women in this country, because we've provisioned for it, we've budgeted for it, we've run an economy that can pay for it," he said.

The federal government last month announced 40 new projects under its Safe Places plan to provide women and children escaping domestic and family violence with somewhere to stay. It is expected to accommodate about 6,000 people each year.