The UN's Environment Programme says government fossil fuel production plans this decade are "dangerously out of sync" with the emissions cuts needed. 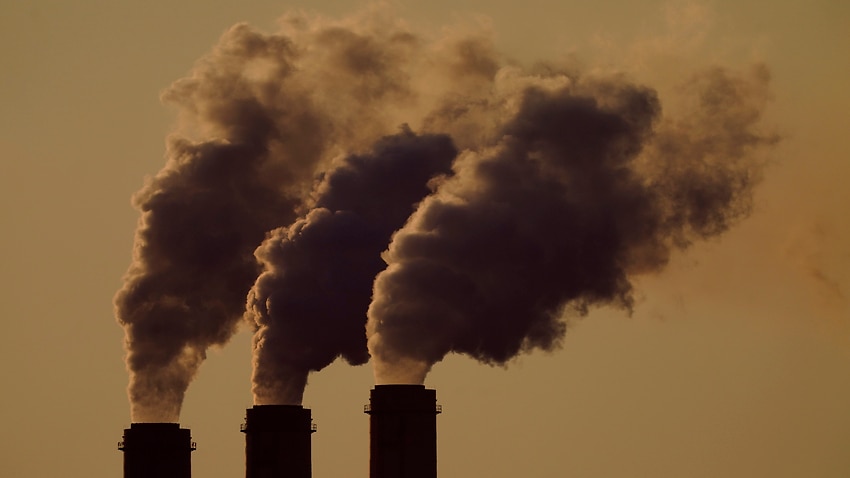 Emissions from the smokestacks at the Jeffrey Energy Center coal power plant as the suns sets, near Emmett, Kansas, United States. Source: AP

The world's nations are currently planning to produce more than double the amount of coal, oil and gas consistent with limiting global warming to 1.5 degrees Celsius, the United Nations says.

Less than two weeks before a climate summit that is being billed as key to the viability of the Paris Agreement temperature goals, the UN's Environment Programme said on Wednesday that government fossil fuel production plans this decade were "dangerously out of sync" with the emissions cuts needed.

The UN says emissions must go down nearly 50 per cent by 2030 and to net-zero by mid century to limit warming to 1.5C above preindustrial levels.

But its Production Gap report found that total fossil fuel production would likely increase until at least 2040.

Development plans would produce 110 per cent more fossil fuels this decade than consistent with limiting global warming to 1.5C, and 45 per cent more than for a world where temperatures increase 2C.

"The research is clear: global coal, oil and gas production must start declining immediately and steeply to be consistent with limiting long-term warming to 1.5C," said Ploy Achakulwisut, a lead report author from the Stockholm Environment Institute.

"However, governments continue to plan for and support levels of fossil fuel production that are vastly in excess of what we can safely burn."

With 1.1C of warming so far, Earth is being pummelled by ever-more-frequent drought, floods and storms supercharged by rising sea levels.

The 2015 Paris deal saw countries commit to limiting warming to between 1.5C and 2C through sweeping emissions cuts.

Under the deal, every signatory must submit renewed emissions-cutting plans - known as National Determined Contributions, or NDCs - every five years.

In an assessment last month the UN said that, taken together, countries' latest NDCs - assuming they are fulfilled - put Earth on course to reach a "catastrophic" 2.7C of warming by 2100.

The organisers of COP26, which starts in Glasgow on 31 October, say they want the summit to keep the 1.5C temperature goal within reach.

Michael Lazarus, a co-author of Wednesday's report, said the difference between countries' NDCs and production plans was "the major mismatch" in climate diplomacy right now.

"Even in the face of inevitable decarbonisation away from fossil fuels, some countries are speeding up their investments in activities to promote fossil fuel production, vowing to remain the last ones standing," he said.

Last week the International Energy Agency said that the use of coal - the most polluting fossil fuel - had in fact increased since the start of the COVID-19 pandemic. In May it said that no new oil and gas production was compatible with 1.5C.

Wednesday's report showed that governments planned to produce around 240 per cent more coal by 2030 than the 1.5C goal allows.

In order to achieve carbon neutrality and avoid blowing past the 1.5C goal, Mr Lazarus said that "we don't need production in new fields at this point".

“Countries need to acknowledge the need for a just and equitable transition and report on how their production plans align with their climate plans," he said.