Australian Wildlife Conservancy is behind the 44-kilometre fence, intended to create a "feral-free area".

The world's longest cat-proof fence has been built in central Australia to help create a "feral-free area" for local wildlife.

Conservation organisation Australian Wildlife Conservancy is behind the 44km fence, which it called a "massive undertaking". 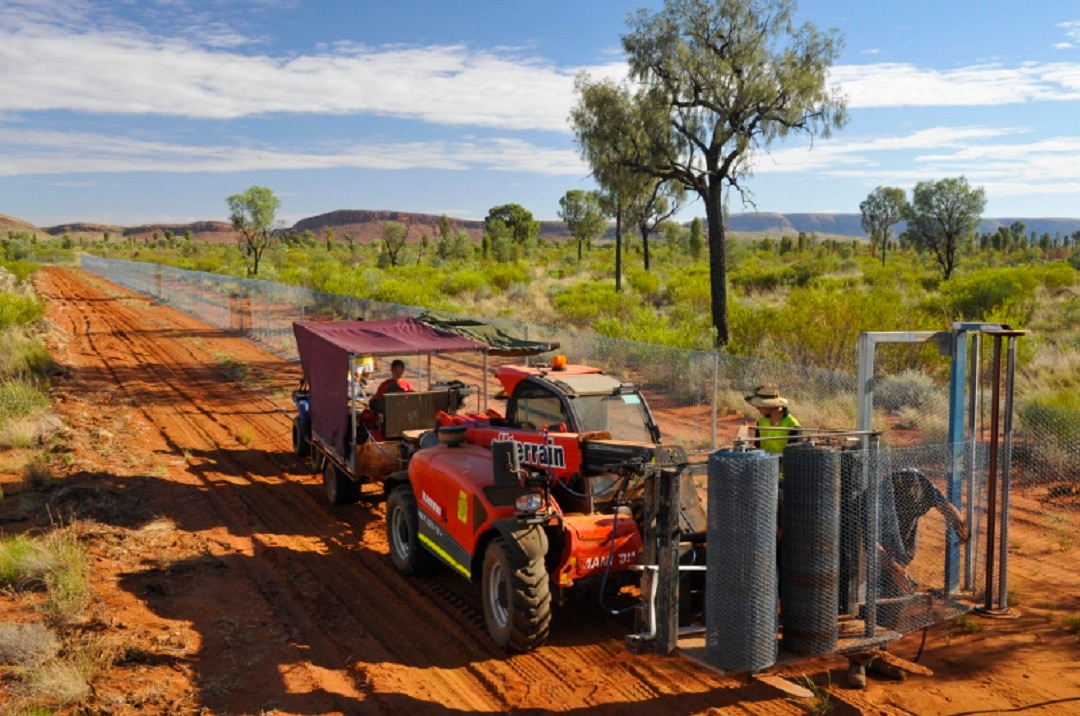 The group said the sanctuary will deliver a substantial increase in the population of at least 11 nationally threatened mammal species, which are often killed by feral cats.

"Across Australia, feral cats kill millions of native animals every night. Cats and foxes are the primary reason why Australia has the worst mammal extinction rate in the world," AWC material says.

The 9,390-hectare space is located at the Newhaven Wildlife Sanctuary, 350km north-west of Alice Springs.

It will reportedly become the largest cat-free area on mainland Australia.

The next step at Newhaven is to remove feral cats from within the fenced area. Already, over 60 feral cats have been removed.

Threatened mammals which have become regionally extinct will be reintroduced to the area including mala, a tiny hare-wallaby which stands just 30cm tall. AWC has previously said there is a "feral cat crisis" in Australia.

A 2017 study found that feral cats cover over 99.8 per cent of Australia's land area.

"Australia's total feral cat population fluctuates between 2.1 million when times are lean, up to 6.3 million when widespread rain results in plenty of available prey," said Dr Sarah Legge from The University of Queensland.

"At the moment feral cats are undermining the efforts of conservation managers and threatened species recovery teams across Australia."